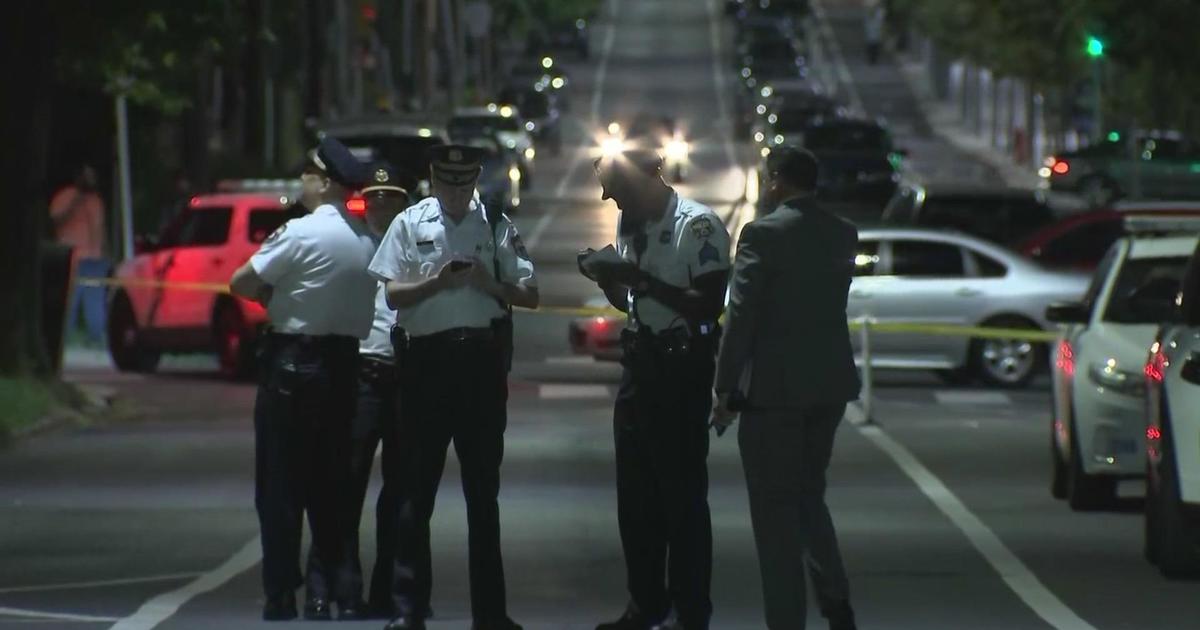 PHILADELPHIA (CBS) — An 8-year-old girl was struck by a stray bullet after a shootout near Temple University. It happened just before 9 p.m. Thursday in the 1500 block of North 13th Street.

Investigators say a dark-colored vehicle pulled up on North 13th Street and then parked. Several men exited the vehicle, police said, and appeared to wait for a white vehicle that was driving northbound on 13th Street.

The several male suspects then opened fire at the white vehicle, police said. A 20-year-old man who was a passenger in the vehicle was struck in the leg.

The 8-year-old girl standing in front of her house suffered a graze wound to her head by a stray bullet, police said.

“Clearly, this 8-year-old female was standing in front of her house when she was struck by stray gunfire,” Chief Inspector Scott Small said.

The girl was rushed to Temple University Hospital and then transferred to St. Christopher’s Hospital for Children.

Small said the white vehicle was involved in an accident at 13th Street and Rising Sun Avenue. The vehicle had multiple gunshot holes in it.

The 20-year-old man who was shot in the leg walked himself to Temple hospital. He’s in stable condition, Small said.

Police believe the man was the intended target.

Over 40 shots were fired, investigators said. One shot hit a dorm at Temple University.

The shootout was captured on private surveillance cameras, Small said.

Temple issued an alert to students warning them of a shooting near campus and to avoid the area.

“All I heard is a loud car screech and I heard gunshots and the glass just breaking,” one student said. “I was shocked.”

“Thought we heard fireworks from down the street,” another student said. “We thought since the echo it couldn’t be gunshots and then we got the Citizen alert and the TU alert.”

Philadelphia Police Commissioner Danielle Outlaw released a statement on Twitter reading, “On a beautiful fall evening in our city, a group of cowards with guns waited on a residential street to open fire on a passing car. Dozens of shots were fired. An adult male in the vehicle was struck in the leg – and so was a little 8 year old girl who was standing across… …the street. By the grace of God, they will recover physically. To those responsible: stop putting our resident’s (sic) – our children’s – lives at risk! @phillypolice will find you, and bring you to justice.”

5 of the most popular Netflix comedy series to watch right…