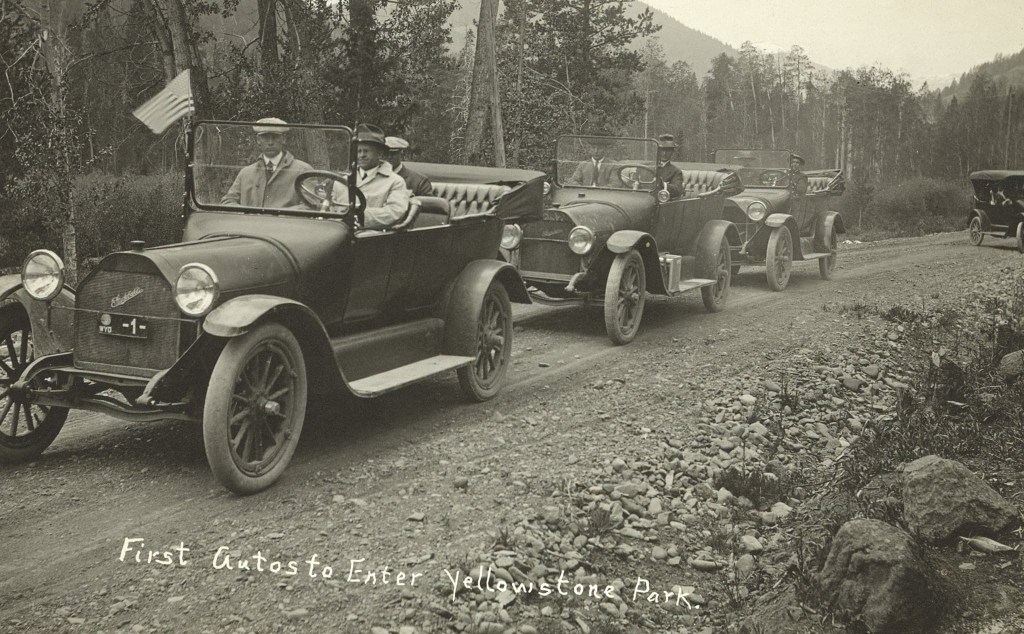 MONTEVIDEO, Minn. — In the beginning, there were no roads.

Yet, in the span of only seven years — 1912 to 1919 — the Yellowstone Trail came to be. The coast-to-coast car route was built by the communities along a zigzag path from Plymouth Rock, Mass., to Puget Sound, Wash.

“A kind of lightning storm that was behind this project back in the day,” said Jim Roe, of Jim Roe Museum Planning, when describing how one of America’s first transcontinental routes was built.

“It was all through the cooperation of local communities banding together and working for this route,” he said.

Roe outlined plans for a modern-day version of the trail for the Yellowstone Trail Alliance of Western Minnesota on Nov. 17 in Montevideo.

With the Renville County Historical Society as the lead, a local alliance of communities and historical societies is looking to follow the lead of the original Yellowstone Trail Alliance and promote tourism and commerce along the route, which in western Minnesota largely follows U.S. Highway 212.

Promoting tourism and commerce is exactly what motivated the founders of the route.

“I just can’t emphasize enough how much this was about commerce, promoting commerce, connecting people to these communities, much like it is today,” Roe said.

Roe developed the master plan for the alliance. It tells the history of the development of the route, and also offers suggestions for promoting tourism along the Minnesota portion of it today.

Much of the corridor “is unrecognized and underserved by tourism outlets,” according to Roe.

Roe encouraged the local alliance to develop a series of destination points along the route, as well as themed tours of the route.

In his master plan, Roe divides the route into five segments for promoting the attributes of each in Minnesota. They include the Minnesota River Valley — from Ortonville to Granite Falls — and the Prairie Towns — from Granite Falls to Norwood Young America. The eastern segments include the Big Woods, the Twin Cities, and the River Towns and Crossings to the St. Croix River.

Chrome yellow markers with black arrows were used to designate the trail in its early day. Its travelers also carried a blue book that offered written directions to follow.

Roe’s suggestion to update that guidebook is that the alliance develop a cellphone app that would offer directions, along with points of interest on the way.

Among his proposals for themed tours is a “trail of visionaries.” Travelers could visit sites where they can learn about some of the area’s historic figures. The visionaries could include people such as Michael Dowling, one of the route’s best-known founders, and Olof Swensson, whose story is told at the Swensson Farm Museum in Chippewa County between Montevideo and Granite Falls.

Themed tours could also focus on subjects ranging from agriculture to veterans. There are many urban residents eager to learn about agriculture, and this area has much to tell, he noted. There are also 30 to 40 different veterans memorials located in communities along the trail’s route in Minnesota, he said.

The local alliance obtained Legacy grant funds through the Minnesota Historical Society to develop the master plan. Its goals for the next four to five years include mimicking the strategy of the route’s original founders by developing printed guides and maps and, possibly, the phone app.

Roe expressed optimism. He said he found a lot of enthusiasm out there from people who are interested in the historical and cultural assets found along the route.

He also spoke to the challenges. To be honest, he said at the onset of his presentation, he had never heard of the Yellowstone Trail until contacted about taking on the project.

To his surprise, he soon discovered that his own family had ties to the trail: His grandmother operated the Granite Cafe in Granite Falls, right on the Yellowstone Trail. He learned that his office near the Science Museum of Minnesota in St. Paul is also located along a segment of the route.

His work also showed him that the goals of today’s Yellowstone Trail Alliance of Western Minnesota are very much like those of the trail’s founders, he said.