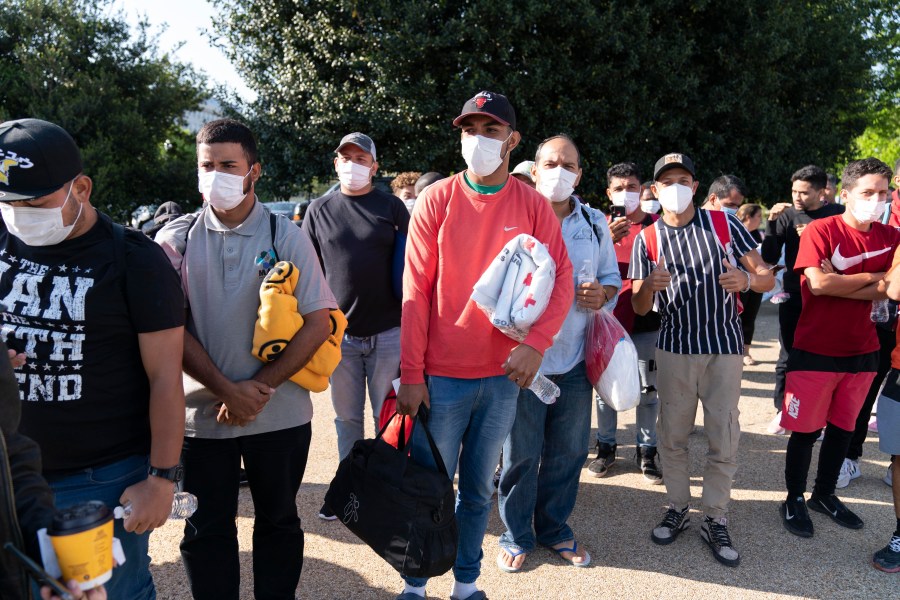 In early April, Abbott announced a plan for Texas to organize charter buses to transport migrants who have crossed the border and agree to it to Washington, D.C. The first bus for the capital city arrived April 13, and now Abbott is saying New York City will be added as a drop-off location.

PAST COVERAGE: Bus with migrants sent by Texas governor arrives in DC

Abbott said in a statement NYC is an “ideal destination” for migrants, who can receive an “abundance of city services and housing” there. Friday’s group was taken to Port Authority Bus Terminal, gate 14, in Manhattan.

More than 6,500 migrants on more than 150 buses have left Texas and been dropped off in D.C. since the effort was launched in April, according Renae Eze, the governor’s press secretary.

The migrant transport plan was forged as the Biden administration moved to end Title 42, a policy enacted at the start of the pandemic in March 2020 that expels migrants from the U.S. without giving them a chance to request asylum.

In late May, a federal judge ruled Title 42 must stay in place, but a month later, the U.S. Supreme Court said the Biden administration had the right to end the immigration policy and sent the case back to the district court to determine if terminating the policy violated any administrative laws, the Texas Tribune reported.

How much each bus costs is unknown. Abbott directed the Texas Department of Emergency Management to charter the buses for transporting migrants but has not publicly shared how much this is costing. On April 27, the governor launched a donation portal asking people to donate directly to fund these buses.

KXAN submitted an open records request with TDEM to find out the cost of each bus and transportation across the country.

“Because of President Biden’s continued refusal to acknowledge the crisis caused by his open border policies, the State of Texas has had to take unprecedented action to keep our communities safe,” Abbott said in a press release on Friday.

Abbott’s spokesperson said there were about 50 migrants on this bus that arrived in NYC Friday. On Wednesday, Adams declined the governor’s offer to visit the Texas-Mexico border.

“Governor Abbott is finally admitting to what we’ve known he’s been doing all along. His continued use of human beings as political pawns is disgusting, and an embarrassing stain on the state of Texas. New York will continue to welcome asylum seekers with open arms, as we have always have, but we are asking for resources to help do so. We need Washington, DC’s assistance in dealing with the cruel political games being played by inept politicians like the governor of Texas.”