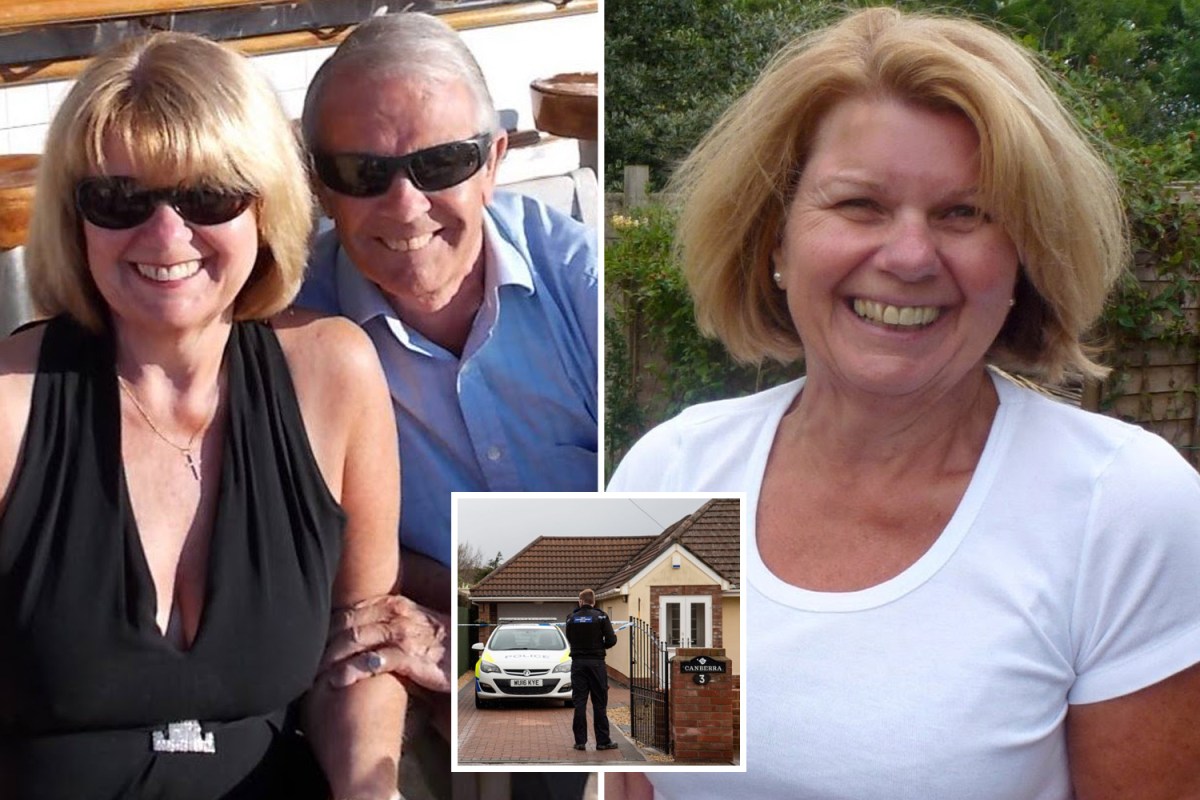 AN abuse wife who stabbed her husband to death joked with cops about being arrested in her Marks & Spencer pyjamas, a court heard.

Penelope Jackson, 66, knifed her husband David, a retired lieutenant colonel, three times in the kitchen of their bungalow in Berrow, Somerset.

Jackson was later taken to Bridgwater Station in Somerset where she spoke openly about what happened, the jury was told.

The former Ministry of Defence accountant asked officers: “Do you usually have murderers where they’re wearing Marks & Spencer pyjamas?”

She added: “I did it. Why I did it is a different issue. Am I sorry? No. And you can take that. Yeah, I’m not sorry. It’s been a long time coming.”

The defendant also assured officers: “I haven’t got the knife with me, don’t laugh.”

One replied: “I can assure you we’re not laughing.”

Jurors were shown footage of the 66-year-old being arrested on the third day of her trial at Bristol Crown Court on Wednesday.

Her husband of 24 years, 78-year-old David Jackson, was bleeding to death wearing only his underpants when officers arrived at his home on February 13 this year.

At one point, Jackson was advised to stop talking until she had legal representation.

But she continued, saying: “I know what I’ve done and why I’ve done it and if I haven’t done it properly I’m really annoyed.

“There’s no issue, I stabbed him, he’s an aggressive bully and nasty and I’ve had enough.”

Sitting in the dock yesterday, Jackson had her head in her hands at times as the court was shown footage of the night of her arrest.

At one point she was shown standing outside her front door, telling police: “I admit it all. He’s on the kitchen floor. With any luck, you’ll be too late.

“I am totally compos mentis, whatever. He deserved it, so do not judge me.”

Jackson is said to have used an eight-inch filleting knife to attack her husband.

She also has a tattoo above her right buttock that reads ‘Property of David Jackson’, the third day of the murder trial heard.

A friend, Veronica Statham, told the jury she believed the attack was done “in a fit of pique”.

She added: “I got the impression she had done it to be a bit controversial.

Jackson admits manslaughter of the retired lieutenant colonel but denies murder, claiming her husband was coercive and controlling and also physically violent towards her.

But a number of friends and relatives have given evidence to say they never saw any sign that the couple were unhappy together.

Several described the defendant as the more outgoing of the two.

Julie Smith, an old friend of Jackson whom she had met when they both worked in accounts and administration at the Ministry of Defence, said she would often have one-to-one calls with her.

She told the court: “David was quiet, unassuming, sociable, a good man, Penelope was sociable and gregarious.

“They both had quite strong views so they were similar in that respect.”

Ms Smith continued: “They seemed to rub along quite well, just little disagreements like any married couple.”

She added that she had never seen any aggression between the pair, saying: “They seemed comfortable in each other’s company.”

Mrs Smith said the defendant and the victim had enjoyed travel, going on several cruises a year and often spending the winter months in Spain.

The trial, which is expected to last three weeks, continues.

After Budget ’22, longer-term focus shifts to Commission on Taxation

Glandore’s Michael Kelly: ‘We are a launch pad for…

Jam on toast stopped unborn baby being strangled by…

Glandore’s Michael Kelly: ‘We are…