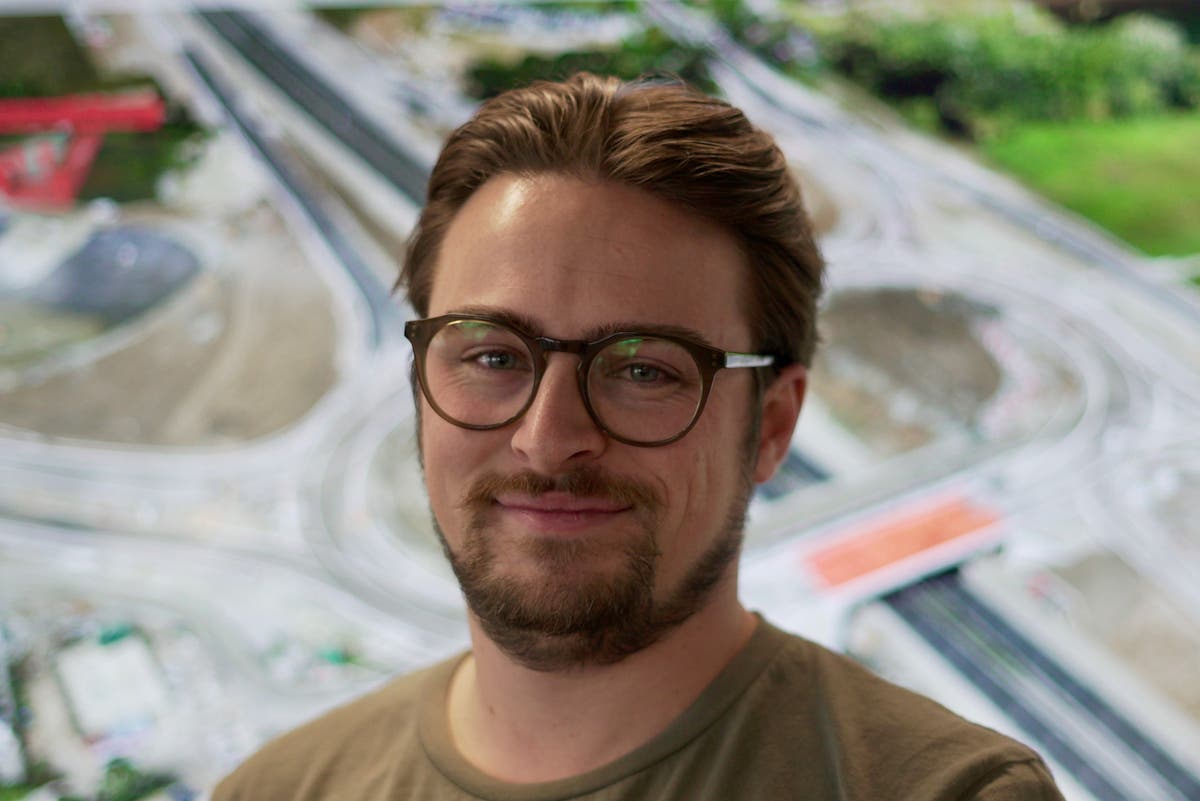 “Fame is not my ambition,” he says.

Good thing too, as he’s hard to find. He’s not that James Dean from Rebel Without a Cause, which means “you can never Google me. Nothing comes up that’s actually on me if you look up my name, and that’s great.”

The success of Sensat, the start-up he’s built which “puts the real world into a computer’s language for the first time”, might change that.

The computer mapping software newcomer has won cash from the UK Government and the co-founder of Facebook. Expansion to the US is on the cards.

Dean had the idea while working as a quantitative analyst at Barclays. He bought a toy drone for Christmas 2015 and was enamoured by its birds’ eye view of the world. Dean previously studied the planet via Nasa satellites at university in California “but this was the first time I’d seen Earth — something as mundane as my parents’ house — from 50m above it.”

He started to think about building a system that could map the real world from above and turn it into something understandable to AI. Then (and perhaps even more ground-breaking) Dean convinced his investment banker boss to let him work three days a week.

The gamble paid off. Sensat’s clients now include HS2, Millbrook’s autonomous vehicle testing track, and the hottest place in the solar system (work for the UK Atomic Authority included its nuclear fusion reactors). Major infrastructure projects use Sensat’s drone photography to turn minuscule objects — like pieces of soil — into code which computers can read and analyse.

“I realised all this digital mapping was pointless if no one could use it,” says Dean. “We needed to build the platform to actually be able to work with the data. That’s what makes us unique: we’re the technology system that allows users to stream the data through the web, in the same way Netflix allows you to access films. In our digital worlds the computer can count how many cars or trees there are on a vast site in a second.”

Dean excitedly pulls up Sensat’s digital mapping of the Commonwealth Games athletes village being built in Birmingham and another of the M25, zooming into piles of soil and paths so swiftly I almost expect to see individual ants marching along.

“We have 110 billion data points for the M25, for example,” he says. “If works are being carried out there we can very rapidly help them to be efficient with heavy machinery — what’s working where, and when — to make it more efficient.”

Sensat calculated its technology saved HS2 contractors £65 million a year “just by knocking out the surplus and unnecessary site visits.”

Not everyone instantly understands the tech. “I was at Downing Street talking to the Prime Minister [about Sensat] a few weeks ago and [Culture Secretary] Nadine Dorries said, ‘I’ve had something similar for my kitchen’,” Dean laughs.

Sensat has raised $30 million to date from investors including China’s Tencent, Facebook co-founder Eduardo Saverin and the Government’s Innovate UK.

Dean is an intense, bright 30-year-old who works out of an identikit-looking office opposite his Shoreditch flat. His firm may be the only start-up on Old Street without astroturf and a ping pong table.

The company grew rapidly during lockdown, from 30 staff to 94 today, and is now hunting for a new, larger office. That will likely mean a longer commute for Dean, he laments.

Sensat is entering the US, Canada and Australia next year, when turnover is expected to hit £10 million, up from £3 million this year.

“So much of what we’ve built hasn’t even come to fruition yet, I’d be gutted if it finished now with so many unrealised things still to come,” Dean says. “We want to be Europe’s first trillion-dollar company.

“That’s the inevitable conclusion of what we’re building in the next wave of value creation for some of the largest and most fundamental industries on the planet.”