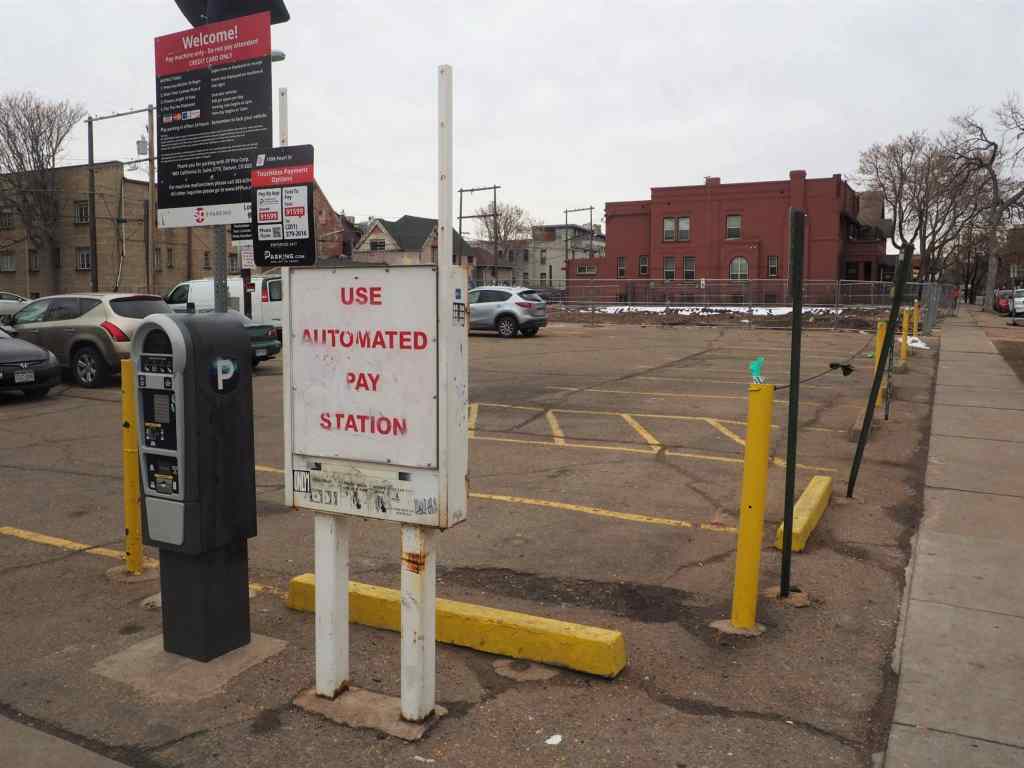 An apartment project has been proposed for a site in Uptown where the current owner previously planned a self-storage facility.

A concept plan submitted to the city of Denver last week calls for an eight-story, 165-unit apartment building to replace the parking lot at 618 E. 16th Ave., as well as two smaller parcels to the south.

The project would be developed by Mill Creek Residential, according to the plans. A local executive with the firm did not respond to a request for comment.

The building would have three levels of underground parking, with 166 total spaces, according to the plans. Apartments would range in size from 696 to 1,307 square feet.

The 0.6-acre site is owned by Centennial-based Ventana Capital, which primarily develops subdivisions in the suburbs, but which has also developed several local self-storage facilities. The firm paid $5.2 million for the site in April 2018, records show.

Last December, Ventana proposed a six-story self-storage facility at the site. Speaking to BusinessDen earlier this year, Ventana CEO Darwin Horan noted the influx of new apartments in the area, saying self-storage would be “a nice amenity for the multifamily, especially as apartments get smaller.”

The self-storage development proposal has been withdrawn, according to city records. Horan and Ventana did not respond to requests for comment.

Mill Creek has built a number of complexes in Denver. In late May, the firm paid $15 million for the 1.63-acre former Rocky Mountain Public Media site in the Golden Triangle, where it has proposed an eight-story project. Mill Creek is currently building a five-story complex in Cherry Creek, and recently proposed another one just a block away.

Scotland could become first country in world with self-harm strategy

These are the 10 healthiest breeds of adorable dog that…

When do the clocks go back in 2021? Exact time of Daylight…

These are the 10 healthiest breeds of…