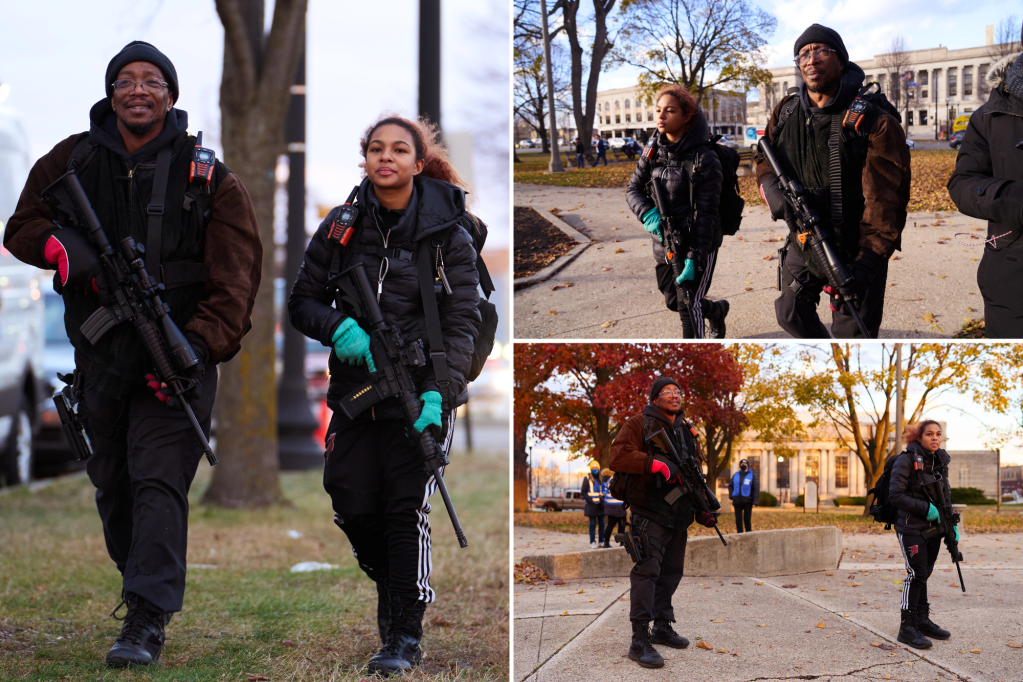 KENOSHA, WI — Protesters upset over the acquittal of Kyle Rittenhouse marched in Kenosha on Sunday — in the presence of a Second Amendment-supporting father-daughter duo armed with AR-15s they said were to protect the demonstrators.

“We just do security for different groups. We’re doing a favor for them,” Erick Jordan, 50, told The Post while walking alongside his 16-year-old daughter Jade.

Jordan said he’d been training Jade to use firearms since she was 4 but only let her touch a weapon once she was 14. He said they were protecting a restaurant and two parking lots in the area on the night Rittenhouse shot three people, including two fatally, amid protests over police conduct.

Rittenhouse has claimed he fired in self-defense, although, “I probably wouldn’t have fired my weapon,” Jade said.

Her father said of the verdict, “It is what it is.

“The jury did their job, and this is America,” he said.

The Jordans said they had been invited by march organizers to protect participants, who numbered about 75 in total. Demonstrators carried signs with messages such as, “The Whole System is Guilty!” and, “Cops and fascists give license to kill in the USA!”

The Rev. Jesse Jackson had been expected to attend the march but did not make it.