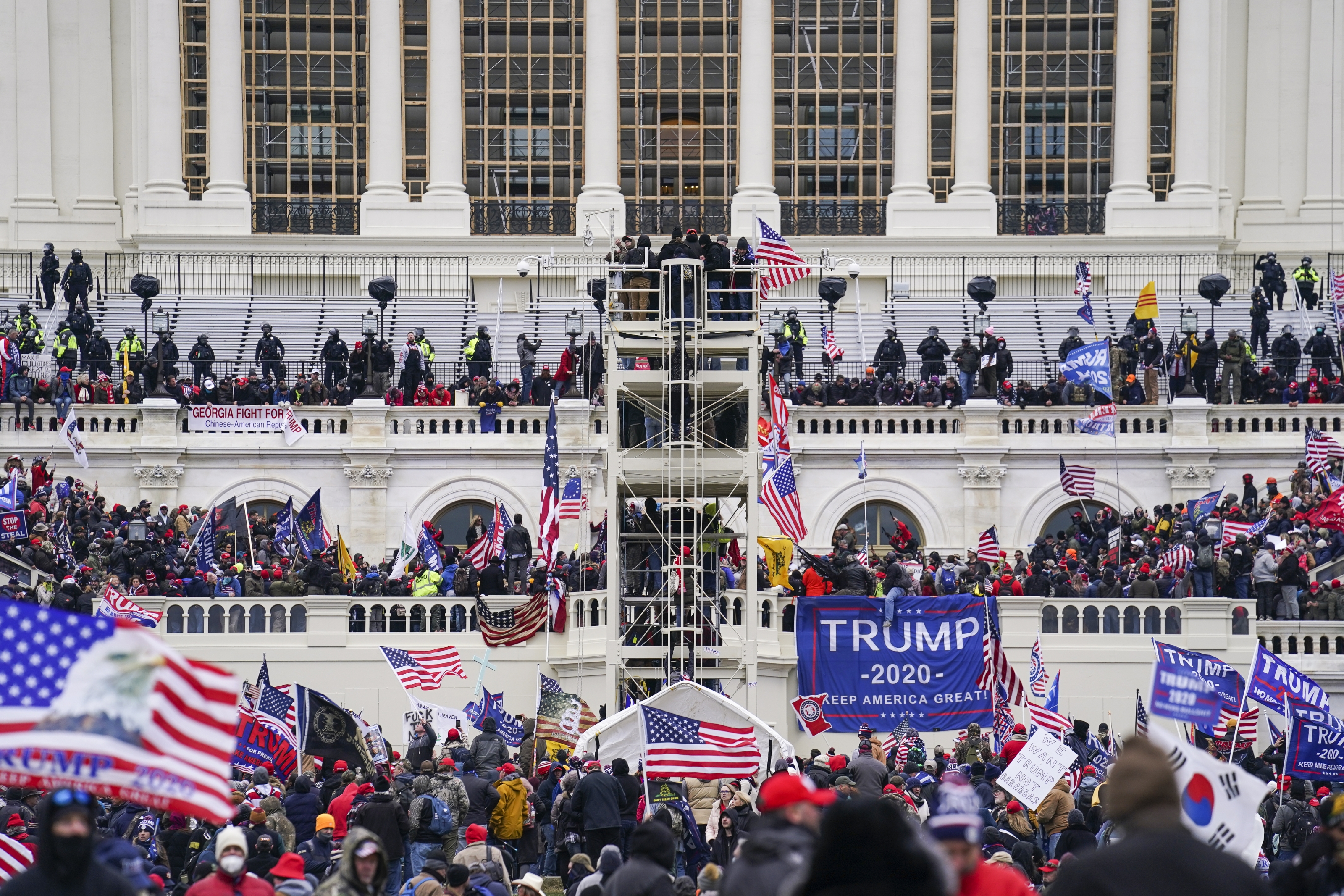 A New Jersey man facing a 12-count indictment for his role in the Jan. 6 breach of the Capitol is set to plead guilty.

A New Jersey man facing a 12-count indictment for his role in the Jan. 6 breach of the Capitol is set to plead guilty.

An attorney representing Scott Fairlamb said Wednesday that his client plans to plead guilty to assaulting an officer and obstructing an official proceeding in a hearing scheduled for Friday in Washington, D.C.

“He’s anxious to assume responsibility for what he’s done and continue forward with his life,” attorney Harley Breite told The Associated Press.

Fairlamb has been in jail in New Jersey and Washington, D.C., since his arrest in January. A federal judge in New Jersey initially ordered him released on bond with electronic monitoring, but reversed course after prosecutors filed an objection.

An affidavit filed in the case earlier this year shows a photo of someone authorities identified as Fairlamb allegedly punching a police officer in the head.

Authorities also alleged the former mixed martial arts fighter, who has owned a gym in Pompton Lakes in northwestern New Jersey, picked up a collapsible baton and is heard in a video saying patriots would “disarm them” and “storm” the Capitol.

A friend of Fairlamb’s identified him, and the FBI also compared still photos and videos of Fairlamb at the Capitol with his driver’s license photo, according to court documents.

“Even among other rioters, the defendant’s aggression stood out,” U.S. District Judge Royce Lamberth wrote in an April 26 opinion denying Fairlamb’s request to be released on bail. At a hearing a few days earlier, Lamberth called Fairlamb “completely out of control” and “a clear, future danger.”

The government is seeking a 51-month sentence for Fairlamb, Breite said Wednesday. He said he will argue for a lesser sentence.