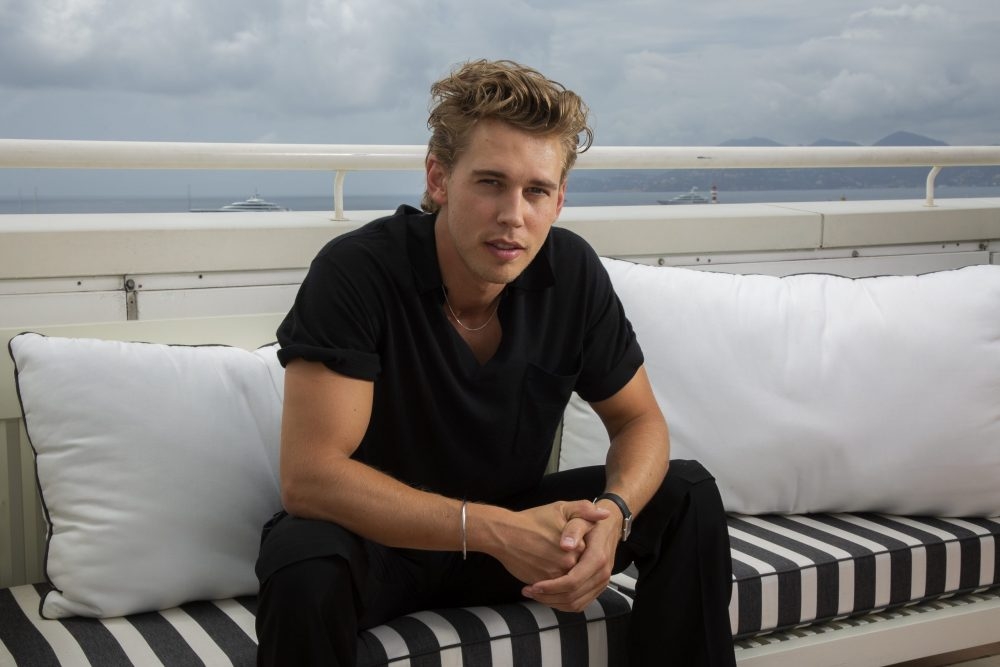 Until now, the Orange County, Calif., native was probably best known for playing Tex Watson in Quentin Tarantino’s Once Upon a Time … in Hollywood. If you’re a parent with tweens, you might also recognize him from The Shannara Chronicles and The Carrie Diaries.

But with Elvis in theatres now, the kinetic Baz Luhrmann-directed film is reviving one of the most timeless figures in the history of music to tell the King’s complete life story. Along with that, the critically acclaimed role of Elvis Presley is thrusting Butler, 30, on to the biggest stage of his life.

The process of letting go hasn’t been an easy one, he admits.

“When I was in the moment, playing the role, it really was this combination of exhilaration and nearly crippling terror,” Butler says in an interview in a downtown Toronto hotel. “It felt at times as if I was about to walk across the Grand Canyon on a tightrope.”

To nab the role, Butler beat out well-known names like Harry Styles, Miles Teller and Ansel Elgort, but the actor, who still speaks with a slight drawl reminiscent of Presley, says he completely immersed himself in the part over the course of two years.

Elvis, which Luhrmann (The Great Gatsby, Moulin Rouge!) co-writes, tells Presley’s life story through the eyes of his manipulative manager, Col. Tom Parker (Tom Hanks), who helped turn him into a global superstar, but worked behind the scenes to exploit his success for his own personal gain right up until the singer’s death in 1977 at the age of 42.

Parker narrates the story, giving his insights into the world of show business during Elvis’ reign.

“Elvis made a lot of good decisions and a lot of bad decisions,” Butler says softly. “He was complex in the way a lot of human beings are, but it was magnified by the fact that nobody had ever experienced that kind of fame before.”

To play Presley, Butler watched hours of footage of the late singer to copy his dance moves and be able to mimic his singing style. Mostly, though, he wanted to do right by Elvis’ wife Priscilla (played in the film by Olivia DeJonge), daughter Lisa Marie, his grandkids, “and all the people around the world who love him.”

“Right after I got the part, Baz and I went to Nashville and I was recording at RCA, which was Elvis’ old studio. I thought I was going to be treated with kid gloves and was going to get to record one line at a time singing Blue Suede Shoes or Heartbreak Hotel or Hound Dog,” Butler explains.

“Instead, the very first day, Baz said, ‘Let’s get everyone out of the offices of RCA, seat them in chairs facing Austin and we’ll have them heckle him while he sings.’ It was like what you imagine a nightmare to be,” Butler laughs.

“I was so terrified. But moments like that help you get used to that feeling of fear. There’s a fear of humiliation, a fear of failure and the fear of letting him and his family down. But that pressure pushes you.”

Sitting down to talk about it in a hotel suite overlooking University Ave., he says, is “therapy for me.”

“I’m glad I get to finally talk about it,” Butler says, smiling.

Elvis is a larger-than-life personality. How do you connect to something like that as an actor?

“In the beginning he felt so far away because he is so much larger than life. So I began absorbing everything. I read every book on his life … I felt almost like a detective having to seek out the truth. But what I discovered was that there was a deep sensitivity and spirituality to him. He had a lot going on in his mind, and those were human things I could connect to. Once I started tapping into that, he felt like he was getting closer and closer and he started to come into this clear picture. Then I started to feel like I was looking out of his eyes, and that was an amazing moment for me because I wasn’t having to think at that point.”

Was there one aspect of his personality you hope stays with the audience after they watch the film? He was a complicated guy.

“You’re right, he was a complicated guy. He was adored and loved, but a lot of people also hated him. Imagine being 21 years old and having people going crazy for you. That extreme adoration on one side, and then you have people saying you’re doing the devil’s work … It’s a conflicting thing. He was complicated from the moment he came out of his mother’s womb. But for me, I was so fascinated by this idea of: Who is Elvis Presley when he’s alone in his room at the end of the night? Those moments when he’s finally in the quiet after all the noise had died down.”

We apologize, but this video has failed to load.

What was the most surprising thing you discovered in your two years living as him?

“There were a number of things, but I think what stood out the most was putting the beginning of his life in context. That was the thing I knew the least about, historically. He was a twin. The first human contact he had was in the womb and (his brother) Jesse came out first and wasn’t alive. So his other half from the moment he’s born is gone. His mother experienced the most intense grief she’s ever felt and here comes Elvis. So he was seen as a miracle from the moment he was born. But that event shifted the rest of his life.

“Then he grows up dirt poor. He’s in one of the few white houses in a Black neighbourhood. You cannot tell Elvis’ story without the fact that we don’t have Elvis without Black music and Black culture. So you have to put that in context. His movement, the way he sang, the way he dressed, it was all inspired by what he loved as a little kid … So it’s about giving credit where credit is due.

We apologize, but this video has failed to load.

“When we were making the movie, the Black Lives Matter movement was happening … So I’m interested for people to see it and ask themselves, ‘What ways have we grown as a society?’ I saw the decisions he made that were great, moments that he spoke up through song, and other moments that he wasn’t the activist that say Marlon Brando was at that time. It brings up a lot of those questions that I think are really powerful at this time in the world.”

I imagine that getting the gig of Elvis is terrifying, but then you have to play him as well, which is a whole other thing? How do you overcome that?

“There’s a deep, deep fear being involved in something like this. So some of that was just throwing myself in the deep end very early … I was terrified, but moments like that help you get used to that feeling of fear. There’s a fear of humiliation, a fear of failure and the fear of letting him and his family down. But that pressure pushes you. I didn’t sleep for two years — I didn’t do anything else for two years (laughs). That obsession led to me never wanting to settle. I just kept trying to get deeper into him. So the terror ended up becoming like free energy. I didn’t need coffee because I’d wake up at three in the morning and I couldn’t go back to sleep. It’s a really sickening feeling, but then it’s accompanied by the honour of getting to live as him for two years.”

Priscilla Presley has shared her praise for the film on social media. Did she offer you any advice?

“She said very few words the first time I met her. It was more what was unsaid. It was looking in her eyes and knowing that these were the eyes that he looked into and knowing that this is the mother of his only child. She told me, ‘You have big shoes to fill, but you have a lot of support.’ ”

So how do you shake Elvis after two years of living as him?

“In the beginning, you cross the finish line and they say, ‘That’s a wrap.’ But I didn’t know what to do with myself. I really collapsed and I hadn’t focused on anything in my life as Austin. I hadn’t focused on the things that I love because I was always focused on things Elvis loved, and his dreams and his passions and his fears. It’s all through the lens of him. But then you get done and suddenly your life comes flooding back and suddenly it’s a shedding process. It took a while to let go. I had to find hobbies and be out in nature and take time to tap back into what was my reality.”

Elvis is in theatres now

From our newsroom to your inbox at noon, the latest headlines, stories, opinion and photos from the Toronto Sun.

Thanks for signing up!

A welcome email is on its way. If you don’t see it, please check your junk folder.

The next issue of Your Midday Sun will soon be in your inbox.

We encountered an issue signing you up. Please try again