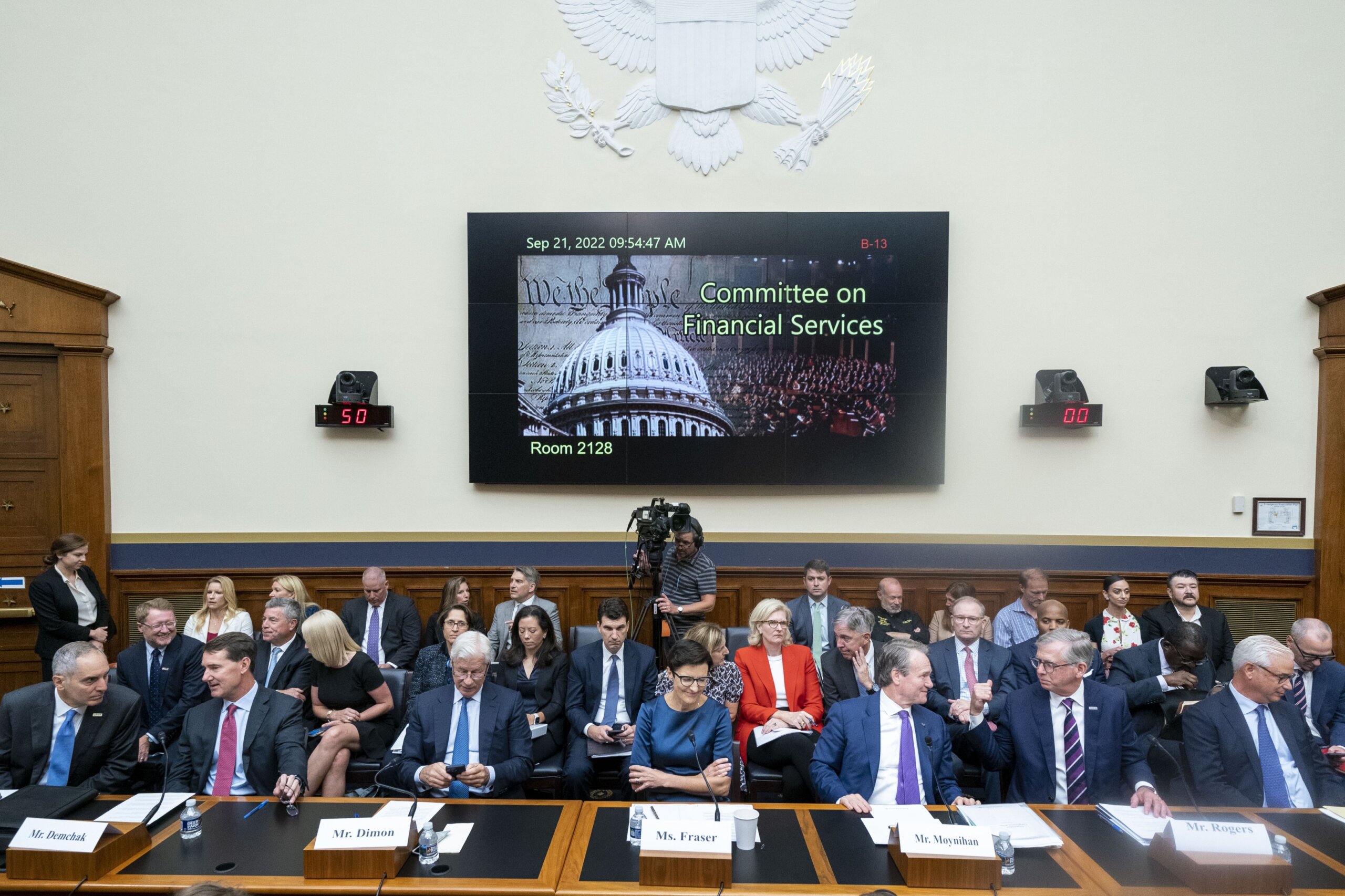 NEW YORK (AP) — The CEOs of the nation’s biggest banks returned to Capitol Hill for a second day Thursday,…

NEW YORK (AP) — The CEOs of the nation’s biggest banks returned to Capitol Hill for a second day Thursday, and Senate Democrats strongly urged them to do more to help and protect their customers, while Republicans questioned whether banks should weigh in on hot-button social issues.

The bank leaders testified at a time when prices for food and other necessities are the highest in decades. JPMorgan Chase’s Jamie Dimon, Citigroup’s Jane Fraser and five other chief executives repeated the message they gave to a House panel Wednesday: The U.S. consumer is in relatively good shape but faces threats from high inflation and rising interest rates.

Senators’ initial comments reflected the lingering populist anger toward Wall Street more than a decade after the financial crisis as well as the looming election.

“You are among the most powerful actors in our economy,” said Sen. Sherrod Brown, D-Ohio and the chairman of the Senate Banking Committee. “Your entire industry, and its substantial safety net are supported by American taxpayers. It’s past time for the financial industry to be as good to the American people as the country has been to you.”

While billed as hearings on everyday finances and industry oversight, the CEOs also received a hefty dose of election-year politics in both chambers of Congress.

“Ms. Fraser it’s good to see you because you’re about the only diversity we have seen in this industry,” said Sen. Bob Menendez, D-New Jersey.

Menendez homed in on overdraft fees, acknowledging that banks have made progress in reducing them but also pushing the CEOs to completely eliminate such fees. Most of the CEOs said they now generally offer no overdraft fee products, and expect to see their overdraft fee income continue to decline. Bank of America recently said its revenue from overdraft fees has fallen 90% from a year ago.

One of the more contentious discussions involved Zelle, the private peer-to-peer payment network jointly owned by the banks. Zelle has come under scrutiny because of rising complaints of bank customers unknowingly authorizing payments to scammers via Zelle, and being unable to get their funds back. In contrast, fraud and scams on credit cards are generally covered by the credit card companies.

Elizabeth Warren, D-Massachusetts, pressed the banks on the issue of Zelle’s safety. While acknowledging there are ways Zelle can be improved, the CEOs tried to differentiate Zelle from other peer-to-peer payment networks. The CEOs said services such as Cash App, Venmo or PayPal have significantly higher cases of fraud than Zelle.

“The issue is that a customer authorizes a transaction and it later turns out to be a scam, banks shouldn’t be on the hook for that,” said Brian Moynihan, CEO of Bank of America. He also said the scams account for a very small percentage of the transactions that take place via Zelle.

Republicans were focused on social issues, including banks making the decision to pay for employees’ abortion costs, gun rights and the financing of the oil and gas industry. Several senators also brought up the influence large asset managers like BlackRock and Vanguard have on corporations regarding social policies, because the asset managers are often the largest single shareholder in many of these companies.

“I can’t help but observe that when banks do weigh in on highly charged social and political issues, they seem to always come down on the liberal side,” said Sen. Pat Toomey, R-Pennsylvania, the top Republican on the committee.

Dimon seemed to agree with Toomey’s assertion that federal regulators as well as asset managers have the power to sway banks on issues like climate change or lending to oil and gas companies.

“Speaking for myself, (the regulators) are my judge, my jury and my hangman,” Dimon said. “They can do whatever they want unless constrained by you,” referring to Congress.

In response to a question on the asset managers, Dimon quipped, “It’s causing a lot of consternation among companies.”

Joining the CEOs of big Wall Street megabanks were the CEOs of three regional banking giants: U.S. Bank, Truist and PNC Financial. These three banks, with more than $500 billion in assets, were appearing for the first time in front of the House and Senate.

Regional banks have been merging and and growing quickly, which has made some top Democrats in Congress question whether they need to be more strictly regulated like the “too big to fail” banks such as JPMorgan and Citi.

“They are looking more like Wall Street than Main Street these days,” Brown said to reporters after the hearing ended. His counterpart in the House — Rep. Maxine Waters, D-California — has also called for stricter scrutiny of the regionals.