Beyoncé’s strange week of losing control of the narrative 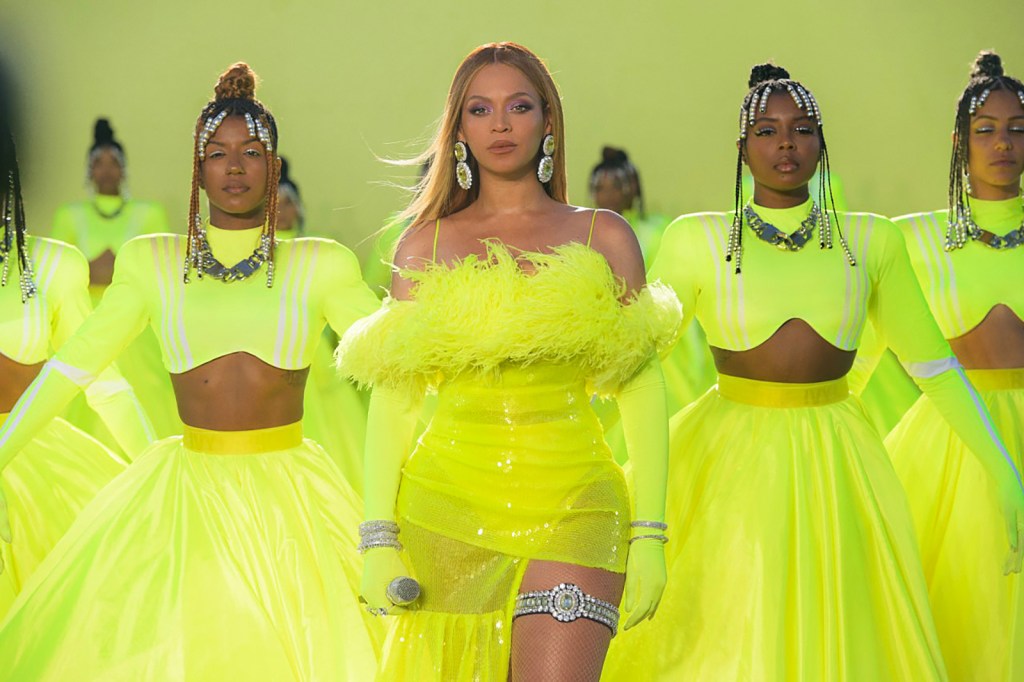 The past week should have been a time of unalloyed celebration for Beyoncé’s new album, “Renaissance.”

The reviews for the mega-star’s seventh solo album have been pretty ecstatic, with Vulture saying that her rich, exciting celebration of dance music and “explicit nods to Black queer creative traditions” have put her at the center of pop music.

But the album’s July 29 release has been dogged all week by a series of distracting “mini-scandals,” as the Daily Beast’s senior entertainment editor Kevin Fallon said. None of the scandals, on their own, is enough to undermine the triumph of Beyoncé’s music, but the conflicts and controversies, coming one after the other, have Fallon and other Beyoncé observers taken by surprise, given that she usually maintains her public image with such tight control.

“The militant nature of the micromanagement” around Beyoncé and another pop diva, Taylor Swift, is “notorious,” Fallon said.

The first controversy erupted when people noticed that Beyoncé twice used a word in her new song “Heated” that is considered offensive to people with disabilities, BuzzNews reported. Beyoncé faced particular outrage because Lizzo was called out two months ago for using the same word, “spaz,” in her new single, “Grrrls.”

It’s very hard to believe neither Beyoncé nor anyone in her team didn’t recognise the ableist slur when Lizzo very publicly made the same mistake a month ago (and graciously corrected it). Exhausting. https://t.co/FYtKeiXayH

People with Cerebral Palsy and others blasted Lizzo for using the word, BuzzFeed News said, and to her credit, Lizzo’s people promptly issued a statement, saying she would never want “to promote derogatory language” and announcing that the lyric had been changed.

So with everything Lizzo dealt with, people were aghast that Beyoncé repeated the same mistake by using the word twice in “Heated.”

Even if Beyoncé personally missed the headlines about Lizzo’s controversy, people online couldn’t believe that no one on her team, or amid the song’s 11 writers and nine producers, didn’t know about the backlash, BuzzFeed News said. Some wondered if Beyoncé or the people around her decided to keep the controversial word in in the song lyrics because they believed that Beyoncé was “above criticism.” As Beyoncé and her publicists soon learned, she’s not.

“I thought we’d changed the music industry and started a global conversation about why ableist language – intentional or not – has no place in music,” wrote disability advocate Hannah Diviney in a column for The Guardian.

A UK disability charity Scope also called out Beyoncé, tweeting, “Here we are again. Not long after ableist language from Lizzo, Beyoncé’s new album features an ableist slur not once, but twice. Disabled people’s experiences are not fodder for song lyrics. This must stop.”

Beyoncé’s representatives followed Lizzo’s example and promised to change the lyrics of “Heated.” A representative told Insider on Monday: “The word, not used intentionally in a harmful way, will be replaced.”

More mini-scandals soon followed. Singer Kelis launched a series of Instagram rants, accusing Bey of being “disrespectful” and “a thief ” because her track, “Energy,” samples the song “Get Along With You,” from Kelis’ debut 1999 album, the Daily Beast reported. Kelis said Beyoncé didn’t give her credit or compensate her.

In response, Beyoncé removed the excerpt of Kelis’ song, but still more angst followed when esteemed songwriter Diane Warren questioned on Twitter why there were so many writer credits on Beyoncé’s songs in the first place.

Warren said she didn’t mean her question “as shade,” saying she was “just curious,” but Beyoncé’s online fanbase, the Beyhive, took offense. They were quick to school Warren on sampling, the art of using an excerpt from an existing recording, the Los Angeles Times reported. Warren ended up apologizing, saying she didn’t mean to insult anybody. “Thank U for making me aware of it. No need to be mean about it,” Warren said.

Unfortunately, the mighty influence of the Beyhive couldn’t protect their diva from yet another controversy involving one of her songs and someone well-known. Prompted by reports that Beyoncé was removing the ableist lyric in “Heated,” Monica Lewinsky tweeted out a suggestion that the singer should also consider deleting a reference to her affair with former President Bill Clinton in a 2013 song, BuzzFeed News also reported.

“uhmm, while we’re at it … #Partition,” Lewinsky tweeted on Monday, linking to a Variety article about Beyoncé replacing the “Heated” lyric. “Partition,” which was featured on Beyoncé’s self-titled album, alludes to a particular sex act that the then-21-year-old Lewinsky engaged in with Clinton during their affair in the late 1990s.

Beyoncé sings about a sexual encounter in which her partner “Monica Lewinsky-ed all on my gown.” This week, Lewinsky herself said that the lyric could more accurately have said, “Bill Clinton’d all on my gown.”

Unfortunately for Lewinsky, she received mixed reactions for her request. Some expressed confusion, saying that “Partition” was released nine years ago. Other pointed out that Beyoncé isn’t the first music artist to use Lewinsky’s name as a sexual innuendo in a song.

Monica girl be realistic… You’re saying that Beyoncé should remove a line from her song that came out 9 years ago??? And why are you only talking about Beyoncé, there were plenty of other artists who were more disrespectful. Beyoncé’s line wasn’t even bad. So calm down

Lewinsky acknowledged this point and has long tried to laugh off the number of times she’s been a reference in rap music by including “rap song muse” in her Twitter bio, BuzzFeed News said.

By the end of the week, Lewinsky hadn’t convinced Beyoncé to go back in time and change her “Partition” lyric, although it’s unclear if Lewinsky really expected her request to be granted.

But all the missteps left Fallon and other observers surprised.

How to turn on WiFi calling on Android and iOS