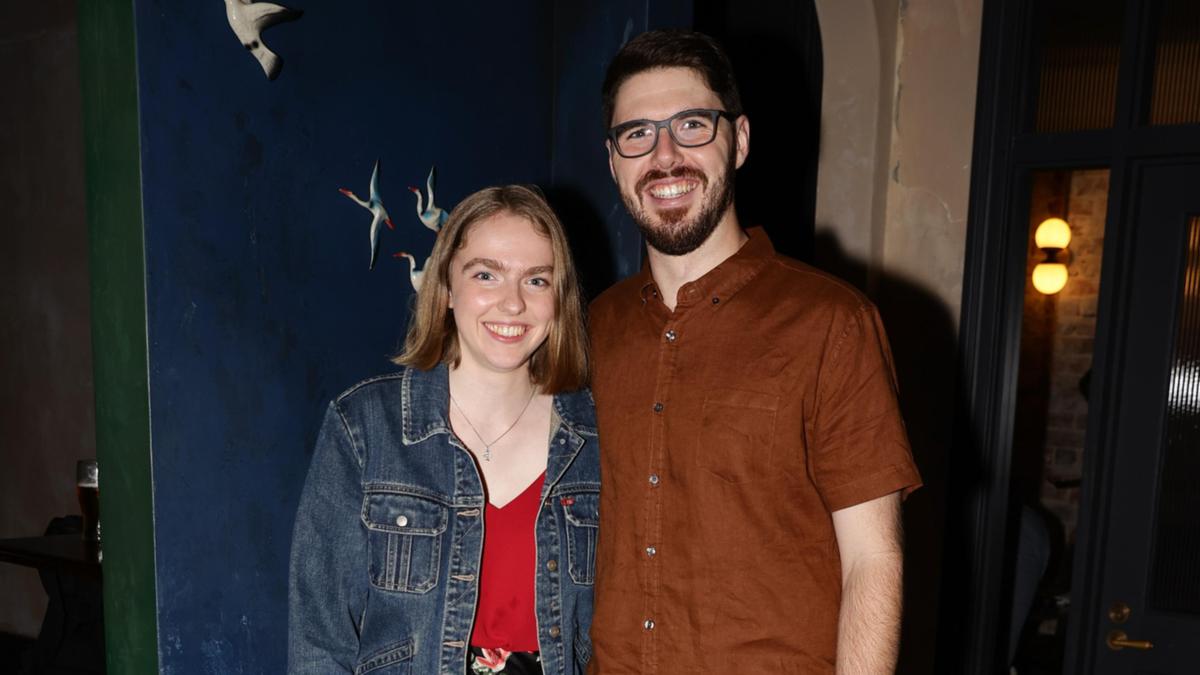 Before he got there I was sitting on the balcony at the top of The Royal and I could see over the edge so I was looking over and was like “is that him?” He walked up behind me and I realised I did know the guy. Not well. I didn’t know his name but I’ve met him before. It took us a little bit to figure it out because I didn’t say anything straightaway. I kind of sat on it and tried to figure it out myself. After about an hour or something, I was like “we’ve definitely met. I just need to ask you because I really have been trying to figure it out for the past hour. Where do I know you from?” And he was like, “yeah, we definitely have.” We have mutual friends so we’ve been at the same parties. Never really had a conversation though. It’s classic Perth, really.

He was very confident and talkative, which was good, because it didn’t really feel too awkward. I was kind of worried it was going to be awkward at the beginning, because I haven’t really been on a date with someone who I don’t know. It was really good. I was quite impressed at how well it was put together, actually. We talked about our jobs a little bit and hobbies. I enjoy a board game and wine night with friends. I also started yoga earlier this year.

I ordered his meal for him, basically. I’d got there there a bit early and already scouted out the menu. There was two things I wanted and I got him to order the other one so I could eat a bit of it.

I had a really good time but I‘m not too sure yet how I feel. Maybe another date to see where it goes.

I rocked up and there was just something about her that kind of put me off my game. I didn’t really recognise her at first. But she was like, “we know each other. We’ve met each other before.” Turns out we’ve got a few mutual friends and we’ve met at parties before. I don’t know why but I just had a feeling something like this would happen to me.

When I arrived, the first thing I noticed was that she was crocheting. I was like hold on, that’s unusual. She said “my work friends would kill me if they knew that I bought this on the date.” It’s an interesting quirk, I guess. It’s pretty cool because a lot of the time on first dates people are a bit on guard. Throughout the night, she actually crocheted me like a little wizard’s hat. To be fair, it’s far too small for my head.

I think she’s quite a bubbly girl. She seems quite extroverted but throughout the night we were discussing it and she definitely needs those days where she can kind of chill out, so an extroverted introvert, which is kind of like me.

The food was so good. She didn’t order for me but she’d already gone through the menu and was like “I’m getting this, maybe you should get this”. To be fair, they were good choices, so I’m not upset about it.

It was getting quite late and she was almost falling asleep. She assured me it wasn’t because it was boring. I’ll take her at face value there. We both have a bit of a sweet tooth. She was talking about how much she likes cake and I was like, “I’m the same but with ice cream”. She’s like, “well, if things are going well we should get ice cream after this?”. We sat down in the (Perth) Cultural Centre with our ice cream and chatted for a bit. Then she was like, “I actually don’t drive”. She doesn’t have her licence and was going to catch the bus.

It was really fun. We’re planning on seeing each other again. We’ve got each other on Facebook, so we’ve actually been chatting quite a bit.

Venom: Let There Be Carnage skates by on witty banter