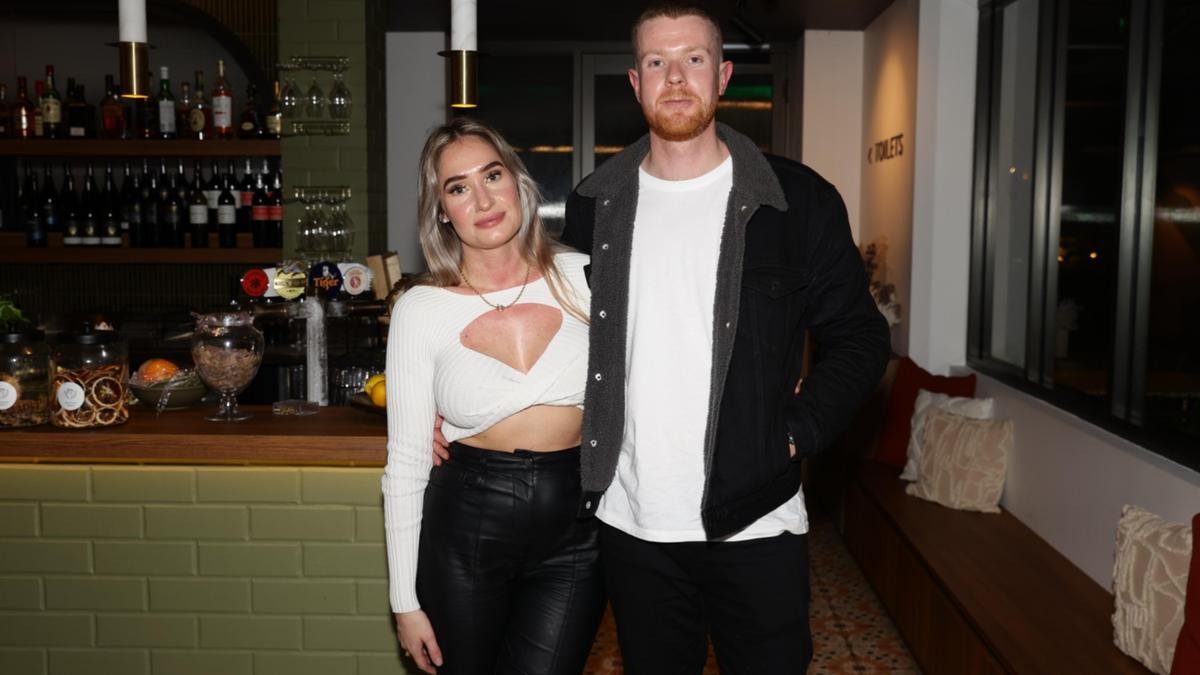 I arrived first, my date was running a couple of minutes late so as I was chatting to the staff and being walked to our table, I noticed a dude with a backpack sitting in the corner and thought, oh god, please not him. Thankfully it wasn’t and my date arrived soon after.

My first impressions of Connor III were that you picked a good one. He was tall and very easy to talk to. It didn’t feel forced at all.

We started off with some stock standard questions about work, how many siblings do you have etc., then once we both had a drink and relaxed a little, conversation just flowed. There were no awkward silences or any awkward moments actually. You can tell talking to people comes very easily to him. He mentioned he had recently been to a really crazy wedding. He told loads of good stories and made me laugh a lot.

For dinner, we shared some plates. I’ve been to Lotus before so I knew even if my date wasn’t great, the food/cocktails would be. To be honest, I had set my expectations low for this date but funnily enough, we ended up staying until about 10pm. We shared a bottle of red and just took our time. I didn’t feel rushed or anything like that – it was just easy conversation. It was really bad weather, so we just decided to stay put instead of checking anywhere else out.

He showed me his application to Blind Date and it was hilarious – I can see why you picked him.

We exchanged numbers and may have exchanged a kiss or two. He also asked for my work email.

I messaged him when I got home and sent him a screenshot of all my friends checking in on me while the date was happening asking if I needed them to call with a fake emergency.

I’m 90 per cent sure there will be a second date.

I have zero regrets being convinced to message PerthNow at 2.43am on Saturday for this date.

In that message, I claimed to be a “fun-loving rollerblader who lets my hair run free in the wind, an overly avid recycler and a diligent and vigilant sensei of the roads”. None of this was true. Not even close. For the record, I blame that on The Court’s two for $22 vodka Vs.

As such, I was concerned that I’d be matched with someone looking for the type of bloke who could be a contestant on Beauty and the Geek.

I couldn’t have been more wrong. Lily is a total babe. In fact, she could be a BATG contestant herself.

I was extremely nervous because I had lost all three of my camouflage fedoras recently which are essential to my self-belief. I had a strawberry Up & Go and watched a re-run of Deal or No Deal before I left. The contestant (Toby) took a deal of $34,000 which instilled me with some confidence.

We had a reservation at Lotus, a restaurant within the Beaufort. By the time our massaman curry arrived we were already a bottle of red deep and mildly bullying each other.

Lily was born in New Zealand, spent some time in Brisbane and enjoys a four-shot coffee with vanilla. She has an identical twin, recently signed a 12-month lease extension and once ordered a ham and cheese toastie from HJs. I know all this because I was taking notes with an Artline texta throughout the evening.

She has a great laugh and is super genuine, which I really liked. She was dressed to impress, which she did. The photographer took about eight times as many photos of her as he did of me.

As it was a Tuesday, Connections had its weekly mud wrestling competition on, so we ventured into Northbridge and took part. I was brimming with confidence and attempted a rear naked choke. I slipped and was submitted in the opening 12 seconds. OK, that part didn’t actually happen.

We did exchange numbers though and afterwards I secretly trailed her home on my e-bike. I checked her water meter as I was curious to know how much H20 she used on her garden before deciding whether to ask her out on another date.

Dig in: Mon Schools ready to serve up breakfast and lunch to hungry students