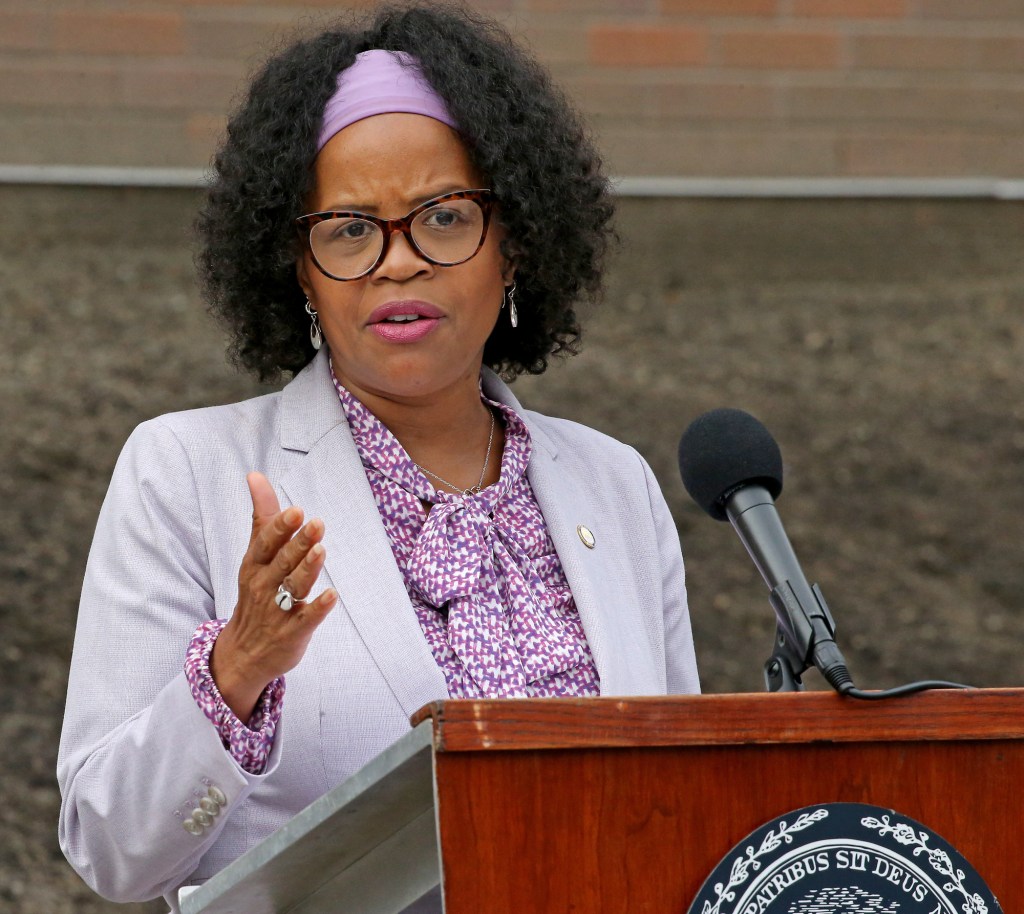 Acting Mayor Kim Janey said the city’s willing to eventually boot any employees who refuse to follow its vaccine mandate as the number of workers out of compliance dropped to 637 — though the administration’s not saying when the next phases of enforcement against others will move ahead.

“If they continue to not comply — yes, at some point, then, it will lead to termination,” Janey said Wednesday when asked about the matter. “But the goal, again, is to make sure that we are giving our workers every opportunity to comply.”

Janey’s administration on Tuesday had announced it had placed 812 workers on unpaid leave because they weren’t in compliance with the mandate. Her office said Wednesday that the number dropped to 637 as more people came into compliance.

“We will continue to work with our workforce,” Janey continued. “To the extent that we will not have everyone comply, we are working through operational plans to make sure that we continue to deliver the services that the residents of our city deserve.”

Janey in August announced a vaccine mandate for all of the city’s employees and contractors. It’s not an absolute mandate, as people who don’t wish to get a vaccine can instead opt to submit weekly evidence of a negative coronavirus test, and medical and religious exemptions were possible. The city created an online portal at the end of August for employees to submit proof of vaccination or tests.

Janey’s office has said that these employees on leave can get back to work by providing proof of a negative test.

Asked about whether the city would bring in the National Guard to help with transportation and testing, as some other cities have, Janey also said that “there are conversations happening” with the guard, though information on that remained scant.

She said they mainly involve “the Boston Public Schools in particular, around testing. And we’ll have more to share once those conversations conclude.”

The mandate rollout is phased, so this enforcement effort only applied to the first wave, which only consists of five departments: Boston Public Schools, the Boston Centers for Youth & Families, Boston Public Libraries, Age Strong and Commission on Disabilities.

Janey’s office wouldn’t say how many people were in phase 1, but some quick eyeballing of the 2020 payroll and other recent documents shows that the school district in 2019 employed a bit more than 10,300 people, and those other four departments paid just under 1,000 people last year.

That means that while the 812 people not in compliance amount to 4.5% of the 18,000-plus city workforce, it’s closer to 7.2% of the likely roughly 11,300 employees who the enforcement action could have applied to.

The city wouldn’t say when phase 2 enforcement, which includes police, fire, inspectional services and parks, begins. Vaccines became required for that group on Oct. 4, and the remainder of employees and contractors will run up against their requirement on Monday.

Plasman takes over US BMW supplier

Two months after US withdrawal, some 300…