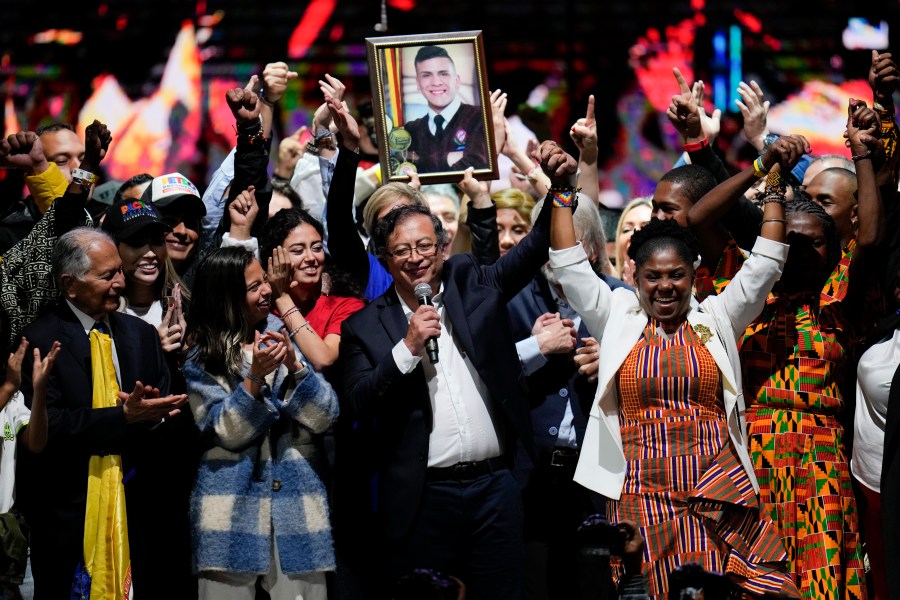 BOGOTÁ, Colombia (AP) — President-elect Gustavo Petro, who has vowed to lift up Colombia’s poor and disenfranchised, has won the support of an influential party of the establishment as he tries to build a majority coalition in Congress.

Petro, a former Bogotá mayor and a member of the M-19 rebel group that disarmed decades ago, has won the support of the Liberal Party, which backed another candidate in the first round of Colombia’s presidential election. Petro won the second round on Sunday in a blow to political traditionalists who have presided for generations over Colombia, through violence and corruption, as well as economic growth and institutional stability.

The decision by the Liberal Party, led by ex-president César Gaviria, to join Petro’s Historic Pact group shows the pragmatic side of the president-elect as he makes political deals aimed at executing an ambitious legislative agenda that includes fiscal, agrarian, pension and other changes.

“We won’t be a party of opposition,” Gaviria said in a statement Wednesday. Details still have to be worked out regarding the Liberal’s Party role in a governing coalition and how it can collaborate with 62-year-old Petro’s camp, he said.

The Liberal Party is one of the largest groups in the bicameral Congress, with 14 senators in the 108-seat Senate and 32 representatives in the 187-seat lower house.

Petro’s Historic Pact has 20 seats in the Senate and 27 in the House of Representatives. A coalition including the Liberals and other allies would bring it closer to a parliamentary majority.

Sandra Borda, a political analyst at the University of Los Andes in Bogotá, said that a lot remains unclear about Petro’s vision of a “national accord” in which all sectors of society get involved.

“We have to see what will be the content of the policies that Congress will support, and in exchange for what,” Borda said. Foreign governments and international investors will follow closely to see who Petro picks as finance minister, which could indicate whether he plans on heavier state involvement in the economy, she said.

Some 47% of the electorate voted for real estate tycoon Rodolfo Hernández, who lost to Petro in the second round. As the losing candidate, Hernández was still guaranteed a Senate seat and he said Thursday that he would take it.

Petro is virtually certain to face robust opposition from the Democratic Center, the party founded by a former president, Álvaro Uribe. Current President Iván Duque, who by law was not allowed to run for a second term, is a member of the Democratic Center. He will hand power to Petro on Aug. 7.