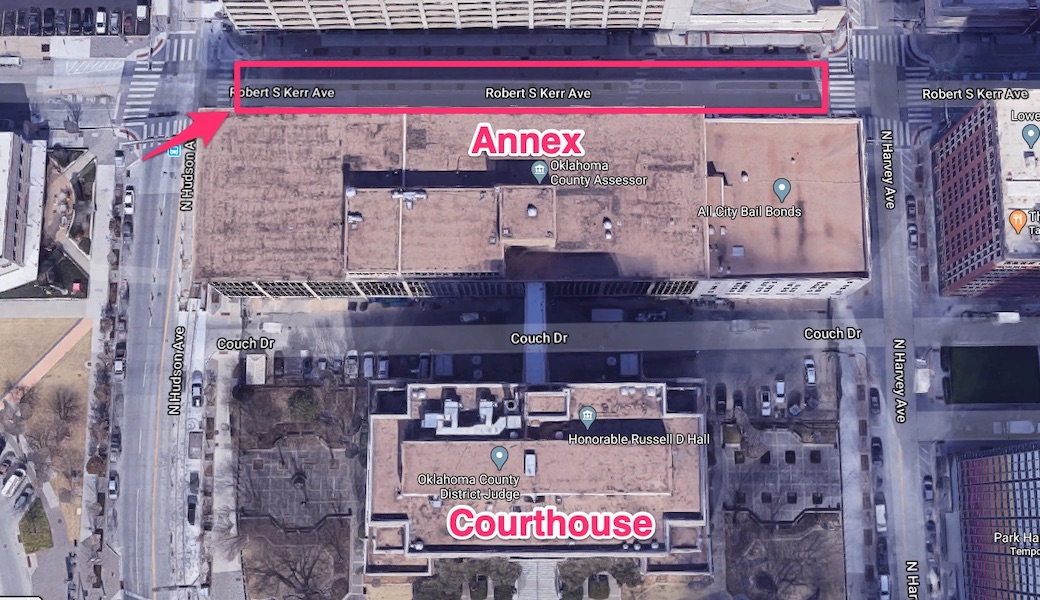 On the same day that Oklahoma Governor Kevin Stitt announced that he has contracted the coronavirus, the Board of County Commissioners considered some possible COVID-19 precautions after hearing an update from the County’s Emergency Management Director, David Barnes.

Barnes addressed the Board with an update on increases in COVID-19 cases in Oklahoma County. As cases have been spiking upward, Barnes recommended maintaining all precautions currently being taken, such as special disinfecting efforts from facility staff, as well as using masks and social distancing.

Currently masks are required on elevators in the Courthouse and Annex, though the requirement is solely in wording and signage. The requirement is not enforced by county staff or Sheriff’s Deputies.

Barnes and the Committee believe that requiring masks of any persons entering any county building can significantly flatten the curve among users of those facilities.

The question of enforcement came up, as it has every time a mask requirement has been discussed. District 2 Commissioner Brian Maughan asked for the opinion of the DA’s office.

Aaron Etherington of the DA’s office explained that a requirement like that is much easier to enforce among employees. She further explained that if a person is required to attend a court hearing in a court that doesn’t require a mask, the person could not legally be kept from attending their court hearing regardless of wearing a mask or not.

The district judges have the right to make the decision of whether to require masks in their courtroom, and that is not superseded by a declaration of the Board of County Commissioners, apparently.

District 3 Commissioner Kevin Calvey, freshly returned from a self-quarantine and having tested negative for the virus, ultimately moved to table the recommendation in order to research more and to have some conversations with the Judges who sit in the Courthouse.

The second recommendation from Barnes and the Committee was to close Robert S. Kerr from Hudson Avenue to Harvey Avenue until the end of the year.

Barnes said that with the beginning of the jury term coming up in August, the Annex and Courthouse would see a sharp influx of visitors at the same time Oklahoma County is witnessing a spike in positive cases. Barnes’s idea is to close the street in front of the Annex in order to stage the jury pool in tents outside the annex.

Maughan recalled a time before that the county attempted to close that street and was met by “outcry” from City Hall. He pointed out that there is a new mayor, city manager, chief of police, and fire chief since the last time this came up, so perhaps things are different.

Calvey pointed out that there may be alternatives, if the city denies the request.

The Board voted to pursue the street closing, and specifically asked Barnes to talk to the members of Oklahoma City leadership to get feedback on the issue.

The Board meets again on Friday, July 17, for a Special Meeting.

Sustain our journalism by becoming a supporter

Be ready, Round Rock: How to stay informed when weather turns severe

78,000 pounds of infant formula arrives in US

Pandemic babies with development delays can be helped to…