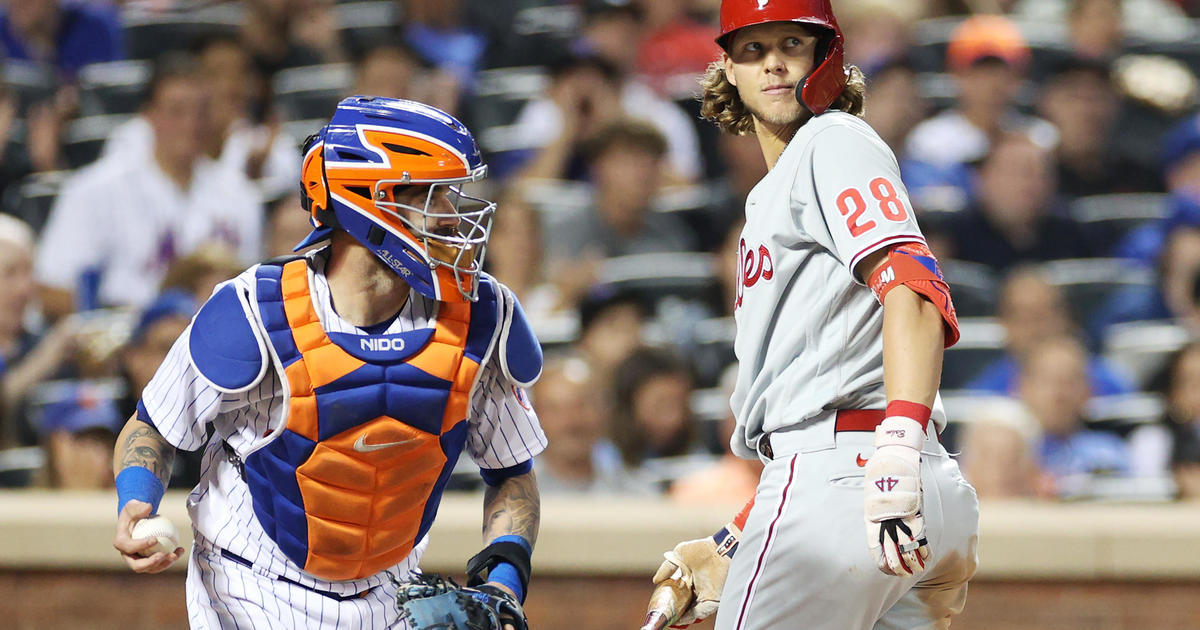 Pete Alonso hit an early RBI single as the NL East leaders improved to 31-9 following a loss and 10-4 in the season series with Philadelphia. Alonso leads the NL with 97 RBIs.

Díaz issued two walks in the ninth, and Philadelphia had runners on second and third when Nick Castellanos struck out swinging for the final out. It was Díaz’s 27th save of the season.

DeGrom (2-0) allowed two hits and walked none in his third start after spending the first part of the season on the injured list.

The two-time NL Cy Young Award winner opened the game by striking out Bryson Stott looking on a 101.1 mph fastball and then allowed a soft single to Rhys Hoskins. After Alec Bohm grounded into a force play, deGrom fanned J.T. Realmuto on three straight sliders.

It was deGrom’s second double-digit strikeout game since returning and his 55th in the regular season overall. He improved to 9-1 in 20 career starts against the Phillies.

Philadelphia wasted a terrific performance by Aaron Nola (8-9), who allowed four hits in eight innings. The right-hander struck out eight and walked one, but he dropped to 0-3 in four starts against New York this year.

The Phillies finished with three hits.

New York jumped in front in the first. Starling Marte singled, stole second and took third on a throwing error by Realmuto before scoring on Alonso’s soft single to right.

After Alonso’s hit, Luis Guillorme and Jeff McNeill had consecutive one-out singles in the second. Nola retired 17 in a row before McNeil started the eighth with a walk.

Phillies: OF Kyle Schwarber (strained right calf) took batting practice on the field and ran in the outfield before hitting for Matt Vierling in the eighth. Schwarber was pulled in the fifth inning of Thursday’s 3-0 loss to Miami and sat out Friday.

Mets: 3B Eduardo Escobar (left side tightness) was held out of the lineup and an MRI came back clean. … INF/OF Jeff McNeil was in the lineup after getting two stitches for a lacerated right thumb. McNeil exited Friday’s game in the second with the injury.