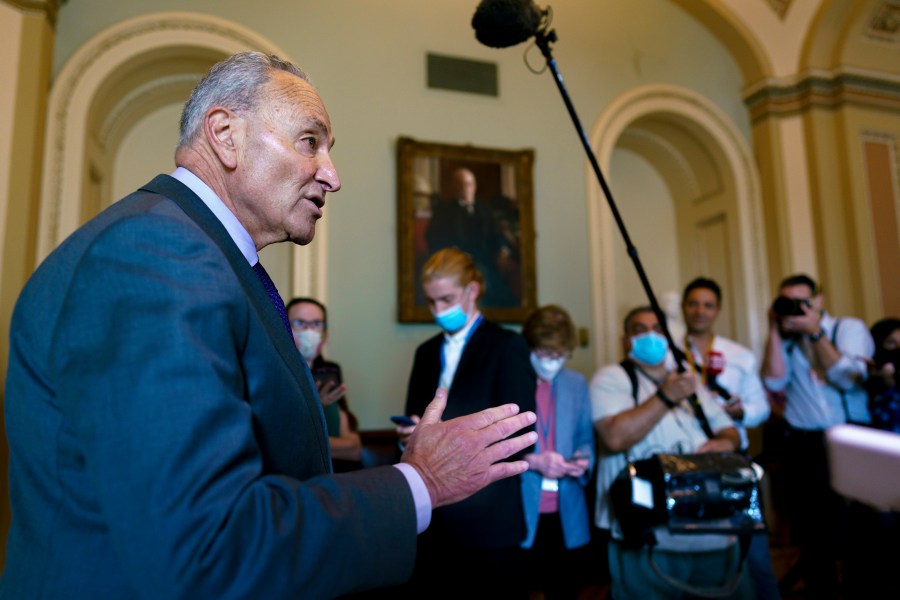 WASHINGTON (NEXSTAR) — The Senate skipped another day off to work on the bipartisan infrastructure bill.

“I have worked with my colleagues throughout the process to help produce an outcome that all parties find acceptable,” Senate Majority Leader Chuck Schumer (D-N.Y.) said.

Schumer promises a vote on the bill sometime this week.

“A real bipartisan agreement that provides significant down payment towards the level of infrastructure investment our country needs,” Schumer said.

On CNN’s State of the Union, Collins said the one trillion dollar infrastructure package will make critical upgrades to the country’s roads, bridges, ports and transit.

And Sen. Joe Manchin (D-W.Va.) told CBS’ Face the Nation, the bill is built on compromise.

“We have a bill that mostly every democrat and every republican should be supporting with the infrastructure bill so we will see,” Manchin said.

Schumer says it will take a few days to pass the package and then the Senate will move on to the Democrats’ 3.5 trillion dollar budget bill.

“Which will allow the senate to make historic investments in American jobs, American families and efforts to reverse climate change,” Schumer said.

Manchin says while he is confident in the infrastructure package, he could not guarantee passage of the larger bill.