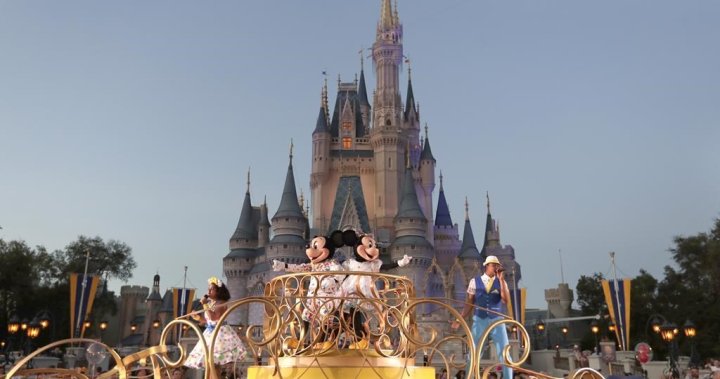 There’s a small change coming to U.S. Disney theme parks, all in the name of improved inclusivity.

Guests to any of Disney’s American Bibbidi Bobbidi Boutique locations will no longer be assisted by employees called “Fairy Godmothers-in-training,” but rather by “Fairy Godmother’s Apprentices,” the company announced on Saturday.

The boutique has been a Disney theme park staple attraction since the 2000s, providing a magical space where children can receive a total makeover into a princess or a knight, as per Disney’s website. Visitors to the boutique have the option to have their hair, makeup and costuming done in the style of several iconic Disney characters.

Along with the title change for employees (called “cast members”), a spokesperson for Disney told CNN that men are now also allowed to work in the boutique, which previously hired only women.

“With the wave of a magic wand — plus a few hands-on tricks of the trade — our Fairy Godmother’s Apprentices will pamper and primp your child until they look storybook stunning,” the Walt Disney World website says.

The change comes amid a push by Disney to make its theme parks more inclusive.

In a year-old blog post, the chairman of Disney’s parks division Josh D’Amaro wrote that the company’s theme parks should be “a place where everyone is welcome.”

“It’s important to me to share how we’re creating a place where everyone is welcome and taking action to create meaningful change,” D’Amaro wrote in the post. “We want our cast members — and future cast members — to feel a sense of belonging at work.”

In the past, Disney has infamously been very strict about the appearances of their employees.

“The world is changing, and we will change with it, and continue to be a source of joy and inspiration for all the world,” the blog post concluded. “We’ll never stop working to make sure that Disney is a welcoming place for all.”