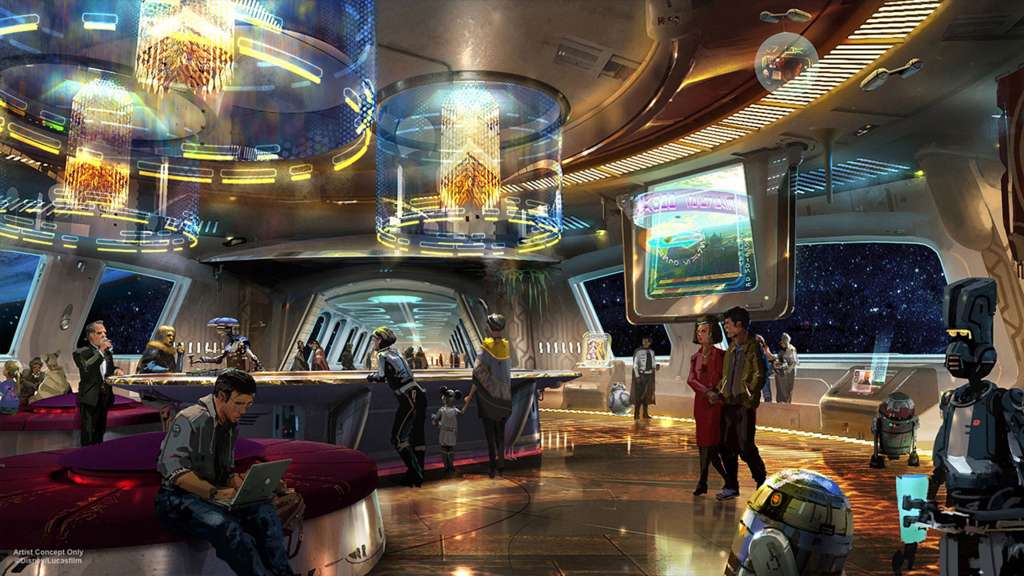 (CNN) — Disney revealed pricing for its new, highly anticipated Star Wars hotel on Wednesday — and the cost to immerse yourself in a galaxy far, far away for a few days will not come cheap.

The Disney World-based hotel Galactic Starcruiser is essentially a cruise ship set in space, with the pricing to match. The company says it’s the “most immersive Star Wars story ever created,” and to partake you may have to shell out $6,000 for two nights.

The hotel, which opens in spring 2022, is billed by Disney as a “revolutionary new two-night experience where you and your group will embark on a first-of-its-kind Star Wars adventure that’s your own.”

Despite being on dry land, the pricing is similar to the model of Disney’s cruise ships at sea: a set price for a multi-day journey, with entertainment, food and beverages included.

The company revealed sample cabin rates for the hotel on Wednesday: For a two-night stay, it costs $4,809 for two guests in a cabin, $5,299 for three guests (two adults and one child) and $5,999 for four guests (three adults, one child).

According to Disney, that pricing covers an “ongoing, immersive and interactive entertainment, where choices determine your experience,” your meals (excluding alcohol) and admission to Disney’s Hollywood Studios, the home of the Star Wars-themed land Galaxy’s Edge.

Disney notes that “rates vary depending on your voyage departure date, the number of guests in your cabin and your cabin type.”

The hotel is the latest way for Disney to bring its parks and resorts alive and help them evolve for the future.

It follows the 2019 debut of Galaxy’s Edge, which was the company’s largest-ever expansion at its parks. The land uses innovative technology and detailed design to wrap guests into an experience that feels more like immersive theater than a theme park. The new hotel looks to extend that Star Wars experience.

Disney is integrating another of its most beloved franchises into its parks with Marvel’s Avengers Campus, which opened at Disneyland in California on June 4.

Updating its parks and resorts is critical to Disney’s media empire following a year in which the unit was hit particularly hard because of the pandemic, facing months of closures and widespread layoffs.

Disney Parks Chairman Josh D’Amaro told CNN Business in April that the future of Disney’s parks and resorts is “going to be fresh, it’s going to be technology-ridden. It’s going to be incredibly relevant to guests all around the world.

“Every single day, these parks are changing,” he said.

Nearing 100, Betty White's life is a page-turner in…

Nearing 100, Betty White's life is a page-turner in…