Does Republican Geoff Diehl have the secret formula to make the governor’s race competitive? 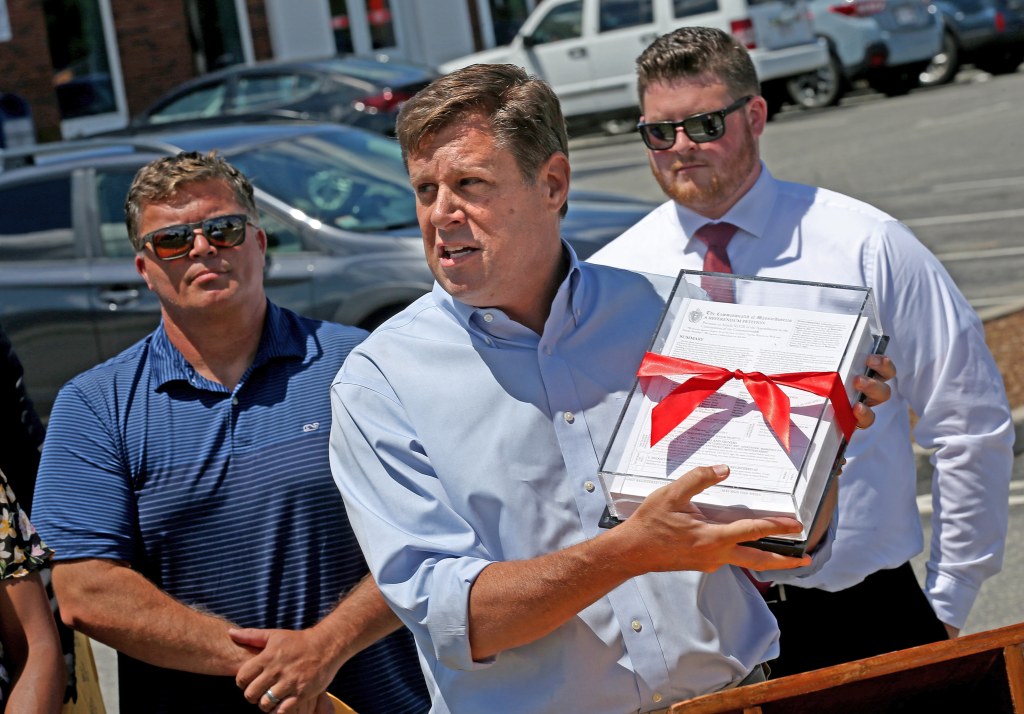 Conservative Republican Geoff Diehl’s puzzling gubernatorial candidacy in deep blue Massachusetts is the longest of long shots but there could be a pathway to make the race more competitive.

Diehl is counting on an expected national red wave to spill over into the liberal Bay State, forging a race out of what most Democrats and others are already certain is a coronation for Attorney General Maura Healey.

The former state rep, carrying an endorsement from Donald Trump, needs to win over conservative Democrats and independents in heavily Democratic Massachusetts to have any chance.

And it’s been done before. Voters here don’t always follow the cookie-cutter script. Look at what happened to home state favorite Elizabeth Warren in the 2020 Democratic primary.

And before that, from Scott Brown to Mitt Romney to Charlie Baker, Republicans have won statewide by cobbling together a coalition of disaffected Dems and right-leaning independents to stun the favored — and usually overconfident — Democratic nominee.

What was it about Brown that propelled him to his stunning victory over Martha Coakley? Something was bubbling up in the Massachusetts electorate that no one predicted. And Romney — who was branded as conservative in his gubernatorial bid — managed to defeat Democrat Shannon O’Brien despite Romney’s ties to Utah.

But can Diehl really find the Republican magic sauce to take down Healey, who is in such a commanding position that not even another Democrat is willing to take her on?

Trump’s endorsement will help Diehl beat his little known GOP opponent, Chris Doughty, in the primary but it could be a double-edged sword in the general election — turning off Democrats who might be inclined to take a look at Diehl.

But there are other factors that could weigh in Diehl’s favor as he looks to be the latest Republican to win a gubernatorial race.

Healey’s lack of a Democratic opponent could actually be a detriment in the general election, leaving her with no momentum that winning primary candidates generally get.

Democrats, looking at polls showing Healey clobbering Diehl in a general election matchup, could easily get arrogant and complacent again after a non-contested primary. They’ve done it before.

Healey has run a safe yet lackluster campaign so far because she has no opponent. Can she rev up her supporters for an opponent she’s assumed to overwhelm?

Diehl is also latching himself onto the effort to repeal the Democratic bill giving drivers’ licenses to Massachusetts residents without legal status.

And he’s also hooked up with Republicans who are trying to give motorists a tax break on gasoline — an issue that could have resonance even in liberal Massachusetts.

Diehl is also counting on the mood of the country shifting away from Democrats in the midterm elections. Even in San Francisco and Los Angeles, liberals have been upset this year.