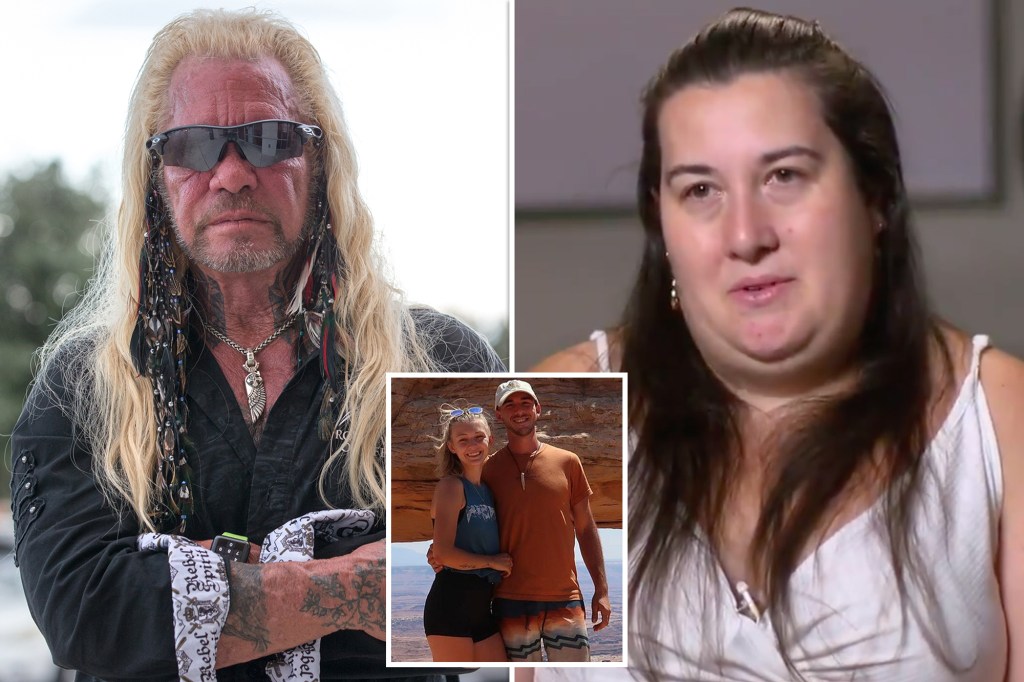 Dog the Bounty Hunter tried to talk to Brian Laundrie’s sister at her Florida home — insisting she “absolutely” knows more about her fugitive brother’s whereabouts than she has let on.

The reality TV star was filmed by TMZ at just before 7:30 p.m. Wednesday arriving at Cassie Laundrie Luycx’s home in Lakewood Ranch, about 40 miles from the North Port family home where Brian went missing a month earlier.

“We’re obviously looking for her brother … we’re trying to talk to someone who may know where he’s at,” said Dog, whose real name is Duane Chapman.

Dog, dressed all in black, strode up to Cassie’s front door with new wife Francie and repeatedly knocked on the door and rang the buzzer.

They were eventually forced to walk away when no one answered.

Cassie has insisted in interviews that even her parents have stopped talking to her and that she knows nothing about the whereabouts of her brother, whose fiancée Gabby Petito was found dead weeks after he turned up home alone from their cross-country camping trip.

But asked if he thinks Laundrie’s sister knows more than she’s admitted, Dog did not hesitate as he replied, “Absolutely.”

Dog previously knocked on Laundrie’s parents’ front door — just for the fugitive’s mom to call 911 on him.

The reality star also told TMZ’s camerawoman that the ankle injury that temporarily slowed his hunt was now “a lot better.”

“Why Would I Want To Cry In Front Of The…

Women working in STEM are underpaid and want to leave the…

“Why Would I Want To Cry In Front…

Women working in STEM are underpaid and…