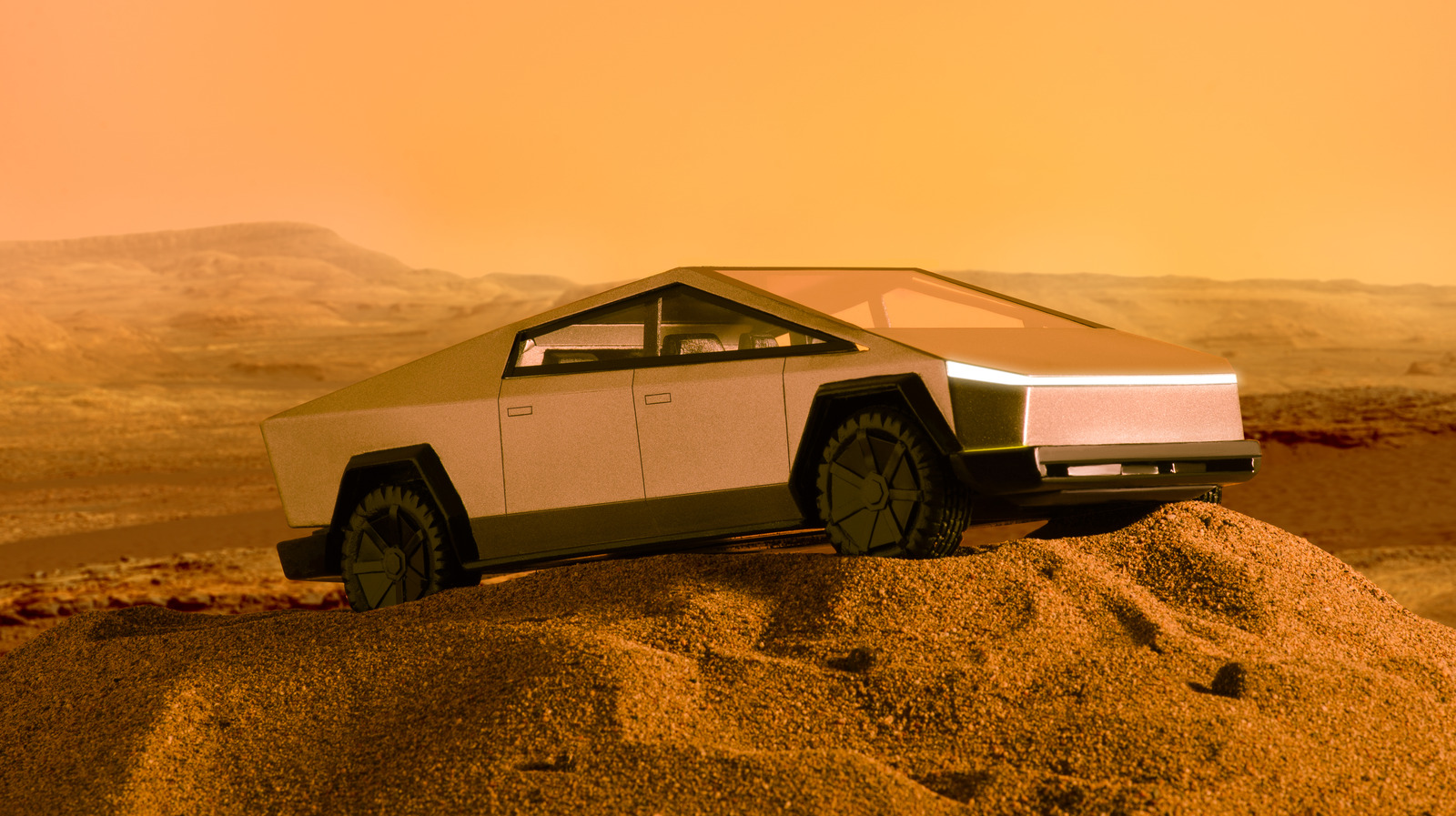 The idea of a car being able to float across a river isn’t entirely out of the realm of possibility, though. In the 1960s, the aptly named Amphicar 770 did just that. Rocking a pair of propellers under the rear engine, the vintage trailblazer could cruise at 70 mph on land and 7 in the water, which also explains the model number. You can watch one in action in this video.

In the meantime, rival-in-chief Rivian has shown on camera that its R1-series electric SUV can make it through a few feet of water. However, the EV upstart still advised driving cautiously through deeper water and did not use the phrase “serving briefly as a boat.” How exactly the Cybertruck will manage to float across a shallow lake remains to be seen when it truly becomes available for purchase.

Driving video was filmed with professional drivers on a closed course designed for testing purposes. Be responsible. Drive safely. pic.twitter.com/gpcdjIAnIU

But just in case Musk’s latest tweet turns out to be another troll-job on his not-so-favorite-now social media platform, dreams of cruising like a king in a nearby lake while chilling inside the Cybertruck won’t be dead entirely. A company named Cybercat Catamaran plans to sell an easy-to-assemble kit that turns the hulking EV into a, well, catamaran. The company also has plans for an even more ambitious hydrofoil kit that is estimated to cost as much as the truck itself.

These US Army Night Vision Goggles Give You Futuristic…

Zoom Features That You’re Missing Out On