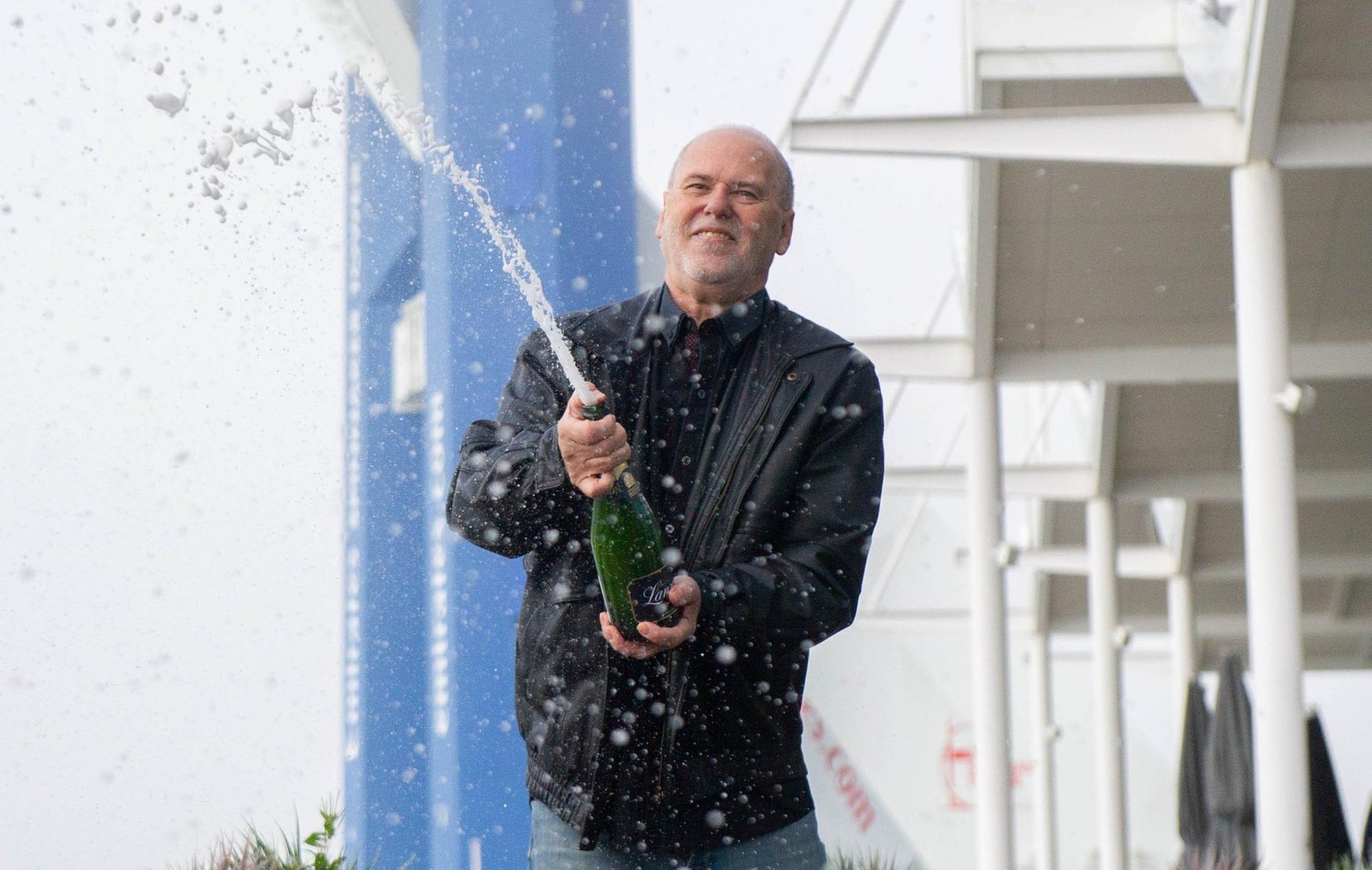 ‘Last night saw history made with the biggest ever National Lottery prize won by a single UK ticket-holder, and we’re ecstatic that we’ve now received a claim.’

Gosport mum ‘gutted’ as she narrowly misses out on £3.6m win thanks to last minu…

The winner of the £184m joins -or rather exceeds- the ranks of 6,300 new millionaires created by the National Lottery.

The winner of the recent EuroMillions draw may not be from Portsmouth or Hampshire, but there have been many lucky winners across the area over the last few years.

Lottery winners can also choose to stay anonymous if they wish, with 85 per cent of winners choosing to stay out of the spotlight.

The following year, a ‘skint’ dad from Southsea, who turned down a few pints of beer watching the football with his mates, lucked out when he scooped a cool £3.8m on the National Lottery.

The lucky man claimed the cash after his Lucky Dip ticket matched all six numbers to win the Lotto Jackpot.

‘Mr R’ from Hampshire bagged £1m by matching five main numbers and the bonus ball in a 2019 Lotto draw.

Scratchcard winners were also very lucky in 2019, with Kevin Francis and a mystery winner scooping £1m each.

In May 2021, a mystery man from Hampshire scooped £1m in the National Lottery by matching five main numbers plus the Bonus Ball in the draw.

The man, known as ‘Mr M’, planned to pay off his mortgage and treat his family with the winnings.

In the same year, John McFadden from Southampton celebrated after winning £1m on The National Lottery’s 50X Scratchcard.

A group of National Lottery winners from Hampshire, who bagged £1m each in the National Lottery over the years, joined an initiative in 2021 to create bird nesting boxes that were set up at community sites run by Hampshire and Isle of Wight Wildlife Trust’s (HIWWT) Team Wilder.

Millionaires Patrick Morling, David Mackie, and Geoff and Judith Coombes were a part of the project.

In the same year, Lesley Herbert from Basingstoke used a photo of her £2 million Scratchcard win as an IOU payment for an urgent vet bill for her pet parrot.

The animal lover said the African grey, who is called Bibi, dislocated its foot while she was waiting to have her winnings confirmed.

A lucky winner from Hampshire started 2022 with a bang when she won £300,000 on the ‘Cashword Multiplier’ Instant Win Game.

The lady, known only as ‘Mrs J’, planned to use the money to save for the future.

The most recent winner was a lucky man from Hampshire who became a millionaire after winning a National Lottery prize.

The mystery winner, only known as ‘Mr. W’, won the £1m prize by matching five main numbers and the Bonus Ball.

He became one of over eight million players that win each week on The National Lottery’s range of games, having won the money from the March 12 draw.

Alec Baldwin, Matthew Broderick and the agony of a killing