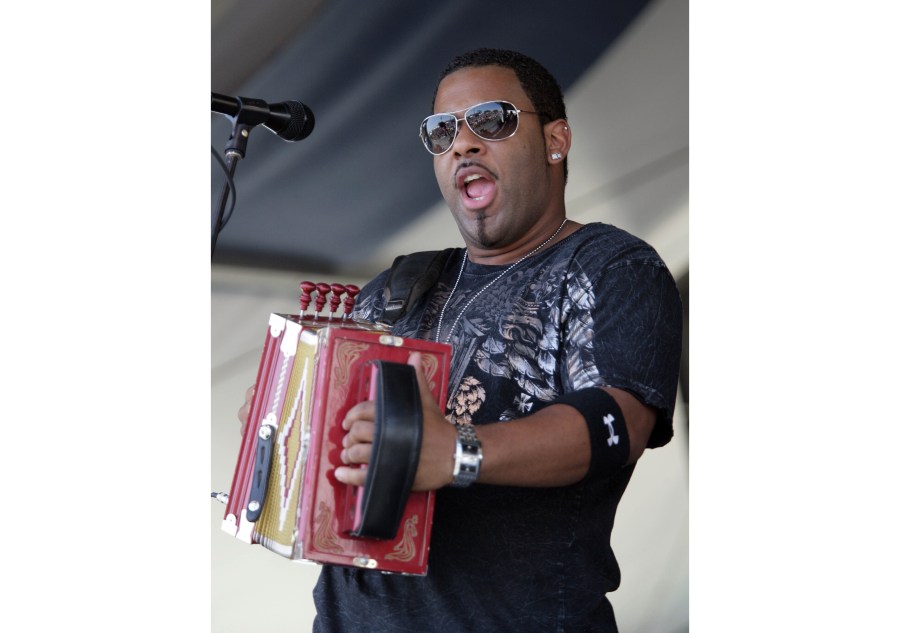 COLFAX, La. (AP) — A Zydeco musician was shot in the back while performing at an event in central Louisiana, his wife said in a statement posted early Saturday on Facebook.

Chris Ardoin was performing as the Friday headliner at Zydeco Bike Fest when he was shot, his wife, Kerri, posted on his official Facebook page.

“Yes, unfortunately tonight he did get shot in the back on his right side while on stage,” she wrote. “Doctors said thankfully he’s a built guy. The bullet didn’t penetrate his lung and stopped near his ribs. We are currently in the hospital. Please keep him in your prayers and will update you all later!!! Thanks.”

The shooting happened in Colfax at Louisiana Mudfest, an ATV and mudding park, The Advocate reported.

Ardoin was slated as the Friday headliner, with Lil Nate and the Zydeco Big Timers scheduled to perform Saturday night. Lil Nate posted on Facebook on Saturday that his group had canceled their performance.

The Grant Parish Sheriff’s Office said in a news release that they responded to the park after receiving reports of multiple people shooting into a crowd. They said two people were struck by the gunfire and suffered moderate injuries, including a 14-year-old child.

The sheriff’s office said hundreds of vehicles tried to leave at once as people fled in panic.

Two people armed with guns were arrested but their identities have not been released and police have not said whether they are accused in the shootings that injured Ardoin and the teenager.

American expats reveal things that baffle them about Australia

US Secretary Of Commerce Meets With MI Leaders To Discuss…

Port Of Oakland Cargo Volume Down 20% In October As…

US Secretary Of Commerce Meets With MI…