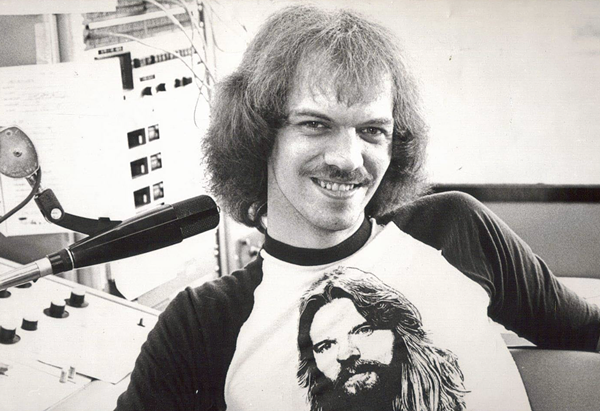 An arrest has been made in connection to the murder of a beloved veteran Detroit disc jockey, who was discovered dead at his Highland Park home on Sunday.

After spending four decades on Detroit rock radio, manning the mic at stations like WWWW-FM, WLLZ-FM, WABX-FM, and classic rock station WCSX-FM, where he worked from 2002-2013 before dedicating his time to voiceover work, John O’Leary, 68, was found stabbed to death in his backyard on Candler Street in Highland Park.

Police responded to calls early last week claiming that O’Leary was, in fact, dead in his backyard, Fox 2 News reports, but said they found nothing to support those claims at the time. Per The Detroit Free Press, O’Leary’s body had been found under the back porch covered in sheets and some gardening and building supplies after the police conducted a wellness check.

Police say the suspect, whose identity has not been revealed but has been reported as being O’Leary’s roommate, is in custody awaiting arraignment on murder charges.

It remains unclear as to when O’Leary was murdered.

“So very sad to hear of the passing of John O’Learly,” fellow radio longtime Detroit broadcaster and O’Leary’s colleague Doug Podell wrote on Facebook. “We worked at 4 Radio stations together in Detroit WABX W4 WLLZ WCSX …we were truly brothers in sound. you will be missed my friend.”

A Redford High School graduate and a Specs Howard School of Broadcast Arts alum, O’Leary started his radio career in 1975 at WWWW FM.

“He was very passionate about radio,” Podell told The Detroit News. “He was almost a historian when it came to Detroit radio, and he was just about to launch a podcast with some friends looking at the early days of Detroit rock radio.”

“WABX Air Ace John O’Leary has died,” local novelist Peter Werbe wrote on Facebook. “He was a friend and colleague, last with me at WCSX. He was organizing a radio history event at Edo Raman with me, Chuck Santoni, and Ron Robinson at the time of his death. A deep emotional blow and a great loss to the community.”

“Hope you’re in a huge studio where you are now my friend,” Gnyp wrote on Facebook.

“The only thing John loved more than being on the radio was connecting with Detroit listeners like you,” Harper wrote. “He played Rock tunes for many years on a variety of stations, most recently WCSX. He had tremendous talent and was one of the nicest guys I ever worked with. You won’t find anyone in our business with a bad thing to say about him…he truly was one of the last Peace, Love and Rock Roll DJs around.”

He continued, “You certainly left YOUR mark, Johnny. I will try for the rest of my Life to be as kind as you were.”

“RIP my radio friend John O’Leary,” Pam Rossi wrote on social media. “Hearing this was like a punch in the gut this morning. So sad. I worked with John at WCSX and could always rely on a good radio story. You’ll be surely missed.”

Per The Detroit Free Press, several Detroit-area music promotors, including friend Brian Major, who was tasked with positively identifying O’Leary’s body as he had no immediate living family members, are planning to host a tribute concert and memorial service for O’Leary, though it will likely take place after the holidays.

Had the good fortune, just by chance, to chat with John O’Leary just 10 days ago, ostensibly about the Rolling Stones, but, as with most things with John, so much more. A true gent. A genuine part of the fabric of Detroit music and radio. Truly tragic. Let’s remember him well. pic.twitter.com/a5J92OLtt9

Wear OS Is Growing Again, and Google Has Samsung to Thank