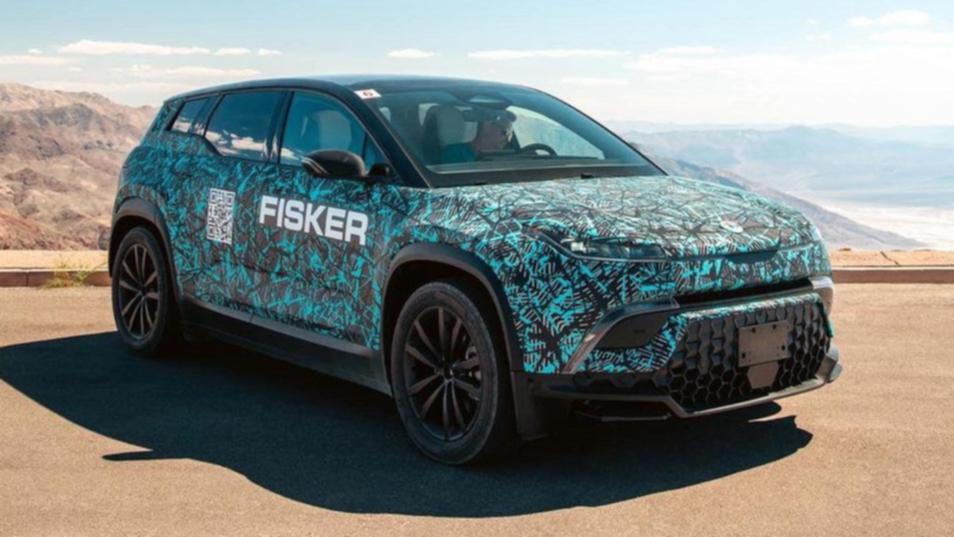 Austrian contract manufacturer Magna Steyr, Fisker’s production partner, has produced 95 prototype versions of the Ocean to date at its carbon-neutral factory in Graz.

Fisker said these “early-run vehicles” will be used for testing, marketing, service, and manufacturing training purposes.

“It’s fantastic to see the quality of the Fisker Oceans currently being manufactured, and to also see them incrementally improving on every visit,” said Fisker CEO and chairman Henrik Fisker after a visit to the Austrian production plant.

“It’s rewarding to observe the continuous improvements to manufacturing speed on the assembly line.”

“Our marketing and service teams are thrilled to get their hands on cars before the official production starts so they can thoroughly prepare for deliveries and promote the Fisker Ocean in our launch markets.

“This phase of assembly marks the onset of improvement and refinement for start of production and through ramp-up.”

We reached out to Fisker to confirm if there are any plans for an Australian launch of its upcoming EVs. We’ll update this story if we hear back.

As previously detailed, the Ocean range opens with the Sport, priced from $US37,499 ($A57,689) before federal and state credits in the US.

It features a CATL-supplied lithium iron phosphate (LFP) battery that’s good for a claimed range of up to 434km according to WLTP testing.

Powering the Ocean Sport is a single electric motor on the front axle that produces 205kW of power. Fisker claims it can do the 0-60mph (0-96km/h) sprint in 6.9 seconds.

The mid-spec Ocean Ultra is priced at US$49,999 ($A76,919) and features a CATL-supplied ‘Hyper Range’ battery pack with a nickel manganese cobalt (NMC) cell chemistry. Claimed electric range is 609km on the WLTP test cycle.

The Ultra features a dual-motor all-wheel drive system with a total system output of 402kW, good for a 0-60mph time of 3.9 seconds.

The top-of-the-range Ocean Extreme is priced at US$68,999 ($A106,149) and also features a CATL-supplied NMC battery that’s been reworked to provide a claimed WLTP range of 629km.

Ocean Extreme models also have a dual-motor all-wheel drive system thats been fettled to produce 410kW. Fisker claims this model can do the 0-60mph sprint in 3.6 seconds.

The first 5000 Ocean SUVs that’ll be produced will be a special launch edition version called the Ocean One.

These models will be priced at US$68,999 ($A76,919), the same price as the Ocean Extreme, but will feature more standard equipment, including 22-inch ‘F3 SlipStream’ wheels.

Ocean One models have the same NMC battery pack and dual-electric motors as the Ocean Extreme.

Looking beyond the upcoming Ocean SUV, Fisker has been been teasing its Pear entry-level “sporty crossover”.

Development of the Project Ronin concept began last year, and Fisker says it expects to reveal it in August 2023 with production starting in the second half of 2024.

Can a tablet replace your laptop? A comparison of smart tablets and laptops