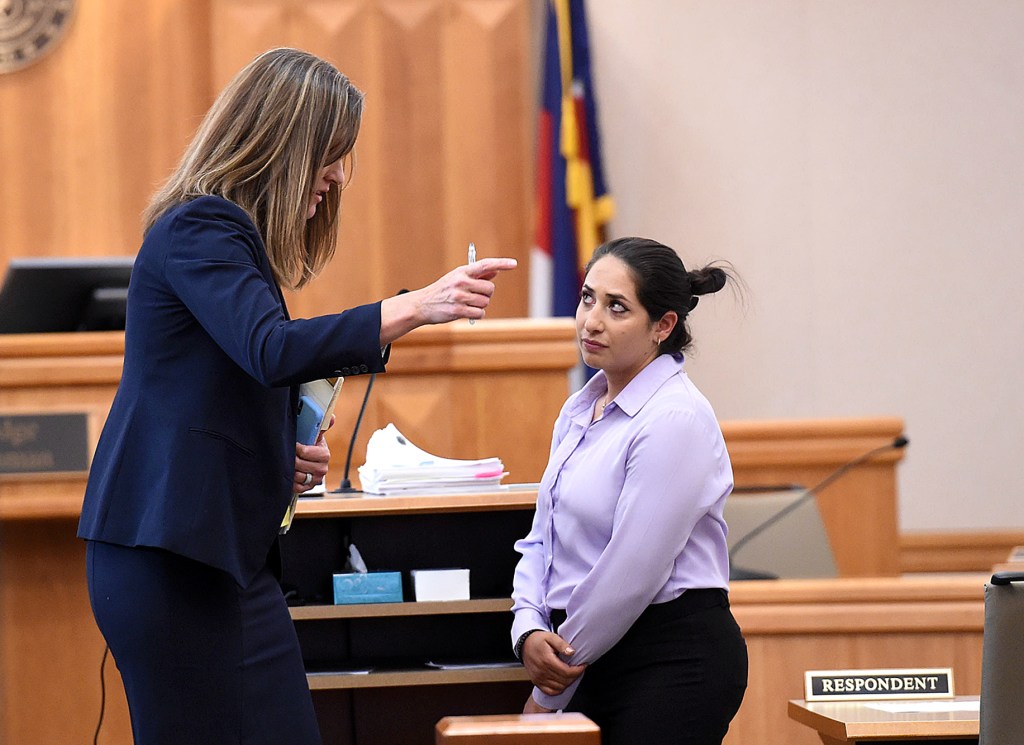 Former Loveland Police Department officer Daria Jalali pleaded guilty Wednesday afternoon to one of the misdemeanor charges she faced for involvement in the 2020 arrest of Karen Garner.

Lehman said that while sentencing is open, there is a stipulation to a probationary sentence of up to five years. He said that as part of the sentencing he could also decide to sentence her to up to 60 days in jail which could be served in a number of ways, from time in jail to home monitoring.

As part of the deal, Jalali will be unable to seek employment as a law enforcement officer; however, Lehman clarified that this would only be an effective agreement for as long as she is on probation.

Lehman scheduled Jalali to return for sentencing at 8:30 a.m. Aug. 5.

Jalali was one of two former officers who were criminally charged in 2021 for their involvement in the 2020 arrest of Karen Garner, a 73-year-old woman with dementia.

Austin Hopp, the former LPD officer who arrested Garner, was sentenced to five years in prison in early May for a guilty plea to second-degree assault.