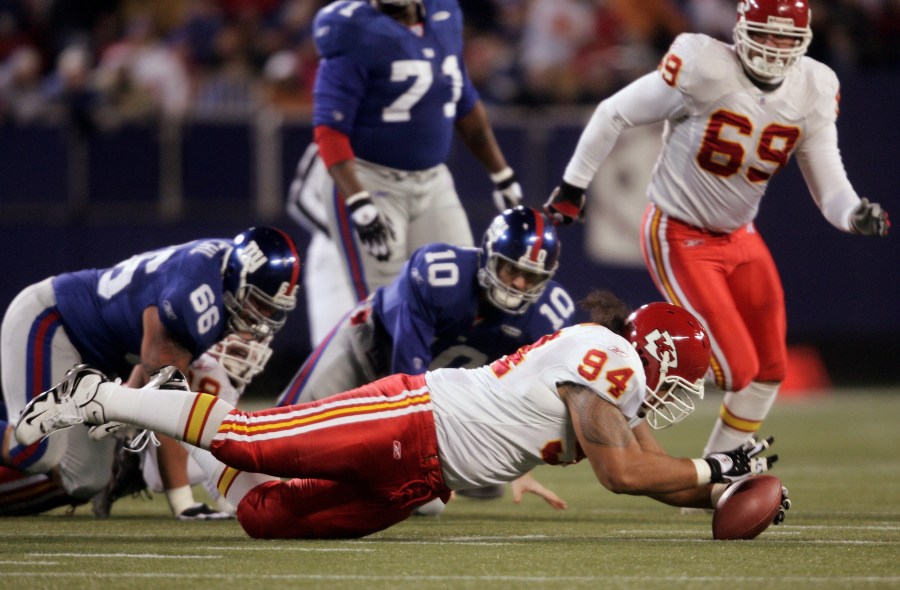 Saousoalii P. Siavii Jr., better known as Junior Siavii, was charged in federal court in 2019 with three counts of illegally possessing firearms. He was being held in the U.S. Penitentiary in Leavenworth awaiting trial.

Details about his death were not immediately available.

Siavii was drafted by the Chiefs in 2004 in the second round as the 36th pick overall. He was later cut from the team in 2006.

The defensive tackle later signed with the Dallas Cowboys in 2008 and was with the team off and on through 2010. The Seattle Seahawks then claimed him off waivers in 2010. He set a career-high in tackles with the Seahawks before he was injured and then released in 2011.

A criminal complaint filed in 2019 alleged that Siavii had been arrested on three occasions in which he was in possession of both illegal drugs and loaded firearms. Under federal law, it’s illegal for anyone who is an unlawful drug user to be in possession of any firearms or ammunition.

Court documents say police were called to a parking lot on U.S. 40 Highway where Siavii was getting out of a stolen vehicle. Officers said Siavii disregarded their commands, and an officer deployed his Taser on Siavvi twice.

Police reported finding a loaded pistol, ammunition and other drugs in Siavii’s possession. The complaint cites other incidents in which Siavii was arrested while in possession of illegal drugs and firearms.

Tributes to ‘wonderful’ teenager, 19, killed in…

Brits told NO countries will be put on red list again…

Very large cauliflowers! The new Ford Bronco Raptor is on…

Brits told NO countries will be put on…

Tributes to ‘wonderful’ teenager, 19, killed in…

I’m a Fashion Nova employee and here are shock…