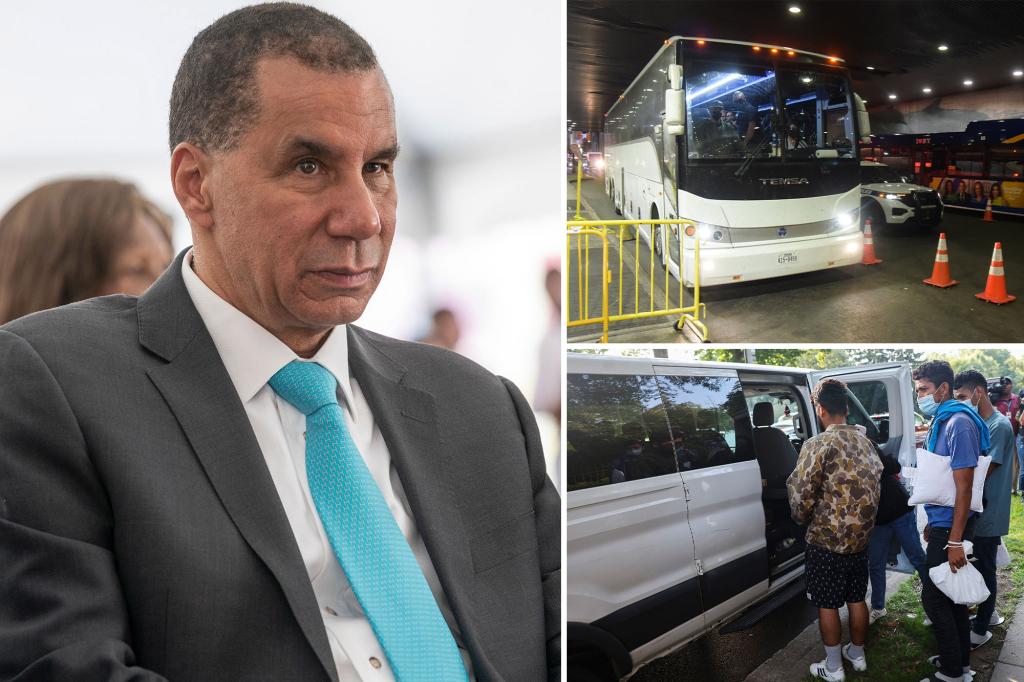 “It reminds me … of some criticisms that were often made during the integration movement, where there were people who were pro-integration,” Paterson said.

“They were progressives. They were liberals. But they didn’t want anybody moving into their neighborhoods. Someone else was going to have to live with the African-Americans and Hispanics who moved into those neighborhoods.

“You kind of have history repeating itself 50 years later.”

Paterson insisted he does not support actions by Texas Gov. Greg Abbott and Florida Gov. Ron DeSantis to send migrants to liberal jurisdictions like New York and Martha’s Vineyard.

New York City has welcomed more than 11,000 migrants from southern states in recent months, according to city figures.

Mayor Eric Adams has blasted Republican governors for sending the asylum seekers, insisting that the city’s shelter system is overloaded — while also coordinating with at least one Democratic mayor for New york City to receive even more.

David Price announces that he will retire after 2022 MLB season