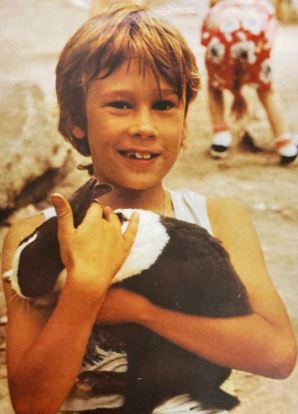 ROSWELL, Ga. — The Roswell Police Department has made an arrest in a cold case in which an 8-year-old boy was brutally sexually assaulted and murdered in 1988.

The Roswell Police Department shared news of the arrest on their Facebook page:

Harmon was reported missing by his parents on May 15, 1988, after he failed to come home for dinner. After two days of searching, the little boy’s body was found in a wooded area near the apartment complex he lived in with his family.

Despite efforts put forth by Roswell detectives and the GBI following the murder, police say the case went cold. Throughout the years, detectives have revisited the case in hopes of bringing Harmon’s murderer to justice, though their efforts have had little success until recently.

“This was a tragedy that no family should endure”, Roswell Police Chief James Conroy said. “The death of Josh and the fact that his killer remained free for such a long time is unimaginable.”

Determination from investigators and advancements in science and technology finally lead to a break in the case.

“The many officers, detectives, special agents, attorneys, scientists and retirees who worked this case never gave up hope in bringing Josh’s killer to justice,” Conroy said.

Police said Harmon’s body was exhumed in February 2021 in hopes that more evidence in the boy’s murder could be collected.

According to police: “In March, the GA Sexual Assault Kit Initiative taskforce, a subset of the GA Criminal Justice Coordinating Council, provided the Roswell Police Department with funding to pursue additional DNA testing on evidence from the crime scene. Recently, investigators received the results of that testing performed by an independent laboratory, CyberGenetics Inc., which linked Coates to the crime.”

Coates was taken into custody at a traffic stop on July 21. He has been booked into the Fulton County Jail.

“I hope this arrest brings the Harmon family a sense of closure,” Conroy said.

Coates has been charged with the following:

Police say while an arrest has been made in the case, it still remains under investigation. Anyone with information should contact the Roswell Police Department at 770-640-4100, or provide anonymous information through Crime Stoppers Atlanta at 404-577-TIPS(8477).