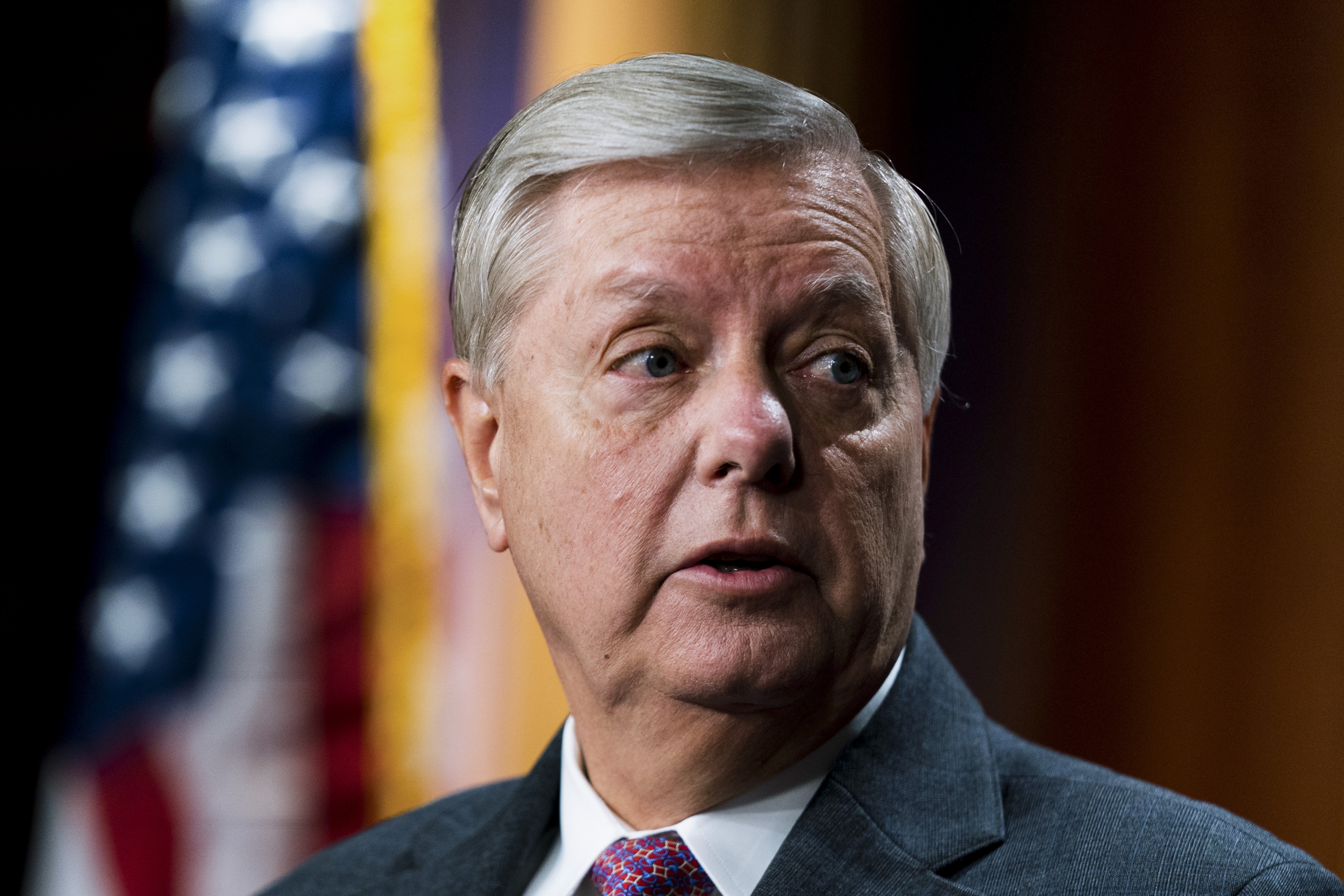 U.S. Sen. Lindsey Graham has tested positive for the coronavirus, the first senator to disclose a breakthrough infection after being vaccinated.

COLUMBIA, S.C. (AP) — Sen. Lindsey Graham has become the first senator to disclose a breakthrough infection after being vaccinated against the coronavirus, saying Monday he is “very glad” he received the vaccine, without which his current symptoms would be “far worse.”

The news prompted several other lawmakers to get quick COVID-19 tests and report their status. A handful of Senate colleagues spent part of the weekend working and socializing with the South Carolina Republican, who attended a gathering on Sen. Joe Manchin’s houseboat the evening that he first developed symptoms.

In a statement issued Monday afternoon, Graham said he “started having flu-like symptoms Saturday night” and went to the doctor Monday morning.

After being notified of his positive test, Graham said he would quarantine for 10 days.

“I feel like I have a sinus infection, and at present time, I have mild symptoms,” the 66-year-old Graham said. “I am very glad I was vaccinated because without vaccination, I am certain I would not feel as well as I do now. My symptoms would be far worse.”

According to spokesman Kevin Bishop, Graham was among senators who attended Manchin’s event on Saturday. Sam Runyon, a spokeswoman for Manchin, said the West Virginia Democrat “is fully vaccinated and following the CDC guidelines for those exposed to a COVID positive individual.”

In the Capitol Monday evening, senators who attended the gathering were present and voting. Manchin said he had since tested negative and said the outdoor event, which lasted several hours and featured hamburgers, was “just trying to get people together.”

“We do everything in a bipartisan way, and that’s what we do,” Manchin said. “I talked to Lindsey today, he’s fine.”

Sen. Chris Coons, D-Del., told reporters that he was also on the boat, named “Almost Heaven,” and was awaiting test results. Sens. John Thune, R-S.D., and Jacky Rosen, D-Nev., were also there and were getting tested.

More senators have donned masks in recent weeks as coronavirus case counts have risen, but they aren’t required in the chamber, and some still choose not to wear them. The House has returned to a mask requirement.

Senate Democrats will switch back to a virtual caucus lunch Tuesday at the Capitol amid the virus surge. Republicans had been quicker to resume in-person meetings last year, but there was no word if their lunch plans would now change.

Missouri Sen. Roy Blunt, a Republican who is vaccinated, was not wearing a mask Monday and said he had not decided whether to put one back on. He said he’s concerned that reports of Graham’s illness will discourage some to get vaccinated.

On wearing a mask, Blunt said, “I think it actually is one of the reasons that people are encouraged to get the vaccine is they don’t have to.”

There’s no way to know just how risky it was for the people who were near Graham — vaccinated or not. Vaccinated people are at a much lower risk of being infected at all and for contracting a serious case. But the level of risk depends on whether Graham was masked, whether they were masked, how much virus his body was producing when they met, how close they were and for how long.

According to the Centers for Disease Control and Prevention, fully vaccinated people determined to have been in close contact with someone who has COVID-19 do not need to quarantine if they are asymptomatic but should be tested within five days and wear a mask indoors for 14 days or until testing negative.

Graham, who was vaccinated in December, has long been a proponent of vaccination, saying during a visit this spring to the Medical University of South Carolina in Charleston that “the sooner we get everybody vaccinated, the quicker we can get back to normal.”

Graham’s infection comes on the heels of updated CDC guidance urging even fully vaccinated people to return to wearing masks indoors in areas of high coronavirus transmission, citing the surge of the highly contagious delta variant. Recent analysis has shown that breakthrough cases of COVID-19, with mild or no symptoms, still remain rare.

Both congressional chambers have been adopting stricter face covering regulations amid a resurgence in COVID-19 cases across the country.

Graham, who was wearing a mask, did not answer questions from reporters on Capitol Hill earlier Monday, prior to the statement being issued. Because of Senate votes, Graham was not in attendance at Friday night’s Silver Elephant dinner, the South Carolina Republican Party’s signature annual fundraiser and an event attended by hundreds, including former Secretary of State Mike Pompeo, a headlining speaker.

Meg Kinnard can be reached at http://twitter.com/MegKinnardAP.

Mary Clare Jalonick and Lisa Mascaro contributed to this report from Washington.

Google Calendar in your iPhone calendar: this is how you…

Lessons were aplenty for NYCFC during…

Google Calendar in your iPhone calendar:…