Hanukkah: ‘Light is always going to be associated with goodness’ 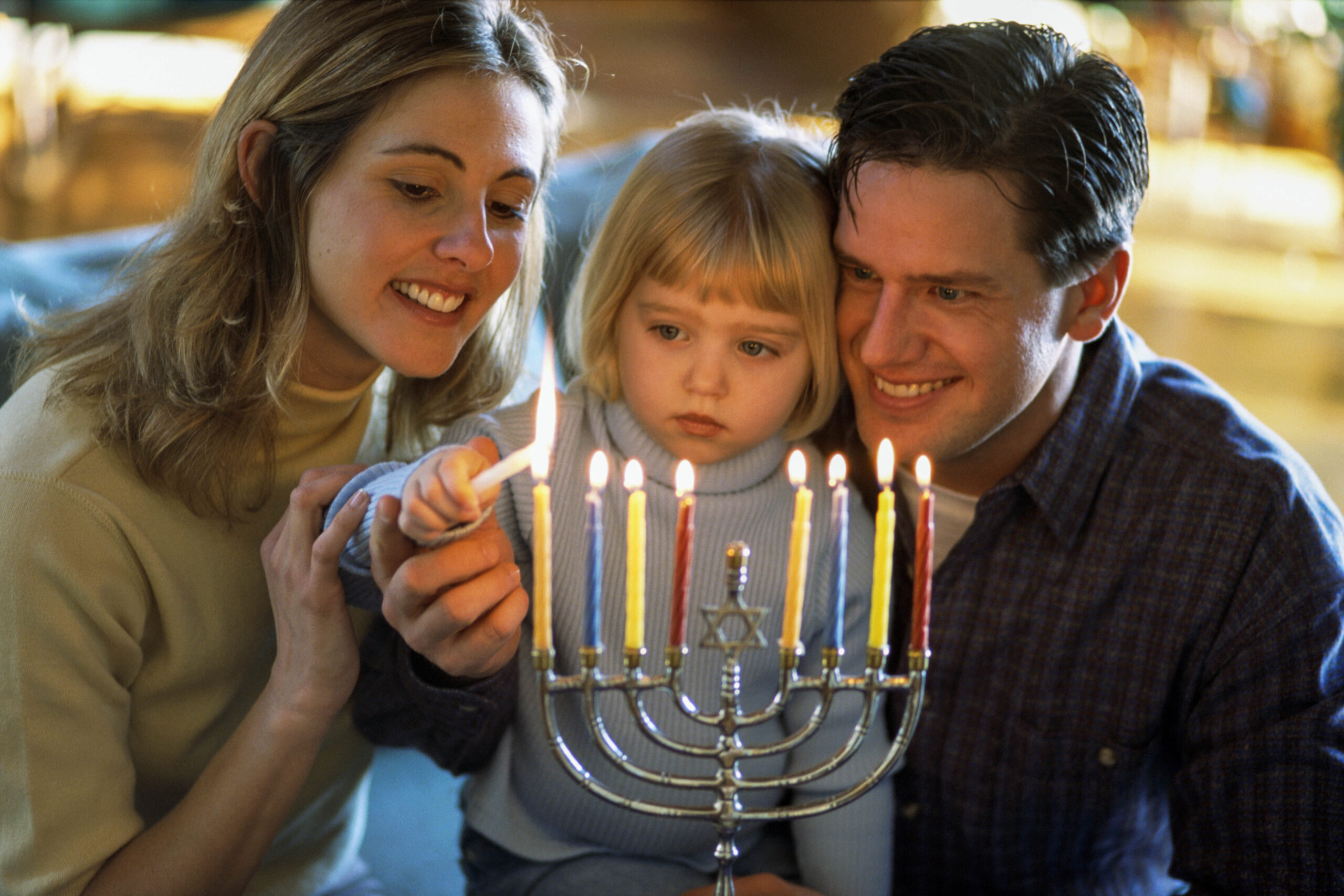 He can do without this Zoom stuff, even if he has gotten pretty good at it.

So go the Hanukkah thoughts these days of Rabbi Joe Hample, of Morgantown’s Tree of Life Congregation.

This year’s observance, which began at sundown Nov. 28, concludes at sundown Monday.

Come dusk today, the tiny synagogue on South High Street will be dark due to COVID-19 and its variants — but the candles in the menorahs of members of the faithful across the city will still be aglow, as they always are, during the season.

On Sunday evening, their computer monitors and the screens of their other devices will be glowing, also.

A talent show is in the works, via Zoom, and Hample, a Harvard-trained Russian scholar who didn’t decide to become a rabbi until he was 40, is hoping the congregants log on to try their hand at some comedy, even.

The synagogue’s members are mostly academics and other professionals associated with WVU.

Reverence and seriousness rule — except when it all gets gloriously sillier than a clarinet in a klezmer band.

Which, the rabbi said, is a mirror of life itself.

“Well, this is our second year of going virtual, but maybe we can tell some jokes and have some fun,” he said.

The rabbi readily admits that’s a tall order in these pandemic-shadowed days of violence and political unrest — but he’s still hoping, however, that those Hanukkah candles will serve as the Applause sign Sunday night.

The message is as old as the oceans and the sands.

It goes back to ancient Greece, where Jews were oppressed under the reign of Antiochus IV Epiphanes, a Greco-Syrian king who outlawed their faith and desecrated their temple.

His imposed rule carried a taunt even crueler.

He forced his captors to sacrifice pigs, which are non-kosher, on their altar.

A small band known as the Macabees rose up to defeat Antiochus, however. The menorah in the temple was re-lit in victory.

Then awe, over the illumination, set in.

It was said there was only enough oil to keep the menorah going for one day. Miraculously, its flames flickered for seven more after that. Thus, the eight days and nights of the celebration.

There was a lot going on in those tiny, glimmering dances then, Hample said.

And, he added, even more so now.

‘Everyone has some good in them’

For Hample’s cross-town counterpart, Rabbi Zalman Gurevitz, Hanukkah is about the light of faith and family.

Gurevitz grew up in Brooklyn, N.Y., and studied in New York City, Boston, England, and Israel on his way to becoming a rabbi.

That call led him to Morgantown and WVU’s Rohr Chabad Jewish Center on Willey Street.

Gurevitz and his wife are Orthodox Jews, meaning they adhere to 613 commandments of the Torah while keeping kosher in a college town — which isn’t always easy, he allowed.

They’re also the parents of several young children, while considering the university students who frequent the center their spiritual family, as well.

During the quarantine months, they delivered kosher take-out meals to students, who, with their face masks, now stop in for socially distanced gatherings, Gurevitz said.

During Hanukkah, he wants his community of students to collectively follow their hearts, with the menorah’s candles lighting the path.

“We light the menorah as it’s getting dark,” he said.

“The light takes away the dark. Light is always going to be associated with goodness.”

“Grow with the glow. Light is always going to be associated with goodness and positivity. Everyone has some good in them.”

The post Hanukkah: ‘Light is always going to be associated with goodness’ appeared first on Dominion Post.

Indian government wants to develop its own competitor for…

Indian government wants to develop its…

Longmont’s new Nino Gallo park will be the first…