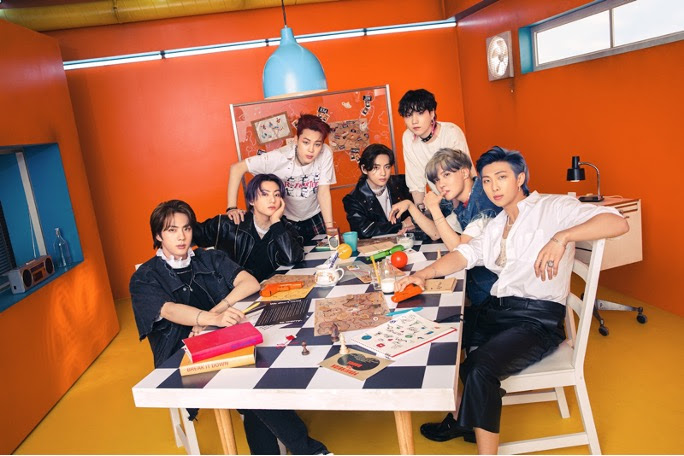 BTS have dropped a holiday remix of their hit single “Butter.” The new version, “Butter (Holiday Remix),” is a carol pop genre track with a festive ambience, just in time for the holiday season.

BTS originally released “Butter” back in May. The track marked the South Korean group’s second-ever English-language single, following their global hit “Dynamite” from last August. The band has since shared several versions of the song, including “Butter (Hotter Remix)” and a remix featuring Megan Thee Stallion.

Last month, BTS brought Megan Thee Stallion onstage during one of their four Los Angeles concerts to perform the remix live. The performance was captured on a handful of fan-shot videos, with BTS breezing through the first bit of the song on a light-up platform that extended out from the main stage. Megan then appeared on that main stage, rolled through her verse, then strolled down to join BTS for the song’s big finale.

The LA concerts cap off a massive year for the recent Rolling Stone cover stars, who not only scored their two Number Ones with “Butter” and “Permission to Dance,” but featured on a third, Coldplay’s “My Universe.” The group also picked up their second Grammy nomination, with “Butter” earning a look for Best Pop Duo/Group Performance.

Justin Hemmes declares Sydney nightlife ‘is back’, posting videos from packed out nightclub