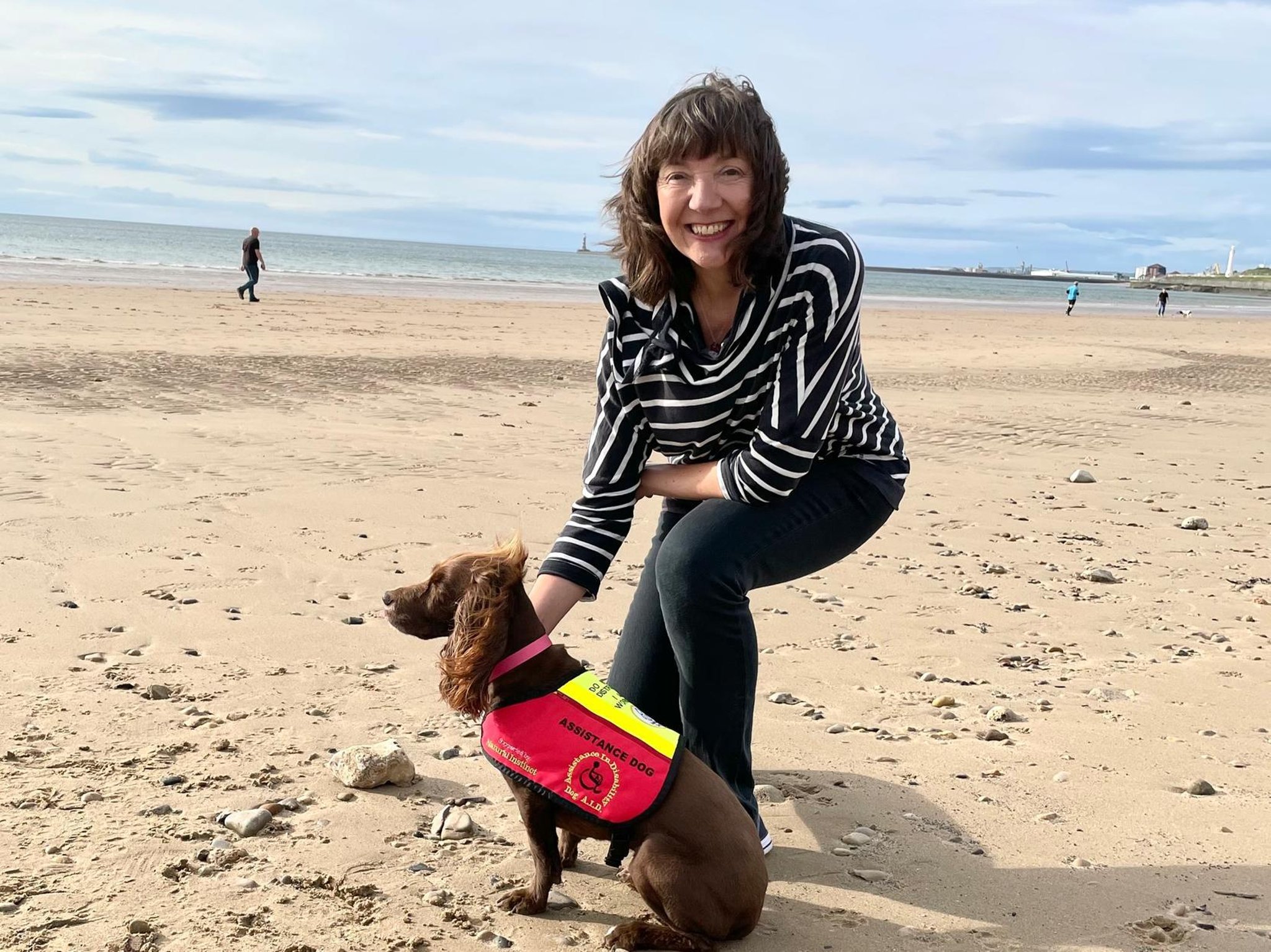 The author behind the best-selling Ryhope-set sagas, is due to release her first cosy crime Murder at the Seaview Hotel in e-book form, audio and hardback (5th August), followed by paperback in November 2021.

To celebrate the debut Glenda has launched a competition to win the chance for a fan to have their name included as a character in the follow-on novel, Curtain Call at the Seaview Hotel which is out in May 2022.

Glenda Young said: “Dog A.I.D. is a charity that is very close to my heart. My lifelong friend Lynn trains the Assistance Dogs locally and I’ve seen first-hand the direct impact and support the dogs bring to people.

“To raise funds for the charity, I’m offering the chance for someone to have their name included in book two of my new cosy crime novels set in Scarborough. The winner will be drawn via Facebook Live and I’m sure one of the dogs will have a starring role in picking the winner!”

The Dog A.I.D. competition which will run from August 5 to September 30 has a JustGiving page set up and everyone who donates to the charity via the page will be entered into the draw to have their name in the book.

Dog A.I.D. (Assistance in Disability) helps people with physical disabilities, train their own pet dogs to provide assistance with day-to-day tasks and in some circumstances provide life-saving interventions and is an accredited A.D.U.K. and A.D.I. member.

In 1996, the Dog A.I.D. Scheme was launched nationally at Crufts and today benefits from a team of over 100 Trainers and Assessors working on a voluntary basis across the UK.

Glenda’s friend Lynn Stacey from Ryhope, who volunteers as an Assistance Dog trainer in the region on behalf of the charity, also relies closely on her own Cocker Spaniel, Bella.

Bella supports with many daily tasks including picking things up, opening and closing doors and putting clothes in the washing machine, alongside being a constant companion to Lynn.

Lynn Stacey added: “I am so happy that my lifelong friend Glenda is supporting Dog A.I.D. through her exciting new novel. The competition is an amazing opportunity to raise funds for Dog A.I.D. and I am honoured to be involved.”

Glenda, who is best known for her heart wrenching sagas filled with drama, tragedy and romance will continue to see her Ryhope-set novels hit the shelves in 2022 and 2023 as part of her eight-book deal with publisher, Headline.

The debut book, Murder at the Seaview Hotel is set in Scarborough and stars a troupe of 12 Elvis impersonators, called Twelvis. When one of them is found murdered with his blue suede shoes missing, hotel landlady Helen Dexter and her rescue greyhound Suki are on the case to solve the crime.