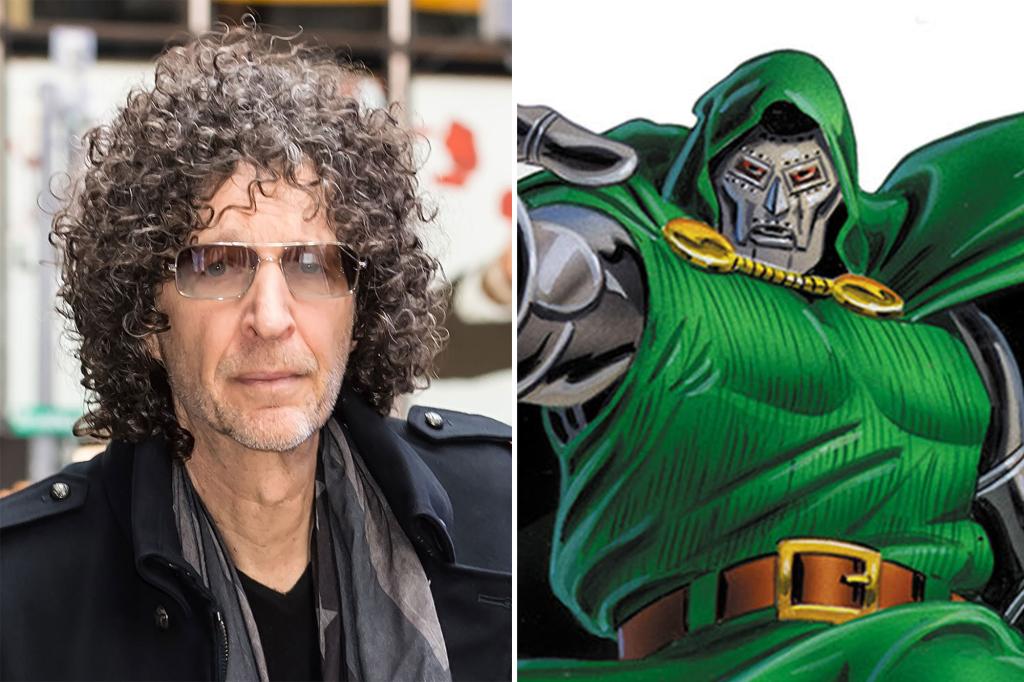 Howard Stern is less than thrilled about his possible summer job.

The controversial radio personality may have let slip that he could be joining the Marvel Cinematic Universe in a “Doctor Doom” movie.

During the commercials of his Sirius XM show on Thursday, the 68-year-old left his microphone on while he talked with producer Gary Dell’Abate about possible guests to book for the show.

It’s difficult to hear with ads playing over the conversation, but Stern tells the producer that he won’t be able to talk much in the next few months — prompting co-host Robin Quivers to inquire about his summer plans.

“Well, I’m gonna do ‘Doctor Doom,’” Stern said in audio recorded by TMZ. “But believe me, I’m f–lng miserable about it.”

Stern continued to share that he reached out to MCU vet and “Iron Man” himself Robert Downey Jr. for acting tips and then asked if Dell’Abate could give him director Jon Favreau’s contact information.

Marvel has not announced any upcoming project surrounding “Doctor Doom,” a scientist who can manipulate energy, among other abilities.

Maybe Stern is less than enthused about the mystery project because he is more focused on his 2024 presidential campaign. After the Supreme Court overturned Roe v. Wade, Stern said Monday on his show that he wants to run for president to “overturn all this bulls–t.”

Stern explained that he wants to have more immediate action to stabilize the Supreme Court.

“The other thing is, if I do run for president, and I’m not f –king around, I’m really thinking about it, because the only other thing I’m going to do is appoint five more Supreme Court justices,” he continued.

“I’m not afraid to do it. As soon as I become president, you’re gonna get five new Supreme Court justices that are going to overturn all this bulls–t,” the “Howard Stern Show” host pointed out.

The comedian also revealed that he would only consider running for president in 2024 if ex-prez Donald Trump was the Republican nominee.

He even reportedly has a running mate already, too: Bradley Cooper.

“This guy is gonna bring in the female vote like you wouldn’t believe,” Stern told Quivers on air on Wednesday.

Stern dipped into the political pool in 1994 when he ran for New York governor as a libertarian. However, he dropped out due to being required to reveal his personal finances.