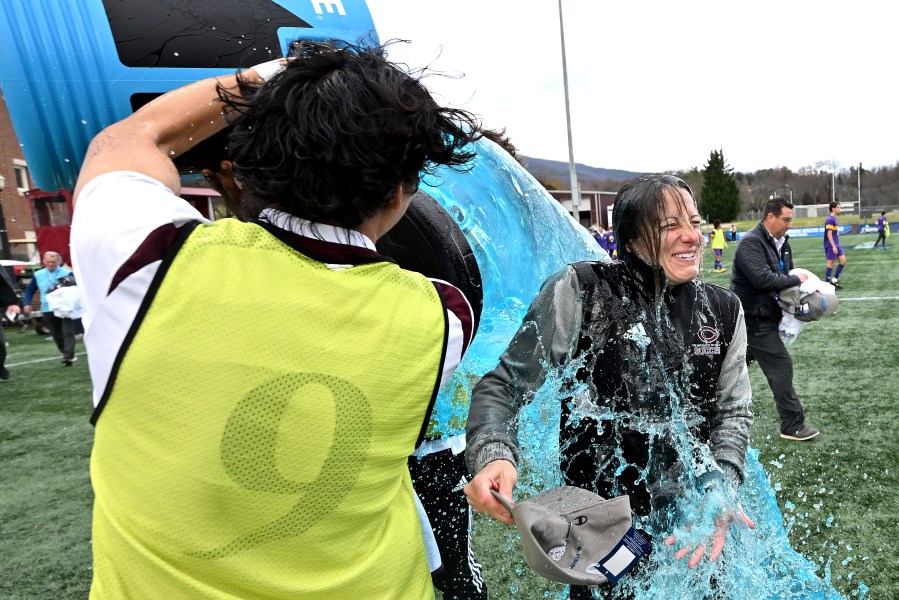 CHICAGO — Julianne Sitch made history so nice, she decided to do it twice on Saturday.

Earlier in the week, the University of Chicago men’s head soccer coach made history after becoming the first woman ever to lead a men’s soccer team to an NCAA Final Four appearance across any division.

But after a 1-0 victory in double overtime against no. 4-ranked Stevens Institute of Technology in the national semifinal, the Maroons sealed another chance at history for Sitch, as they defeated Williams College 2-0 in the NCAA DIII National Championship game, making her the first female head coach to lead a men’s soccer program to a national championship.

“The credit goes to the team. I mean, these guys have never had a female coach before, and
they embraced me as one of their own. For me, that will forever be a grateful moment,” Sitch said during the postgame press conference. “Just to watch them play, I’m extremely proud. They wear their heart on their sleeve, they show up every day … the energy, the support, the togetherness, this is a team.”

The accomplishment comes as statistics show the percentage of women head coaches in the NCAA — even in women’s sports — has declined over the years. In 1970-71, 90% of all head coaches for women’s sports teams were women, compared to 2021-22, where women in NCAA Division I held only 43.7% of the same positions.

Sitch is only the second woman to serve as a coach for one of the 415 NCAA DIII men’s soccer programs.

With the win Saturday, the University of Chicago finished 22-0-1 on the year — setting the school record for wins in the process — while also winning the university’s second NCAA team title in school history.

“That’s a special moment. I think the moment that’s going to stick with me is after [Forward Ryan Yetishefsky] scored that goal,” said senior defender Griffin Wada. “We all ran over to that sideline, and it was all the alumni that we played with, and we watched play in the past, and they all celebrated with us. That’s a special moment.”