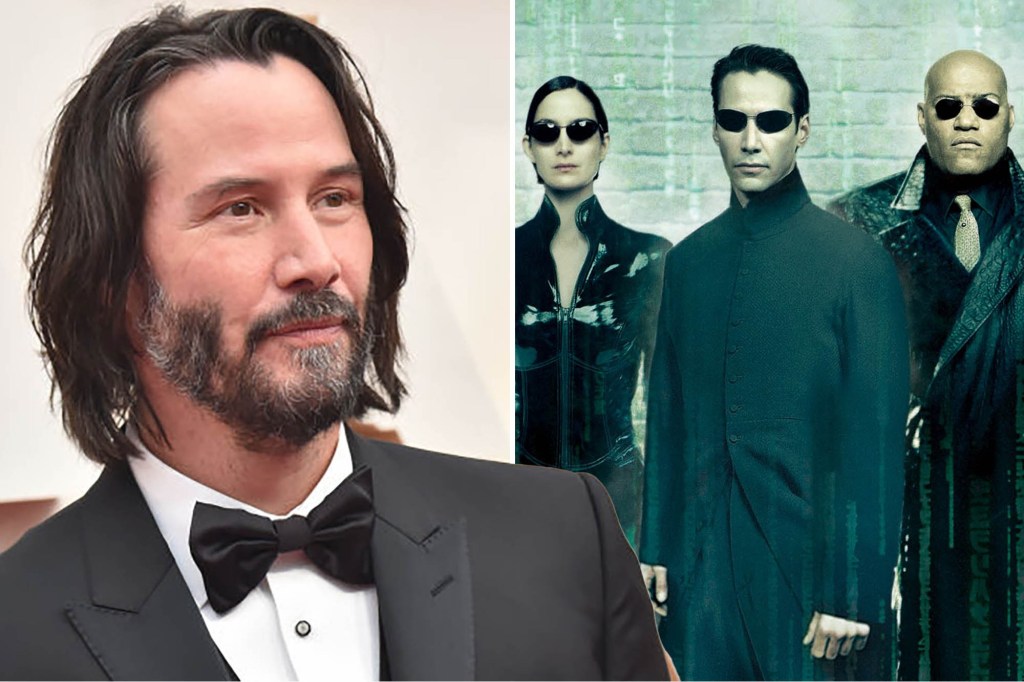 Keanu Reeves admitted that a trans character was cut from a script draft for 1999’s “The Matrix.”

An androgynous character named Switch was supposed to be played by a woman in the Matrix world and a man in reality.

In an interview with Entertainment Weekly, Reeves, 57, said, “I think the studio wasn’t ready for that.”

Director Lilly Wachowski explained in a 2020 interview with Netflix that Switch was portrayed by a female in both movie worlds.

“The corporate world wasn’t ready for it,” she said at the time. ” ‘The Matrix’ stuff was all about a desire for transformation but it was all coming from a closeted point of view.”

The fourth installment of the sci-fi series, “The Matrix Resurrections,” is set to be released in theaters and on HBO Max Dec. 22.

Not much is known about the plot of the fourth film, though returning series star Carrie-Anne Moss, 54, playing Trinity, is coming back. Reeves is also reprising his role as Neo.

“Candyman” star Yahya Abdul-Mateen II is coming on as young Morpheus, played by Laurence Fishburne in the original movie.

Moss and Reeves also opened up about their strong friendship over the decades since the first “Matrix” in the EW cover story interview. “We’ve been through this experience together as partners. The only way I can describe it is like a soul friendship,” Moss stated.

“Most of my scenes are with Keanu, and it was just a pleasure to sit across from him and do that again,” she continued. “He has a masterful understanding of action. I’ve watched him grow in the last 20 years. I’m in awe of it.”

Reeves interjected, “But you’ve got a flavor. It’s Trinity! It’s Carrie-Anne Moss, Trinity flavor. All the fierceness and mind, focus, commitment is there in the gestures. Untamed and wild and controlled.”

The “John Wick” actor also teased that the new film sheds some light on the two characters’ romantic relationship.

“Not that it needed it, but certainly the depth of why this film got made is the sense of it being a love story between Trinity and Neo,” he said.

Charging an electric car at home? This…

Spotify says it will grant Young’s request to remove music…