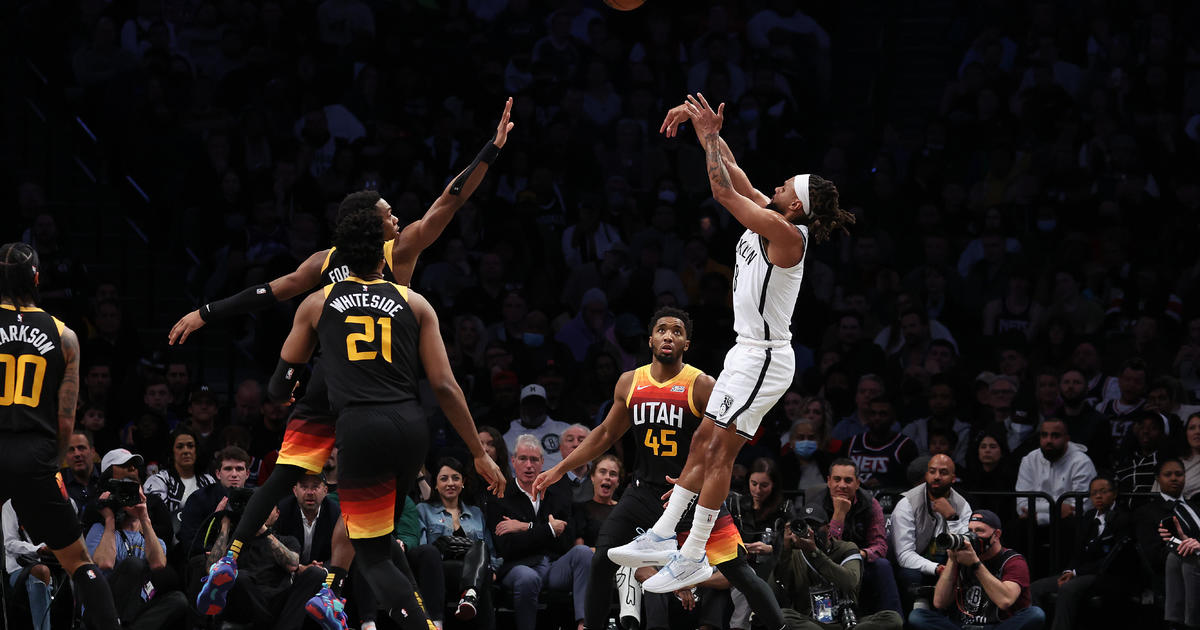 NEW YORK — Kevin Durant had 37 points, nine rebounds and eight assists, and the Brooklyn Nets beat the Utah Jazz 114-106 on Monday night for their sixth win in seven games.

Bruce Brown added 22 points for the Nets, who stayed in sole possession of eighth place in the Eastern Conference. Nic Claxton, starting for ailing center Andre Drummond, made all five shots and scored 11 in the the Nets’ 38-point third quarter that broke open the game.

Donovan Mitchell scored 30 for the Jazz, who had their three-game winning streak snapped. Jordan Clarkson added 19 and Mike Conley had 18 points and seven assists after sitting out a victory at New York on Sunday to rest his right knee.

The Nets’ two-point halftime lead was down to one before play even began in the second half after they were given a technical foul for a second delay of game violation. But then Claxton made the first two baskets in the third to get their big quarter going.

The game seemed fully in the Nets’ control when Durant’s 3-pointer made it 108-87 midway through the fourth, but Utah put together a 19-4 surge that trimmed it to 112-106 with 57 seconds to play. Durant then halted Utah’s momentum by throwing a lob pass that Claxton slammed down with 37 seconds remaining.

Drummond was out with an illness not related to COVID-19.

Jazz: Royce O’Neale missed all four shots from the field and had two points. … Trent Forrest returned after missing five games with a sprained right wrist and was 1 of 6 for four points. … The Jazz are 1-1 on a six-game road trip.

Nets: Seth Curry missed the second half with a sprained left ankle. … Goran Dragic started despite left knee soreness from what coach Steve Nash said was a fall during Brooklyn’s victory over Portland on Friday. … The Nets used their 40th different starting lineup of the season. … With LaMarcus Aldridge out with a right hip injury, Nash said it’s possible rookie Day’Ron Sharpe could be recalled from the NBA G League for Brooklyn’s upcoming two road games if Drummond’s illness lasts beyond Tuesday.

Nash said Ben Simmons’ injury was a herniated disk, an issue he had earlier in his career that had flared up again. Nash said he still believes Simmons will play this season, even with only 10 regular-season games remaining.

The CBSNewYork team is a group of experienced journalists who bring you the content on CBSNewYork.com.

Watch Pantera Play First Concert in Over 21 Years at Mexico…