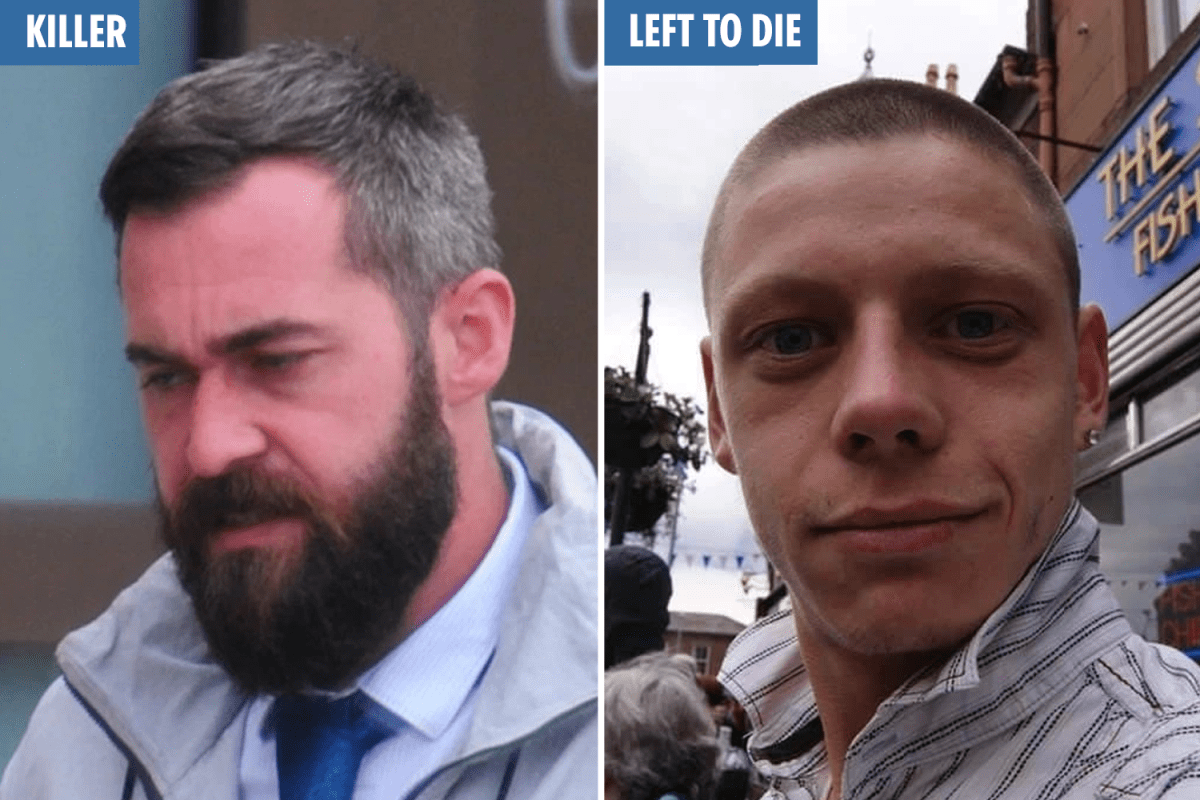 A KILLER murdered a stranger in a pub toilet – then returned to his pint.

Stefan McCormack, 33, punched, kicked and stamped on Rafal Sieja in the Black Bull bar in Lockerbie, Dumfries-shire on July 5 2019.

McCormack had earlier been told by a friend that Mr Sieja, also 33, was suspected of a crime in the local area.

Seconds after the beating, CCTV captured the thug coming back to his friends, casually having a drink of his lager then leaving the pub.

It was around 30 minutes before the victim was found stricken in the toilet.
Mr Sieja – originally from Poland – died three weeks later in hospital.

McCormack, also of Lockerbie, had denied the killing insisting he only shoved Mr Sieja when he was aggressive to him.

But, jurors heard how the ex-builder had confessed to a friend: “Oh, s***, I must have done him right in.”

McCormack was today convicted of murder following a trial at the High Court in Glasgow.

He faces a life sentence when he returns to the dock next month.

McCormack had been at the pub along with David Barrett.

The thug did not know Mr Sieja, but had clocked his friend talking to him that night.

McCormack later asked who Mr Sieja was before being told by Mr Barrett the man had been “accused” of an offence.

McCormack went on to quiz bar staff why the victim – nicknamed Jedi – was being served.

The killer was later spotted going to the toilet. Mr Sieja went in soon after.

It was there McCormack battered Mr Sieja leaving him helpless on the ground.

Mr Barrett gave evidence during the trial and was shown CCTV of his friend returning from the toilet.

TOOK A SIP AND LEFT

Asked what it showed, the witness said: “He came to the bar, picked up his pint, had a swig, put it down and then left.”

But, it was later before the alarm was raised and the victim was rushed to hospital.

He was initially in a coma, but passed away on July 27 from a serious head injury.

The trial was told McCormack had confronted Mr Sieja about the alleged crime, gave him a “couple of slaps” then “lost it”.

He was also said to have later told his mum that he had “hit the boy a few times”.

But, in his court, he told his QC Thomas Ross, Mr Sieja had been aggressive to him and he had pushed him to get out the toilet.

However, prosecutor Michael Meehan QC later put to McCormack: “You knew that you had inflicted serious injury and left Jedi unconscious on the floor of the cubicle.”

Lord Fairley remanded him in custody pending sentencing next month.

Man, 30, stabbed to death at London tourist hotspot as second victim in hospital with knife wounds

We pay for your stories and videos! Do you have a story or video for The Scottish Sun? Email us at scottishsundigital@news.co.uk or call 0141 420 5300

Haven 2022 holidays are on sale for as little as…

Update your Google settings now as…