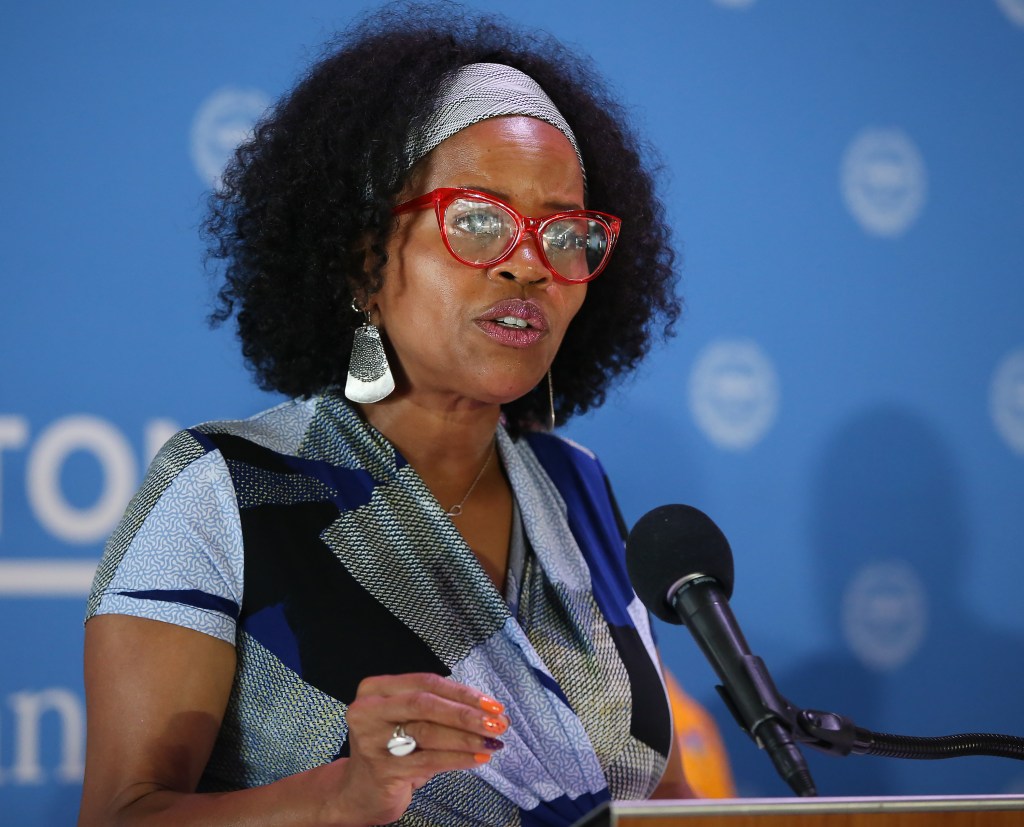 Acting Mayor Kim Janey’s benefitted from her big new office to help propel her toward the front of the mayoral-race pack — but she’s not going to have any assistance on the actual ballot, which won’t identify her as the city’s chief executive.

Janey’s ballot line won’t include the word “incumbent,” and she’ll just be identified as “Present District City Councilor,” per the city, which is having a drawing for ballot position Friday. That’s similar to several of her competitors, meaning that in this respect she won’t have some of the big visibility and branding advantages her office has granted her.

Janey remains the District 7 city councilor, which she was elected to in 2017. She’s also still the council president, elected by her fellow councilors in January 2020. The acting mayorship is a function of the council presidency when there’s a vacancy in the big office — as happened when then-Mayor Martin Walsh left to become the U.S. Labor secretary March 22. Janey, following precedent, has become inactive on the council as she’s taken on the duties of acting mayor.

But the city says these are the rules for the ballot: “There can only be a statement of candidacy if an individual was elected to the position.”

The three other city councilors running for mayor will all have similar ballot designations to Janey. Per their campaigns, Annissa Essaibi-George will be “Current City Councilor At-Large,” and Michelle Wu will be “Present City Councilor.” It wasn’t quite clear on Thursday how Andrea Campbell, who’s a district councilor, and former city economic development director John Barros would appear.

The lottery at City Hall at noon will determine the listing order of the candidates for mayor and the other municipal offices, including who gets the ever-sought-after top slot on each.

New proposed MBTA board still doesn’t have a Boston seat