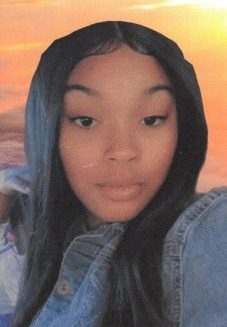 All investigations are still ongoing, according to KPD.

Janaria Muhammad: The Austin-East Magnet High School student was found laying behind a house on Selma Avenue, suffering from at least one ‘apparent’ gunshot wound.

Chaka Sligh: Chaka was shot on E. Fifth Avenue and transferred to UT Medical Center where she later died upon arrival.

Martaysha Flack: The Holston Oaks resident was found outside of her vehicle, on the ground, suffering from at least one gunshot wound.

Dewanda Johnson: Dewanda died after surgery from a domestic disturbance.

Markedra Houston: Markedra was found dead in her car, on MLK Jr. Avenue, from gunshot wounds on her legs.

Aseal Iysheh: Aseal found dead in the parking of BJ’s Food Mart, on Magnolia Avenue, from a gunshot wound. Family is offering $20,000 reward for any information about the suspect in the case.

Sheri Katulich: The New Market resident was found dead at a home, on Kenner Avenue.

Jesse Roberts: Jesse was found at a drive-thru window of Krystal’s restaurant suffering from one gunshot wound that came from The Vibe nearby.

Rekia Kinnebrew: Rekia died from a shooting that happened on Fifth Avenue.

Tamela Moore: Tamela was shot on Speedway Circle then transferred to the UT Medical Center, where she later died at the hospital.

Shanna Harmon: Shanna was found on Chickamauga, on the ground, with a gunshot wound then transferred to UT Medical Center, where she later died.

Regina Keck: Regina was found dead inside of a home on Alma Avenue from multiple gunshot wounds.

Gina Thacker: Gina was found dead in her car on Oak Branch Circle after a shooting.

Debbie Smith (no photo available): Debbie was found dead, from a gunshot wound, in a parking lot at Summit Avenue.

Patricia Eldridge Mays (no photo available): Patricia was found dead with multiple shots on the corner of Nelson Avenue and S. Bell Street.

There are multiple ways you can provide anonymous information to Crime Stoppers. You can call 865-215-7165, text **TIPS, go online at www.easttnvalleycrimestoppers.org, via the free mobile app, P3 Tips, or on the East Tennessee Valley Crime Stoppers Facebook page. Tipsters can remain anonymous and are eligible to receive a cash reward.

Meals on Wheels celebrates 55 years in…

It wasn’t the ice accumulation on…

Hong Kong to ban CBD, label it a 'dangerous drug'

Family tried to get him help