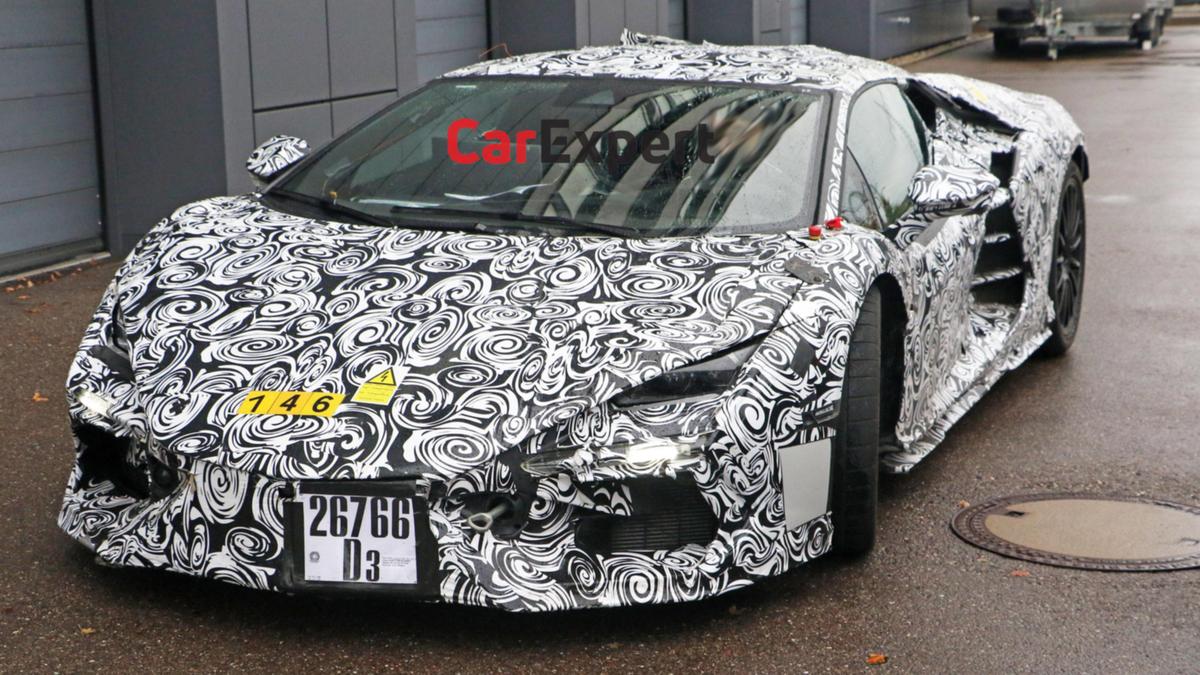 The new flagship Lamborghini supercar has been snapped inside and out, revealing more of its aggressive styling – and some extra technical details.

Photos of the digital dashboard show that, in city mode at least, the new hybrid V12 powertrain will have an 8500rpm redline.

The dashboard itself is an evolution of the current model’s setup, with a larger display area and more modern graphics. There also appears to be a big screen on the dashboard.

Based on the “Rear aero system fault!” message being displayed, the new flagship Lamborghini will feature at least a pop-up rear spoiler – and potentially more on the active aerodynamics front.

As for the exterior? Up front, the detailing is every bit as angular as you’d expect.

There are hints of Sian about it, although the rear has a different look thanks to its slim LED lights. Those Aventador tail lights are, as you can probably tell, stickers – but it appears production units lurk beneath.

Under the skin, the next flagship Lamborghini will feature a new, naturally-aspirated V12 engine mated with a hybrid system.

According to Lamborghini CEO Stephan Winkelmann, who spoke to CarExpert at the launch of the Huracan Tecnica in Italy, the new V12 will sound “amazing”.

“For me the brand has to maintain the character today to fulfil the dream of the people. Both the fans and the customers,” he said.

Outputs for the new powertrain haven’t been revealed, but Lamborghini isn’t likely to move backwards from what’s on offer in the Aventador. Its V12 powertrain makes 574kW and 720Nm in LP780-4 Ultimae guise.

With all-wheel drive and an automated manual transmission, the Ultimae can complete the 0-100km/h sprint in 2.8 seconds, hit the double tonne in 8.7 seconds, and max out at 355km/h.

The super capacitor setup used in the limited-run Sian has been deemed a “bridge technology” that’s unable to meet EU mandates, and therefore its 602kW hybrid V12 doesn’t necessarily foreshadow what to expect from the Aventador’s replacement.

The Aventador’s replacement is expected to debut in time to go on sale globally in 2023.

‘Bones and All’ review: All shock and no value