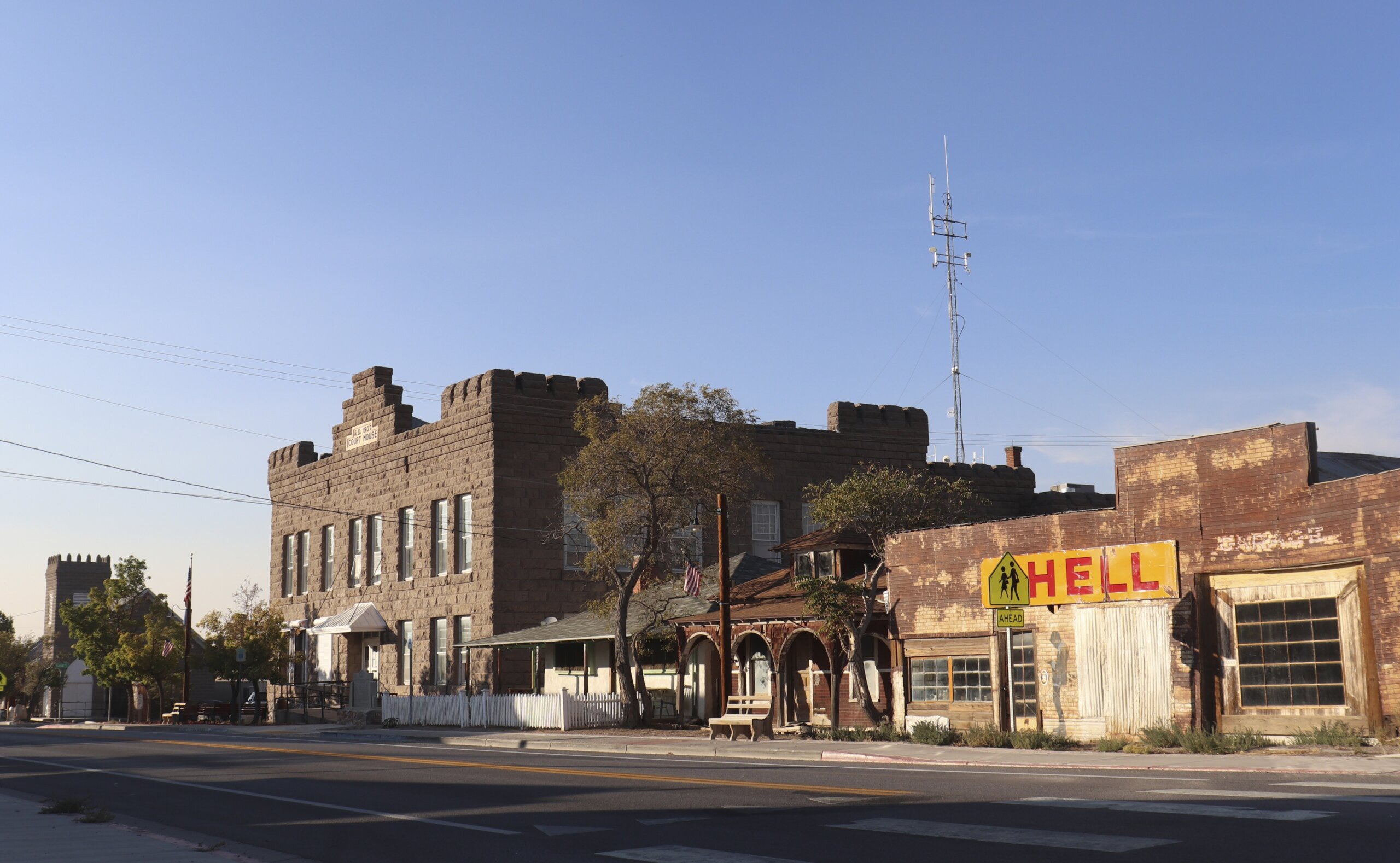 Counties across Nevada on Friday certified the last outstanding results of the state’s June 14 primary election after critics questioned the tallies by recounting their own experiences at the polls and repeating conspiracy theories that nearly derailed certification in New Mexico last week.

RENO, Nev. (AP) — Counties across Nevada on Friday certified the last outstanding results of the state’s June 14 primary election after critics questioned the tallies by describing their own experiences at the polls and repeating conspiracy theories that nearly derailed certification in New Mexico last week.

But it wasn’t before two county commissioners and a few election workers spent more than seven hours hand-counting all 317 ballots in the courthouse in Goldfield — an old mining town halfway between Las Vegas and Reno.

“Everything matches,” Esmeralda County Commissioner Ralph Keyes said when he and Commissioner Timothy Hipp briefly reconvened to formally canvass the vote and approved it 2-0.

Nevada’s other 16 counties already had certified the primary results and sent their formal canvass report to the secretary state.

The largest, Clark in Las Vegas and Washoe in Reno, were among those that provided their stamp of approval earlier Friday despite opposition from members of the public who made unsubstantiated claims about suspicions of fraud and manipulated voting machines.

The process of counties certifying election results has historically been a routine and ministerial task, reviewing the work done by local election officials to verify the accuracy of the vote count.

But these meetings have become the latest flashpoint in efforts to cast doubt on elections in the U.S. after a rural, Republican-led county in New Mexico last week initially refused to certify citing unspecified concerns about their voting equipment.

In Esmeralda County, where a tie in a deadlocked election for the county commission in 2002 was broken by a draw from a deck of cards, some confusion over the tally for Nevada’s unique option to vote for “None of these candidates” contributed to delays Friday night.

District Attorney Robert Glennen told the commissioners when they convened Friday after postponing action scheduled Thursday that he found nothing in state law that either specifically permitted or prohibited them from doing a hand recount.

Nevada Attorney General Aaron Ford, a Democrat seeking re-election in the western battleground state, hadn’t decided how the state would proceed if any county refused to certify the results or missed Friday’s 11:59 p.m. deadline because it had never happened before, his spokesman John Sadler said on Thursday.

In Reno, commissioners heard from several residents who said they objected to state law sending mail ballots to every registered voter. Some complained of receiving multiple ballots in their name or for people no longer living at their address, arguing this was proof of fraud and the election was corrupt.

But there are multiple checks built into the system, including signature verification and ballot tracking to ensure that one person can only cast one ballot that is counted. Election officials said Friday they do not count more than one ballot.

In Clark County, upset voters complained about a lack of transparency when ballots were tallied and problems with the state’s voter rolls, including some who said their party affiliations were changed. Others talked about being directed to specific voting machines if they were registered as Republicans.

Resident Charles Bossert said he received multiple ballots, but knew it was illegal to cast more than one so he only voted once. He asked commissioners to “stand in the gap and do what is right.”

“As a community, it feels like none of the votes count and democracy is dying in a lack of transparency,” Bossert said. “This is really a pivotal moment.”

County Registrar of Voters Joe Gloria reported more than half of the 288,683 ballots cast were by mail and only a fraction of 1% involved discrepancies that ranged from voters going to the wrong precinct to people changing their party affiliation after submitting a mail ballot.

The audience erupted with boos after the unanimous vote to certify, and people promised court action to challenge the election.

Commissioners in Nye County expressed what Chairman Frank Carbone called “a little bit of concern about the process” but approved the results on a 4-1 vote.

“Just too many issues,” Vice Chairman Leo Blundo said as he cast the “no” vote.

The 2020 election continues to dominate public discourse around voting and elections in the U.S., as Trump supporters and allies repeat claims without evidence that the presidency was stolen from Trump.

At one point during the Washoe County debate, a woman in the audience chanted “Biden cheated, Biden cheated!” as a speaker mentioned former President Donald Trump’s claims about a stolen election. One man wore a “Biden is NOT my president” cap while he urged commissioners not to certify.

Even before the November 2020 election, Trump was telling his supporters that fraud was the only way he could lose, pointing mostly — and without evidence — to the expansion of mail-in voting during the pandemic.

In the months since, the claims have been dismissed by dozens of judges, by Trump’s attorney general at the time, and by a coalition of federal and state election and cybersecurity officials who called the 2020 vote the “most secure” in U.S. history.

But the false claims prompted commissioners last week in rural Otero County, New Mexico, to initially refuse to certify results from their June 7 primary. After a showdown with the secretary of state and an order by the New Mexico Supreme Court to certify, the commissioners voted 2-1 to sign off on the election and avert a broader crisis.

The delay in Nevada’s Esmeralda County — where Trump won 82% of the vote in 2020 — occurred amid distrust by voters fueled by unfounded voting machine conspiracies that have spread in the U.S. over the past two years.

Election experts say hand-counting of ballots is not only less accurate but extremely labor-intensive, potentially delaying results by weeks if not months in larger counties. They also say it’s unnecessary because voting equipment is tested before and after elections to ensure ballots are read and tallied correctly.

Under Nevada law, if there’s a tie after a recount the winner is determined by “lot” — a coin flip, roll of a die, draw of cards or straws. Democrat R.J. Gillum broke his 107-107 deadlock with Republican Delores “Dee” Honeycutt for Esmeralda County commissioner in November 2002 when each drew a jack from a deck in the courthouse in Goldfield — but his was a spade, which trumped Honeycutt’s diamond.

This story has been corrected to show that Esmeralda County is Nevada’s least-populated county, not smallest.

Associated Press writers John Locher in Goldfield, Nevada, Susan Montoya Bryan in Albuquerque, New Mexico, and Christina Almeida Cassidy in Atlanta contributed to this report. Stern is a corps member for the Associated Press/Report for America Statehouse News Initiative. Report for America is a nonprofit national service program that places journalists in local newsrooms to report on undercovered issues.

Crazy about racing? These 5 iOS Games Are Definitely Worth Trying