'Mama has no energy, Dada's resting': Family battles COVID-19 together in hospital 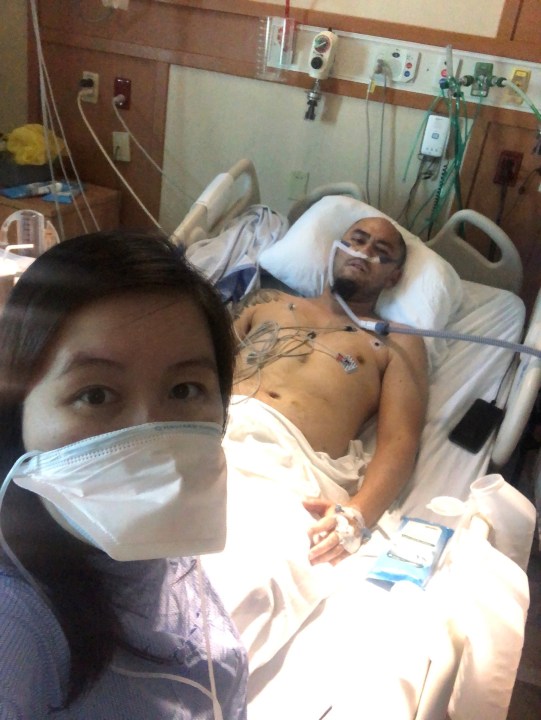 LAS VEGAS (KLAS) — An expectant mother and her husband were admitted to the hospital for COVID-19 just a day apart, and doctors believe their 1-year-old son is also positive.

Melissa Diep, 37, said her faith kept her strong during an extremely isolating week in the hospital. Her husband, Timothy Diep, 37, remained at MountainView Hospital in Las Vegas as of Monday, she said.

Neither of the Dieps received the vaccine before they got sick.

“I was considering it, but then we got hit,” Melissa Diep said.

At 26 weeks pregnant, she was waiting to have her child first. Her husband was about to make an appointment for the vaccine when he got sick.

“He was about to get scheduled for vaccination, but it was too late,” she told KLAS.

The Dieps’ 1-year-old son showed symptoms of COVID-19, but he was not tested.

“Our little boy was just lacking a lot of energy, and so what they were saying was he was most likely COVID positive,” Melissa Diep said.

“Mama has no energy today, and it’s so hard to talk,” she said in a video she sent to her son from her hospital bed. “Dada’s resting. We’ll see you soon.”


Experts ‘strongly encourage’ pregnant women to be vaccinated against COVID-19

WHO says measures used against delta should work for…

“I’m out, but I’m still having a hard time breathing,” Melissa Diep said from home while wearing an oxygen mask. She described her battle in the hospital as not just a physical fight, but a mental one, too.

“It’s lonely,” she said. “It’s frustrating, and it’s very humbling because there’s a lot of things that you just can’t do.”

Melissa and Timothy Diep were able to hold hands in the hospital.

Melissa Diep credits her faith with keeping her going and thanked her church community for its help.

“It’s been so beautiful to go through with my husband,” she said. “It’s strengthened us as a family, and it’s definitely strengthened my own faith journey.”

Doctors stress there are no known negative effects to getting the vaccine if you are pregnant. In fact, they said being unvaccinated and getting coronavirus poses more risks than the vaccine itself.

A study released in April showed babies born to infected mothers were at a higher risk of being delivered early and weighing less. Doctors urge patients to talk to them if they have questions.

The Centers for Disease Control and Prevention reported only about 22% of all pregnant women have received one or more doses of the COVID-19 vaccine.

Hit with #MeToo revolt, Blizzard Entertainment chief is out – The Denver Post

How sneaky passengers make it into first class on a plane…

Drivers urged to check they have 16 emergency items in cars…

How sneaky passengers make it into first class on a…

Hey Google, here’s a blueprint for a…

Drivers urged to check they have 16…

WHO says measures used against delta should work for…