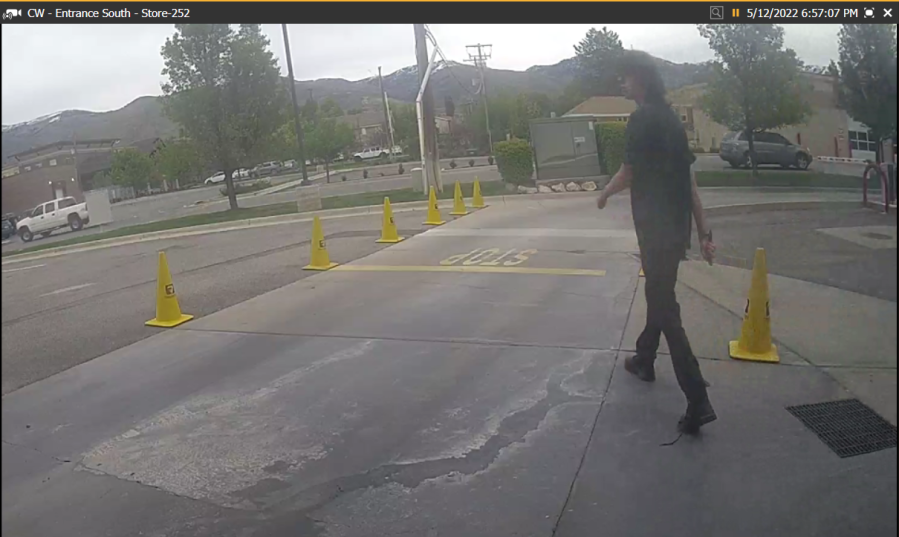 DAVIS COUNTY, Utah (ABC4) — Police have arrested a man accused of going on a stabbing spree in Bountiful, Utah, on Thursday, luring one victim through the dating app Tinder.

Authorities say Fairbank met with the first victim, an 18-year-old woman, at Mueller Park after communicating with her on Tinder. Fairbank allegedly lured the woman into his vehicle before stabbing her multiple times in the face, neck, and hands. Authorities say the man’s knife was nearly one foot in length, leaving the woman with “significant injuries.”

Deputies say the woman fought back against Fairbank and escaped from the vehicle. As she was running away, Fairbank stabbed her in the back, leaving her with a “life-threatening” injury, according to police.

As the woman continued fleeing, she approached several people at the park for help. Officials say good samaritans “took action and created a barrier” between the woman and Fairbank. When Fairbank noticed, authorities say he ran away, hopped into his car, and drove to a gas station in Bountiful.

The good samaritans were two nurses and an EMT who provided first aid to the woman while another eyewitness called 911.

When Fairbank arrived at the gas station, he allegedly threw away both the victim’s cell phone along with his own in an attempt to discard potential evidence. He also ditched his vehicle at the station, police say.

Fairbank then reportedly walked to a nearby neighborhood and spotted a 64-year-old woman. He approached her and stabbed her multiple times, authorities say. During the attack, the woman fell down but continued fighting. Fairbank told authorities he targeted the woman “because she was elderly, alone, and vulnerable.”

Arrest documents say when other people ran to her aid, Fairbank fled the scene. As he continued fleeing, an eyewitness spotted him and detained him until authorities arrived.

During questioning, Fairbank admitted to stabbing the two women, police say. He had allegedly planned to murder the first woman since their first interaction on Tinder. He told deputies he invited the woman to the park “with the intent of luring her into his car and killing her.” While holding her captive, he admitted to “actively trying to kill her by stabbing and cutting her with a knife.”

Fairbank told authorities he planned to go on a continued murder spree after stabbing the two women, police report. He allegedly spoke at length about his desire of killing his parents and siblings with a pickaxe. He also mentioned planning to live out of his car during this time, packing enough food to “sustain him through this endeavor. “

Fairbank has been arrested on five charges including murder, obstruction of justice, and aggravated kidnapping. He’s currently booked at the Davis County Jail.

“We’re asking the public to come forward with any surveillance video of Fairbank,” authorities say. “If you live or work in the area, please check your security devices between 6:30 p.m. and 8:30 pm. If you have information, video, or photos, please call Davis County non-emergency dispatch at (801) 451-4150.”