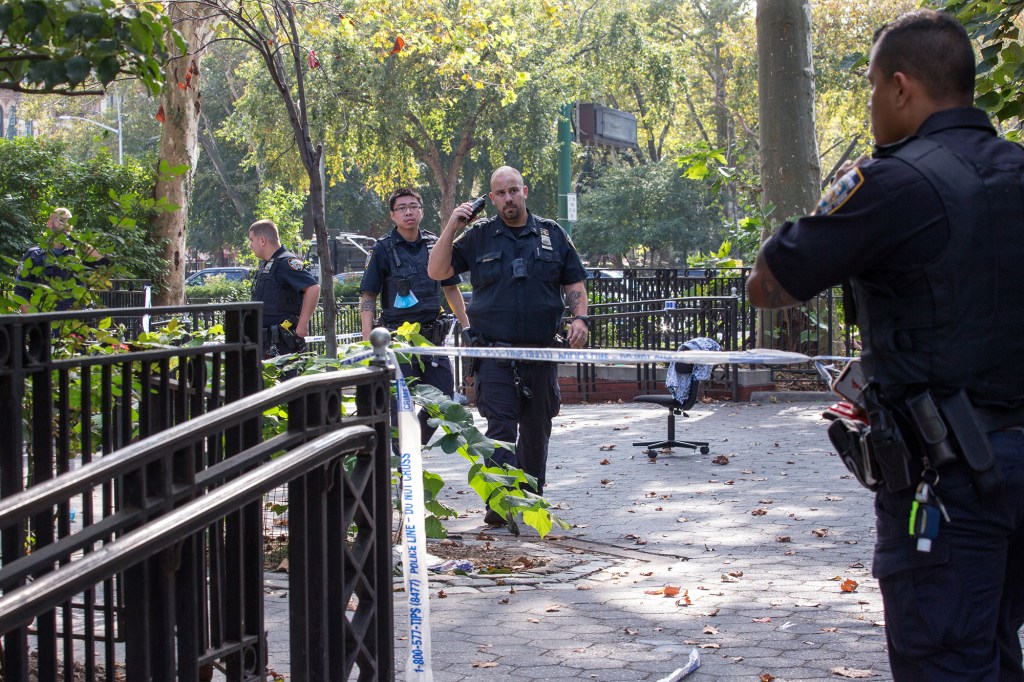 A knife-wielding man on a bicycle who went on a two-borough stabbing spree over the weekend — attacking a skateboarder on the Williamsburg Bridge in Brooklyn and then a man in a Manhattan park — has been charged with attempted murder, officials said Monday.

Omar Cartagena, 44, was riding a blue bike when he allegedly came up behind the 30-year-old skateboarder on the bridge around 10:30 a.m. Saturday and said, “Get the f–k out of the way,” before arguing with him and stabbing him in the chest, according to cops and court records.

The victim walked into an Urgent Care center and was taken to Elmhurst Hospital in critical but stable condition, cops said.

The slasher then rode to Sara D. Roosevelt Park on the Lower East Side and knifed a 33-year-old man in the chest around 1 p.m., cops said. That victim was taken to Bellevue Hospital in critical but stable condition, police said.

Cartagena fled the scene on his bike and went back to Brooklyn, where he was arrested for the Williamsburg Bridge attack, police said. He hasn’t yet been charged in the Manhattan stabbing.