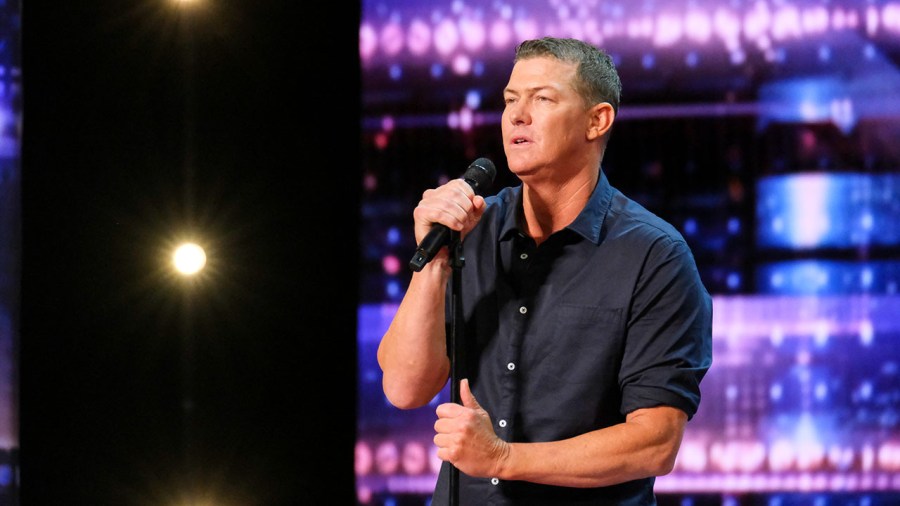 LOS ANGELES (NewsNation Now) — More than one year after the tragic death of his wife, Matt Mauser delivered a memorable performance and opened up about his late wife on “America’s Got Talent.”

Matt Mauser’s wife, Christina, was one of eight people who perished alongside NBA legend Kobe Bryant in a fiery crash after their helicopter plunged into a Southern California hillside last year.

The group of nine was traveling to a youth basketball tournament when their helicopter crashed into a steep hillside in the dense morning fog just outside of Los Angeles, prompting an outpouring of shock and grief from around the world. Aboard the plane were: Bryant, 41; his 13-year-old daughter Gianna; John Altobelli, 56; his wife, Keri Altobelli, 46; their daughter and Gianna’s teammate Alyssa Altobelli, 14; Christina Mauser, 38; Sarah Chester, 45; her daughter and Gianna’s teammate Payton Chester, 13, and pilot Ara Zobayan, 50.

Matt Mauser, 51, introduced himself and revealed the pain and heartbreak he has suffered throughout the last year. Christina Mauser coached basketball at Bryant’s Mamba Sports Academy.

“On January 26, 2020, I lost my wife in the same helicopter crash that killed Kobe Bryant,” Matt Mauser said to the judges.

He reflected on his relationship with his wife, explaining the pair’s immediate connection when they first met in 2004. The pair had three children together and were married 15 years.

“When she left that day, she kissed me, and she said, ‘I love you,”’ he said of his last day with his wife.

Matt’s children were at the audition to support their dad, cheering him on as he sang a soulful cover of Phil Collins’ 1984 single, “Against All Odds.”

Matt said he auditioned for the show because he knew his wife “would want me to carry on, and she would want our kids to have happy lives.”

After his audition, he was met with a standing ovation from the audience, with all the judges giving him yeses to advance to the next round.

Since the crash, new laws have been passed, including one that makes it a crime for first responders to take unauthorized photos of deceased people at the scene of an accident or crime.

Curious about that bird singing in your backyard? This app is like Shazam, but for bird sounds