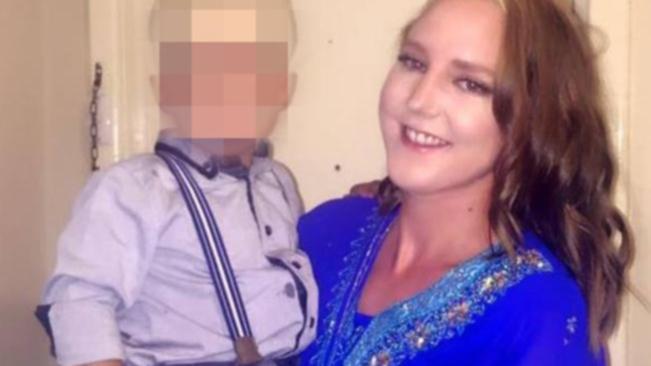 The sister of a woman accused of pulling over on an Adelaide highway and stabbing her two children has spoken out for the first time, telling social media her sister should have had her kids taken from her.

On Monday night, Megan Jayne Somerville, 35, allegedly pulled her silver Honda sedan over on the North-South Motorway, removed her two sons, aged 3 and 8, from the car and stabbed them.

Her sister, Jessica Somerville, on Tuesday took to social media, saying Megan had previously had contact with both SA Police and the Department for Child Protection.

“Despite repeated interactions with SAPOL and the Department of Child Protection, the system has failed to appropriately intervene,” Jessica said.

She said her nephews shouldn’t have been in her sister’s care and other alternatives should have been considered.

Jessica revealed her sister had been struggling with drug addiction and mental health issues over the last eight years.

“We are still learning how things got to this point and need time to understand what happened that led to this,” Jessica said.

“Megan has had severe mental illness and drug addiction problems for the past eight years and despite the efforts of family and friends, she has continued to deteriorate with a number of incidents over the years.”

In previous years, SAPOL reported Megan as a missing person while she was pregnant and held concerns for her welfare.

Alex Ellis, who witnessed the incident and pulled over to help, told 7 News he called emergency services.

“And just trying to figure out where all the wounds were coming from, but we couldn’t do that at the time … everyone was pretty shaken up.

He said some jumpers were used to cover the boys’ wounds.

“When I turned up there, there was an absolute champion who was helping, doing what he could to keep the situation under control,” Mr Ellis said.

“I just know that there was a knife not far away and I know he had restrained her and he told us that he prevented this woman from doing more stabbing.”

Mr Ellis said Ms Somerville seemed a “bit out of it”.

“I’ve got kids myself … you don’t like to see that sort of thing, it’s pretty horrific.”

Witnesses at the scene also told 7 News they heard the accused yell “Mummy loves you” to her children as she was removed from the incident in an ambulance.

In the Port Adelaide Magistrates Court on Tuesday, Ms Somerville was charged with two counts of attempted murder.

Magistrate Luke Davis remanded Ms Somerville in custody while an investigation was conducted into her mental competence.

Ms Somerville will again appear in court later this month.