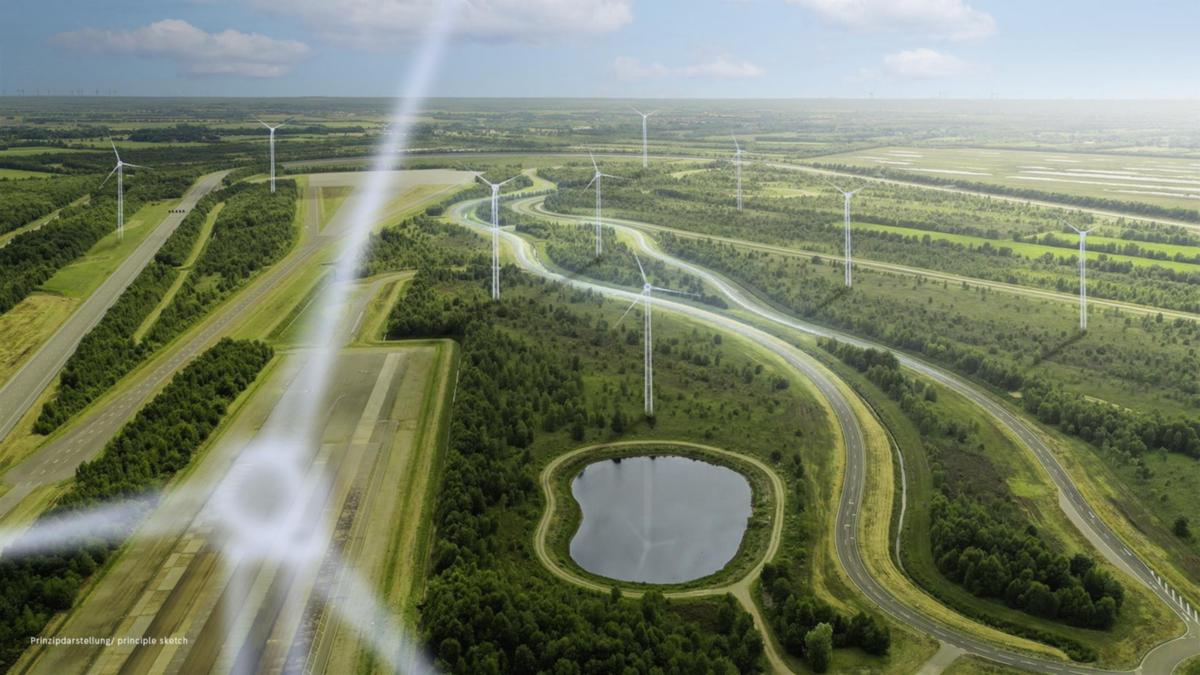 Mercedes-Benz says it wants to be CO2-neutral by 2039, and it’s not going to get there just by electrifying all its cars.

The company said this week it would install a wind farm at its Papenburg test track, which will generate about 15 per cent of its electricity needs in Germany – where it operates numerous factories.

The approximately 800-hectare Papenburg site in Germany’s north has been a big part of the company’s research and development activities since 1998.

Mercedes-Benz says it will have installed a “double-digit” number of wind turbines at the site by 2025, designed to output 100MW.

It adds that a “large-scale” installation of photovoltaic systems on the test site is also under examination.

“The targeted expansion of renewable energies at our own locations is an integral part of our sustainability strategy. With the realisation of the planned wind farm project in Papenburg, we are taking an important step in this direction,” said Mercedes-Benz board member for production and supply chain Jörg Burzer.

Mercedes-Benz says it wants more than 70 per cent of the energy it needs for production to be sourced from renewables by 2030.

It also wants to “at least” halve emissions per passenger car over the entire life cycle by 2030 compared to 2020.

“The most important levers for this are the electrification of the vehicle fleet, charging with green electricity, the improvement of battery technology and the comprehensive use of recycled materials and renewable energies in production,” it says.

Surveillance balloons were flown over U.S. at least three…

Surveillance balloons were flown over…